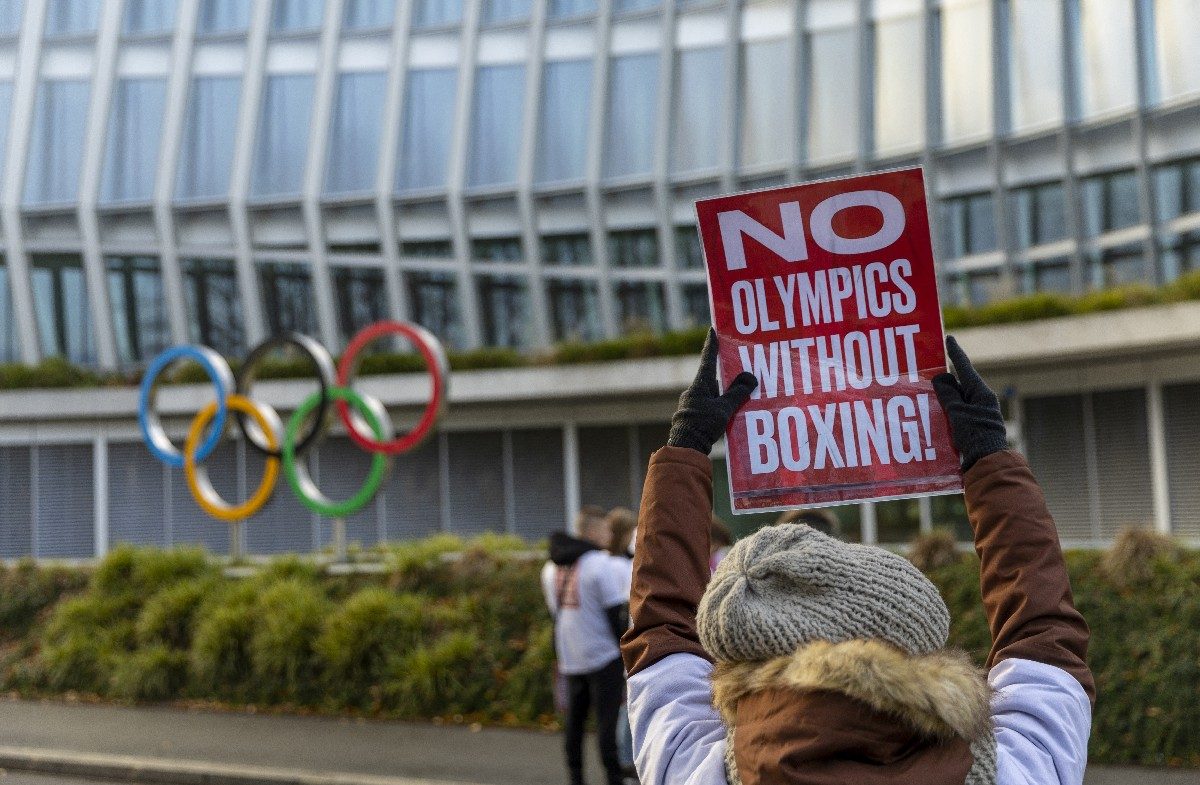 PROTEST. A woman holds a sign in support of boxing at the Olympics Games during the the Executive Board meeting of the International Olympic Committee in Lausanne, Switzerland.

The International Olympic Committee (IOC) on Thursday, December 22, raised the possibility of boxing being excluded from the 2024 Paris Games, saying its Russian-led world body showed it had “no real interest” in the sport or its athletes.

The International Boxing Association (IBA) was stripped of involvement in the 2020 Tokyo Olympics and boxing is not on the initial programme for the 2028 Los Angeles Games, pending reforms demanded by the IOC.

Qualifying for the Paris 2024 boxing tournament is being organized by the IOC but it said that concerns regarding the IBA mean it will take further decisions that “may have to include the cancellation of boxing for the Olympic Games Paris 2024.”

An IOC spokesperson said: “The recent IBA Congress has shown once more that IBA has no real interest in the sport of boxing and the boxers, but is only interested in its own power.

“The decisions and discussions to keep boxers away from the Olympic qualifiers and the Olympic Games cannot be understood differently.”

The IBA is run by Russian Umar Kremlev with backing from Russian energy firm Gazprom. The IOC spokesperson said the IBA extending its deal with Gazprom recently showed it had “no will to understand the real issues.

“The extension of the sponsorship contract with Gazprom as sole main sponsor of IBA reinforces the concerns, which the IOC has expressed since 2019 over and over again,” the spokesperson added.

“This announcement confirms that IBA will continue to depend on a company largely controlled by the Russian government.”

An extraordinary IBA congress in September voted against holding a new election, allowing Kremlev to remain as president, after a Court of Arbitration for Sport (CAS) ruling that Dutch candidate Boris van der Vorst was wrongly prevented from standing.

The spokesperson said the IOC’s concerns included the handling of the CAS decision.

“The IOC will have to take all this into consideration when it takes further decisions, which may – after these latest developments – have to include the cancellation of boxing for the Olympic Games Paris 2024.”

Earlier this month, the IBA accused Olympic organizers of “persecution” in response to its suspension over governance and finance issues. – Rappler.com