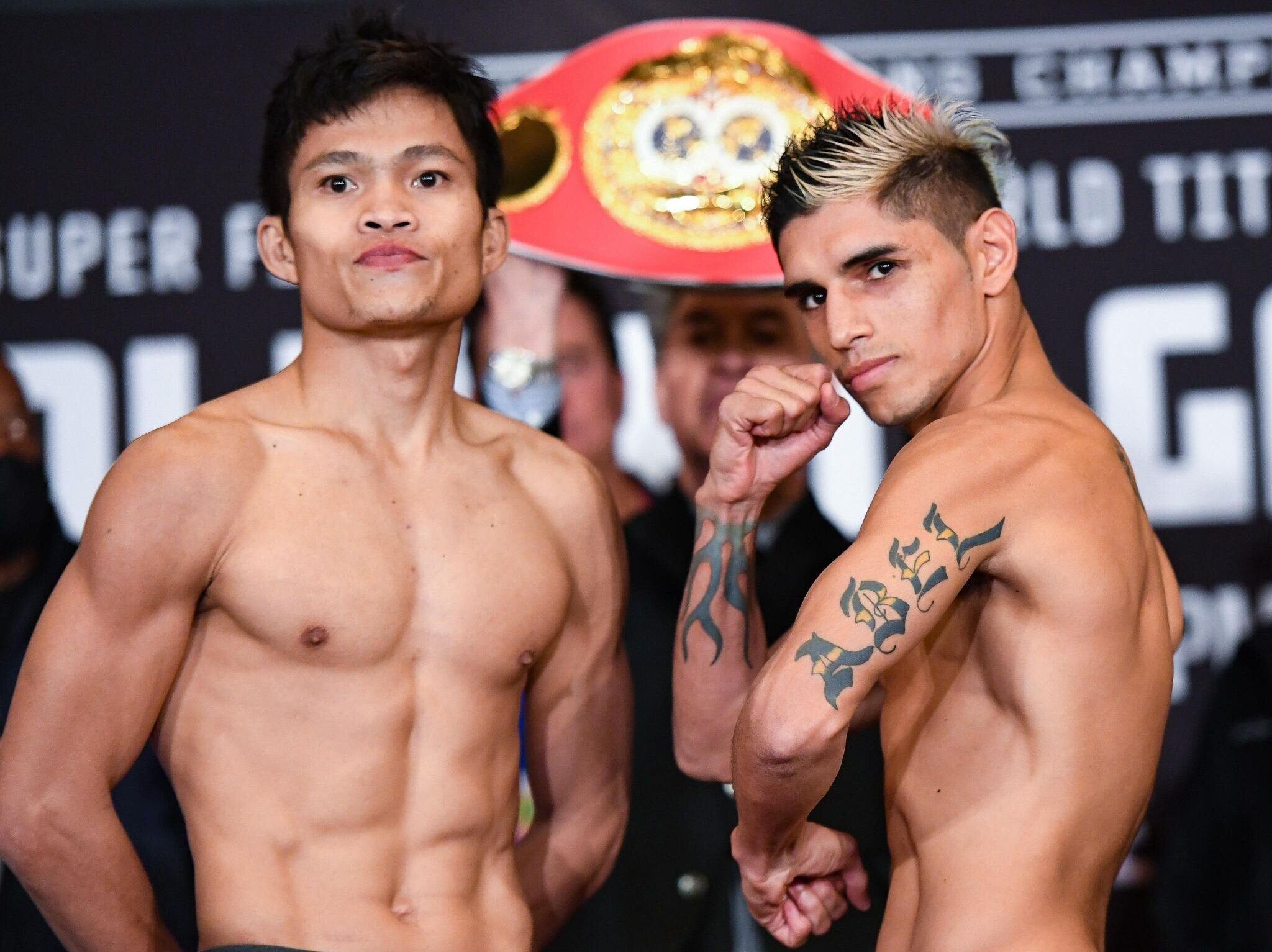 MANILA, Philippines – A knockout is most welcome, but Jerwin Ancajas doesn’t mind going the long haul against Fernando Martinez on Saturday, February 26 (Sunday, February 27, Philippine time) at the Cosmopolitan Arena in Las Vegas.

Ancajas said he’s prepared for whatever the unbeaten Argentine challenger intends to do over 12 rounds when they clash for his International Boxing Federation super flyweight crown.

As always, Ancajas will be the stalker and the hunter in his 10th defense of the 115-pound crown he clinched in 2016.

But once he gets Martinez on sight or hurt him, Ancajas will be ready to pounce and go for the kill.

“If there’s an opportunity, I’ll try to finish him off,” Ancajas said in Filipino.

Ancajas and Martinez showed they’re in peak form for the Showtime card, both coming under the limit at 114.5 pounds during the official weigh-in Friday. Come fight night, however, Ancajas expects to bulk up to 132 pounds or even 133, which would be his heaviest since turning pro in 2009.

Installed as a solid favorite by bookmakers, Ancajas (33-1-2, 22 knockouts) said he isn’t taking Martinez (13-0, 8 knockouts) lightly because the smaller Argentine was a former Olympian (2016 Rio de Janeiro) and had stints in the World Boxing Super Series and AIBA Pro Boxing.

“From what I saw in some videos of his fights, he always throws hard punches so I need to be careful,” said Ancajas, who’ll be matching the late, great Flash Elorde’s 10 successful title defenses in a single division (junior lightweight) if he beats Martinez.

“We’ll be assessing the situation each round and adjust accordingly,” said Jimenez. “As for the knockout, it will just present itself.”

Apart from a height and reach advantage of 2 ½ inches, the 5-foot-6 Ancajas will have a tremendous edge in pro experience over Martinez.

Ancajas has logged a total of 219 rounds while Martinez only has 68.

According to Ancajas, he needs to beat Martinez in order to pursue his stalled title unification with World Boxing Organization champion Kazuto Ioka.

They were supposed to tangle on New Year’s Eve in Tokyo, but the bout got scrapped following a spike in COVID-19 cases in Japan. – Rappler.com