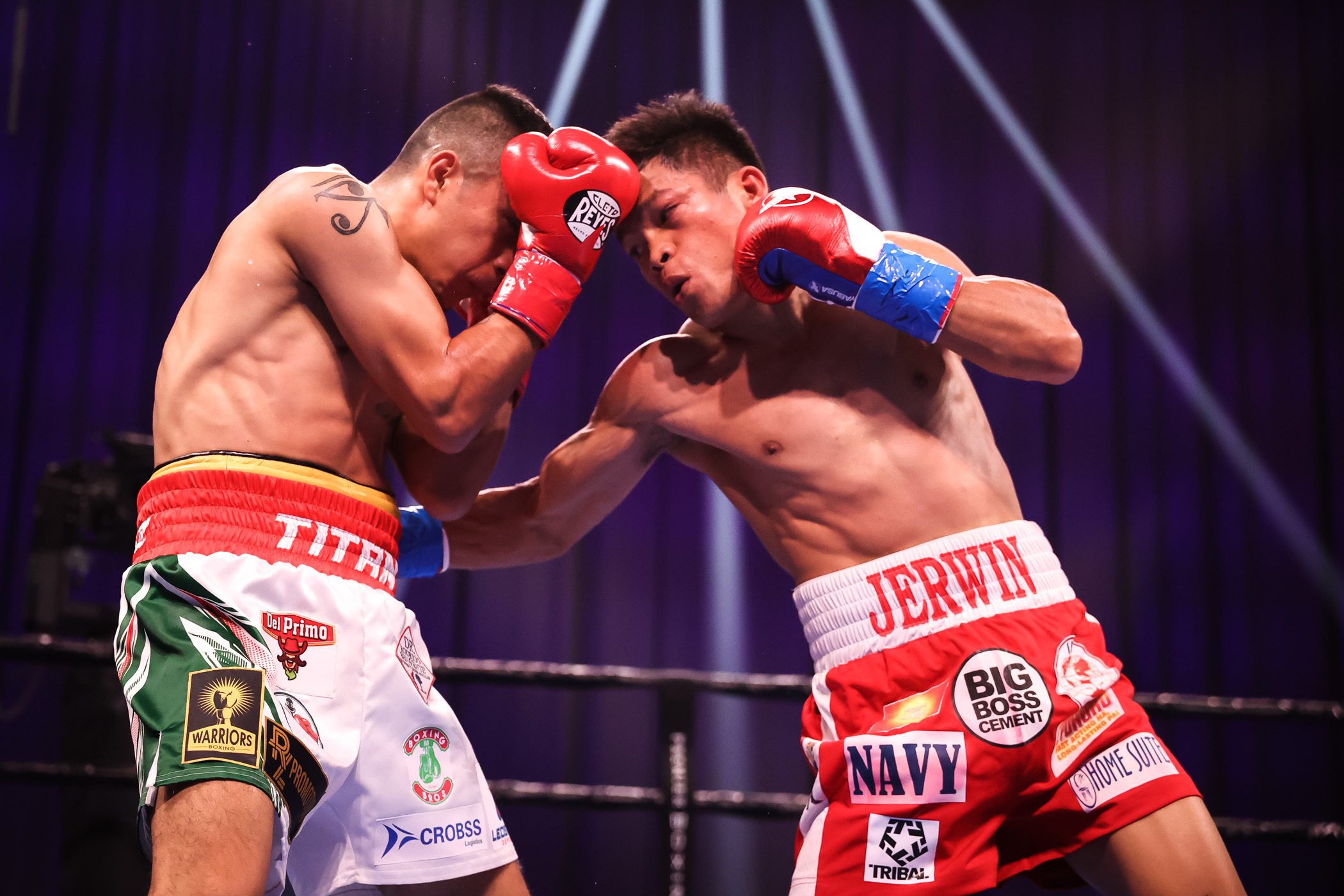 MANILA, Philippines – As Jerwin Ancajas stammered for the right words, Sean Gibbons butted in and supplied what he intended to say – late-round stoppage.

Ancajas was asked for his prediction on his 10th defense of the International Boxing Federation super flyweight crown against unbeaten Argentine Fernando Daniel Martinez on Saturday, February 26 (Sunday, February 27, Philippine time) at the Cosmopolitan Arena in Las Vegas, Nevada.

Always humble, Ancajas did not reply directly when the question was first asked in a Zoom interview aired on Joven Sports.

“I am prepared for the long rounds, but would go for it (knockout) when there’s an opportunity,” said Ancajas, who thinks highly of Martinez (13-0 with 8 knockouts).

“I’ve watched videos of his fights and he has an aggressive style. He also has a very good amateur background,” said Ancajas. “That’s why we (with trainer Joven Jimenez) aren’t taking him lightly and prepared hard for this fight.”

“He (Martinez) is coming to rumble,” said Gibbons, who likens Martinez’s style to that of another Argentine brawler, Marcos Maidana, a former two-division world champion.

Ancajas and Ioka were set for battle on New Year’s Eve in Tokyo, but the fight got postponed due to travel restrictions imposed by Japan following another COVID-19 surge triggered by the Omicron variant.

According to Ancajas, he has put the coveted fight at the back of his mind, baring that he only took a three-day break before returning to the gym with Jimenez.

Having difficulty with shorter opponents like Martinez, who is 2 ½ shorter at 5-foot-3 ½, Ancajas said he has trained well and is ready to adapt to whatever style the Argentine will bring into the ring.

Although he had fought in the United States six times (Stockton, Fresno, Corpus Christi, Oakland, and Connecticut twice), Ancajas feels excited because this will be the first time for him to strut his stuff in Las Vegas, considered the boxing capital of the world. – Rappler.com