Filipino boxing icon Manny Pacquiao made Mobile Legends: Bang Bang history as the only living person to have his own skin in the popular MOBA (multiplayer online battle arena) game.

The licensed skin for the hero Paquito, which is also based on Pacquiao, has been released on Tuesday, April 13 exclusively to Southeast Asian countries Indonesia, Singapore, Malaysia, and the Philippines.

“It is hard to say no when you have a hero inspired by you in the game, and now, they will give him a new skin which will have my name on it,” said Pacquiao about his collaboration with Mobile Legends developer Moonton.

According to the Mobile Legends team, the skin took 6 months to finish for the final design and skill effects.

The epic skin features a chiseled Pacquiao with his real-life tattoos, including the names of his wife Jinkee and children Jimuel, Michael, Princess, and Queen on his left arm. 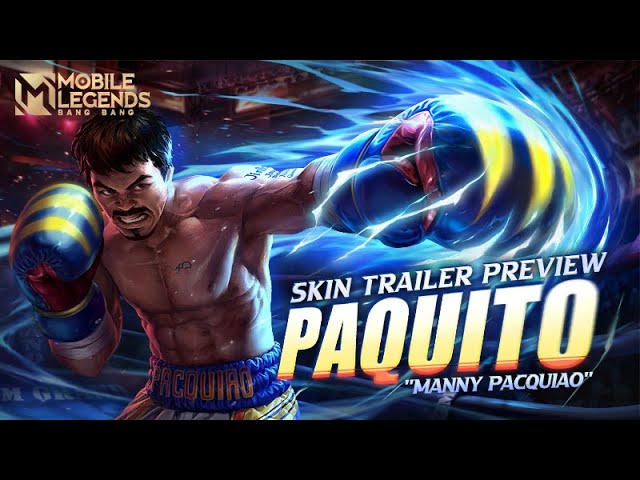 “Hundreds of photos of Manny were taken and collected to perfectly capture the in-game details such as tattoos, expressions, and other minute details,” said Mobile Legends country marketing manager William Mei.

The skin is expected to hit the big stage as Season 7 of the Mobile Legends Professional League Philippines (MPL PH) resumes after a two-week break.

According to MPL PH shoutcaster Renmar “Reptar” Sta Cruz, Paquito has been picked 15 times – all in the first phase of the draft – through the first two weeks of Season 7.

Discounted by 30% in the first week of its launch, the Pacquiao skin will be available in the Mobile Legends shop until September 15. – Rappler.com