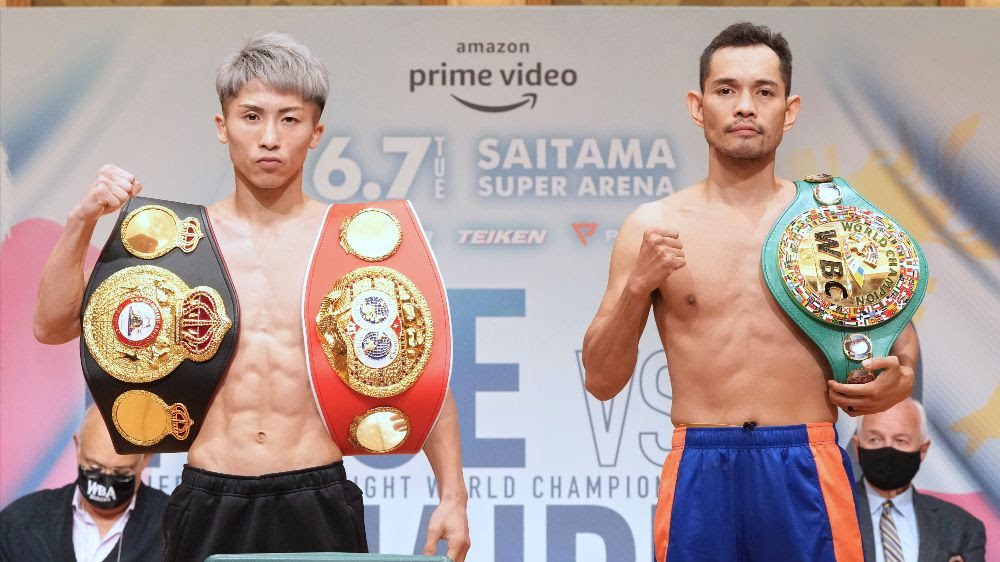 Facebook Twitter Copy URL
Copied
'I wouldn’t want this rematch if I didn’t think I could win this fight,' says Nonito Donaire as he eyes redemption against Naoya Inoue

Whoever can impose his will upon the other and land the potent punch is likely to win in their title battle on Tuesday, June 7, at Saitama Super Arena in Saitama, Japan.

They first clashed in 2019 in the World Boxing Super Series, with Inoue prevailing via unanimous decision in a slugfest that was hailed Fight of the Year.

That time, Inoue put down Donaire in the 11th round with a brutal body shot. Inoue, however, sustained lasting injuries with a fractured orbital bone and a broken nose.

Now, they’re going to tangle again in what could be either career-defining or career-ending for both.

Even at an advanced age of 39, Donaire believes he still has the skill and the power to slay the “Japanese Monster.”

“After the last fight, there was a fire burning inside of me – the motivation, the feeling that I wasn’t at my best, and I know I can beat him at my best,” Donaire said in the event’s final press conference.

“That was what was inside me going into the locker after the fight. I wouldn’t want this rematch if I didn’t think I could win this fight.”

Donaire, a future Hall of Famer who holds a 42-6 record with 28 knockouts, isn’t lacking in motivation either.

“I’m very, very motivated. This is the fight that I’ve been aiming for, to accomplish everything that I have not accomplished in boxing. I’ve accomplished everything in boxing except become the undisputed,” said Donaire, already a four-division world champion who also owns the distinction of being the oldest bantamweight champion and three-time ruler of the 118-pound division.

Owing to his sterling 22-0, 19 knockouts slate, Inoue is again favored to beat Donaire.

Inoue, who hired Filipinos KC Catajara (14-0, 12 KOs) and Dave Apolinar (16-2, 10 KOs) as sparring partners in preparation for the rematch, came in at an exact 118 pounds during the official weigh-in on Monday, June 6. Donaire came in lighter at 117.5 pounds.

While Donaire has admitted that Inoue can really punch, the “Filipino Flash” thinks his heart is bigger than Inoue’s punches.