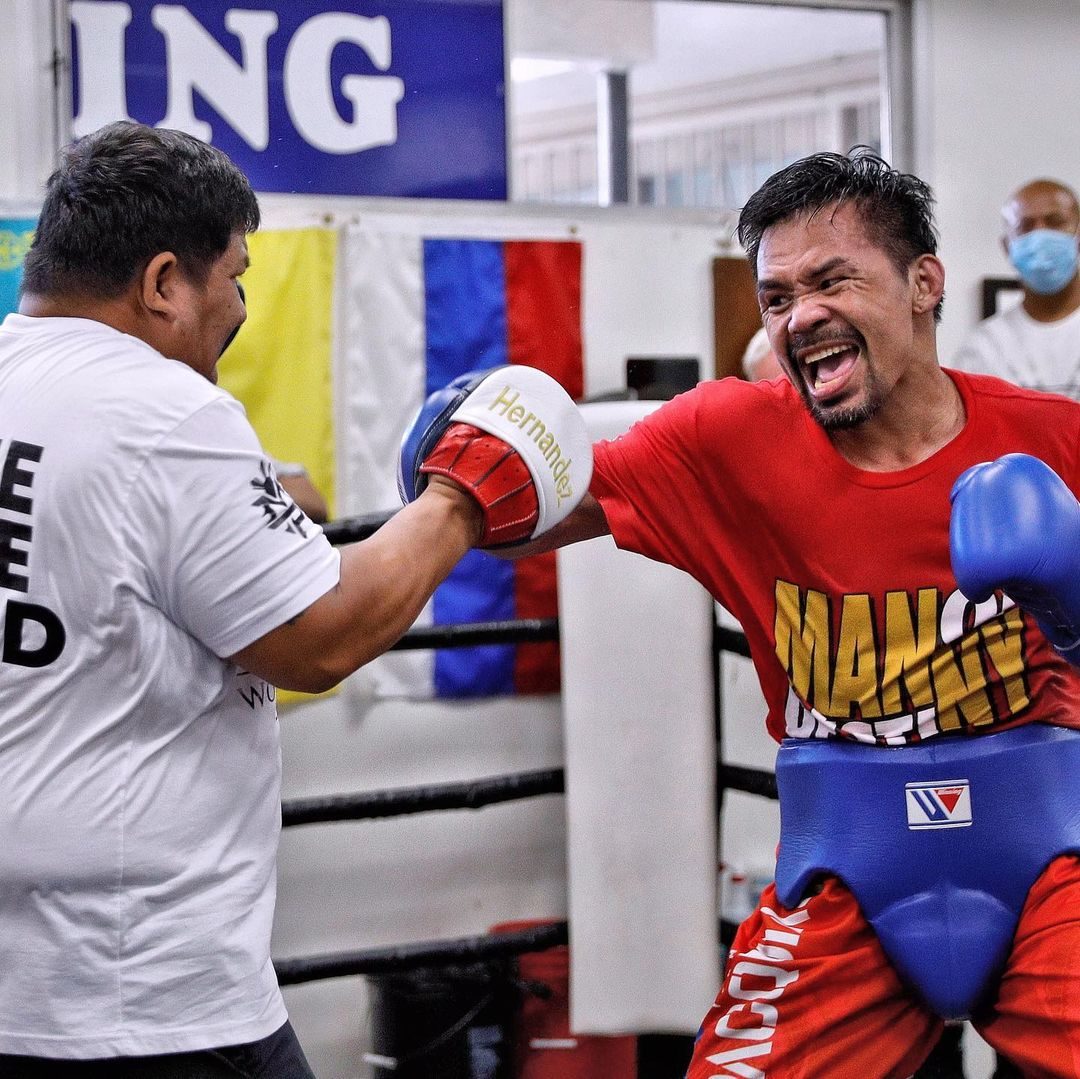 HARD WORK. Manny Pacquiao continues to push himself to the limit.

The last time that wooden stick was brought out for Manny Pacquiao’s training was 10 years ago.

But there it was for all the world and Errol Spence to see, Pacquiao getting hit repeatedly by conditioning coach Justin Fortune with that stick inside the ring at Wild Card Boxing Club in Hollywood.

It landed squarely, rhythmically at both sides of the mid-section and then the left and right arms of Pacquiao, who gritted and writhed as Fortune, a former heavyweight boxer, inflicted constant taps with assistant trainer Buboy Fernandez clocking each session.

To endure the pain better, Pacquiao muttered “ughs” and then a surprise “I love that” while throwing a menacing glance at Fortune.

And when the stick whipping was over, Pacquiao flicked a low jab on Fernandez, who pointed at Fortune as the culprit.

For the uninitiated, it may look like a melodramatic form of training for Pacquiao’s three-crown collision with Spence on Saturday, August 21 (Sunday, August 22, Philippine time).

For those who know martial arts, particularly the old school type, however, stick hitting serves its purposes.

And who can argue with the successes Pacquiao attained when the stick was a part of his training regimen for the likes of Oscar De La Hoya, Miguel Cotto, Juan Manuel Marquez, and Shane Mosley.

That Pacquiao at 42 years old chose to go through the pain again can only mean he wants to return the favor on fight night.

Whether the stick will cast a spell on Spence remains to be seen. – Rappler.com