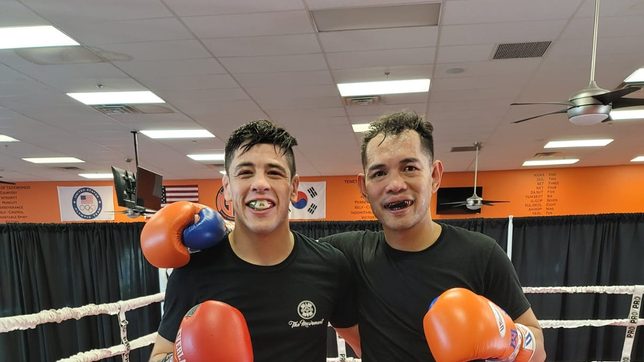 Brandon Moreno stunned the world last December when his championship bout against Deiveson Figueiredo ended in a majority draw and got billed as one of the greatest fights in the flyweight division.

Six months after their first matchup, Moreno put the final words in his underdog story with a UFC gold in his waist.

“The Assassin Baby” (19-5-2) became the first-ever Mexican-born UFC champion as he choked Figueiredo (20-2-1) in the third round of their UFC 263 fight on Saturday, June 12 (Sunday, June 13, Philippine time) at Gila River Arena in Glendale, Arizona.

The 27-year-old fighter out of Tijuana, Mexico looked more in shape and dropped Figueiredo in the first round with a sneaky jab. While the Brazilian juggernaut tried to fight back in the following rounds, Moreno remained on top and dictated the pace until the stoppage.

“This moment is so amazing,” Moreno said. “Watch me now, I’m holding this belt. This is unbelievable.”

“This is a real dream come true. I worked so hard for this belt. I have 10 years as a professional, 15 years training every single day… This moment is so special. Not just for me, but for all my people, for my country, for my family, for my team… For everybody,” he added.

After the fight, Moreno proudly lifted his belt in tears while screaming “Viva Mexico” to the roaring crowd in Arizona.

“Odds were against us. But when they are, we show up,” Donaire said. “Glad to have had camps side by side with you and sparred [with you] for this camp.”

During the post-fight conference, Moreno said being a Mexican champion is one of his goals and also gave credit to former Mexican MMA champions Cain Velasquez and Henry Cejudo for putting the sport on a different level in his country.

“I have so much respect for guys like Cain Velasquez and Henry Cejudo,” he said. “They put so much work into the sport for my country. Cain brought the UFC to Mexico back in 2014 and that was amazing. They put MMA on a different level.“

“I’m born in Tijuana. The government and huge companies don’t show support for mixed martial arts because it’s a new sport for the country. Now, with this belt, I know that I put the mixed martial arts on a different level too, and that feels amazing,” added Moreno.

The new champ’s underdog story started even before his clash against Figueiredo. Back in 2018, Moreno was cut from the roster during the flyweight division’s purge. Moreno now holds a 4-0-2 record since his return to the UFC.

“I definitely need to rest because my mental health is on the line. I need to rest a little bit, but I want to fight one more time this year and we’ll see. I’m so happy right now.” – Rappler.com