MANILA, Philippines – ONE 164: Pacio vs. Brooks, which goes down on December 3, just got more massive – literally and figuratively.

The big names just keep on pouring into the promotion’s return to the Philippines as ONE Heavyweight World Champion Brandon “The Truth” Vera will now battle dangerous Iranian Amir Aliakbari.

ONE chairman and CEO Chatri Sityodtong announced the match in a live interview with CNN, proving that ONE’s return to the Mall of Asia Arena will be one for the history books.

“I’m announcing to the Filipino fans that we have arguably the greatest heavyweight in Filipino history, a KO artist in Brandon Vera, versus another KO artist, Amir Aliakbari. Two heavyweight KO artists coming to meet, [and] there is bad blood,” Sityodtong said.

“Amir has talked trash to Brandon. Brandon originally wanted to welcome Amir, and now we have it – two heavyweight giants, two heavyweight KO artists. I guarantee this fight is going to end in the first or second round.”

Vera wanted a return fight to the Philippines so badly after a lengthy break that he didn’t even need to know his opponent was upon putting pen to paper and agreeing to the fight.

The fact that it’s Aliakbari that he’s facing only motivates him further, as he never really forgot the choice words that the Iranian had for him when the 34-year-old signed with ONE in 2020.

“I am more than ecstatic to be coming back to Manila. This is reminiscent of how my feelings are from [the time] ONE Championship first brought me out to Manila and we held the first show in MOA that I was part of. [I am] beyond excited. I cannot wait for this event,” he said.

“I said yes before I even knew who I was fighting. And that was already motivation, to have a date in the Philippines. Then I found out it’s against Aliakbari, that’s even more motivation to finish this fight.” 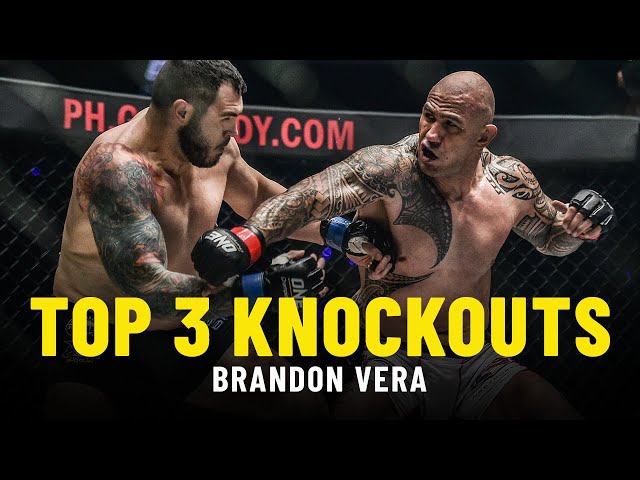 A day earlier, ONE Championship promised a massive return to the Philippines, announcing that ONE Fight Night 5 will also feature two-division king Reinier “The Dutch Knight” De Ridder, who will defend his ONE Light Heavyweight World Title against ONE Interim Heavyweight World Champion Anatoly “Sladkiy” Malykhin.

While Vera acknowledges the danger that Aliakbari presents, he noted that he just needs one clean shot to end the brash Iranian’s night.

The fact that he’ll be given 15 minutes to do so makes him like his chances even more.

“Aliakbari, he’s a big dangerous opponent, he’s scary. But we’ve seen it in the past. You just have to touch him,” Vera said.

“And in this fight, whether it be five, ten, fifteen minutes, what are the odds that I’m going to touch him on the chin? Ask yourself that and know that he’s going to go to sleep one way or another.” – Rappler.com

Tickets for ONE Fight Night 5 and ONE 164: Pacio vs. Brooks at the Mall of Asia Arena on December 3 are available at https://smtickets.com/events/view/11439.