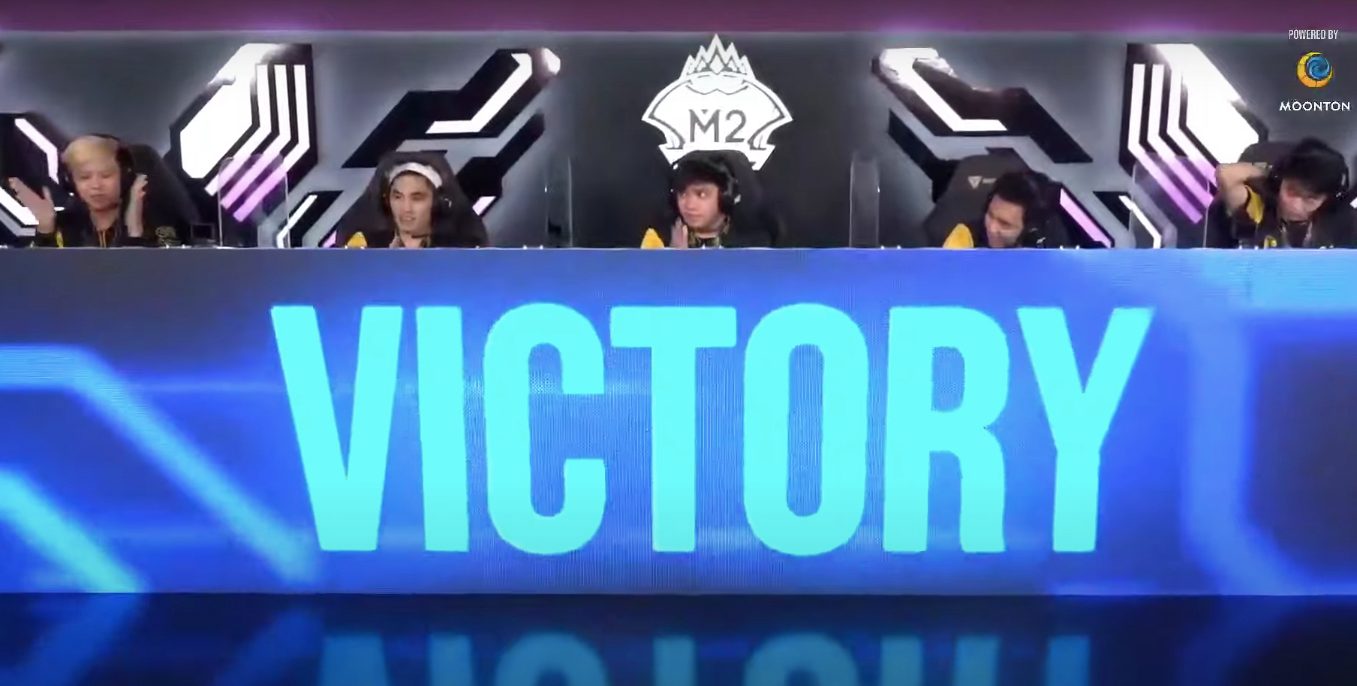 POWERHOUSE. Bren Esports proves its might in the group stage of the Mobile Legends M2 World Championships.

Bren Esports and Omega Esports got off to a sterling start in the Mobile Legends M2 World Championships in Singapore after wrapping up the group stage undefeated.

The Filipino teams both swept their respective groups as they both secured their berths in the upper bracket, where the path to the grand finals is much less complicated.

Alter Ego swept Bren Esports in the finals of MPL Invitational last year, but the Filipinos got their revenge against the Indonesians with a resounding 2-0 verdict in their best-of-three series.

Tank/support Lusty shone in Game 1 with a 5/2/12 KDA (kill-death-assist) with his Chou, while carry KarlTzy led in the series-clinching Game 2 with a 5/1/9 KDA with his Yi Sun-Shin.

KarlTzy also impressed against 10S Gaming Frost of Japan, registering the first savage – 5 straight kills – of the tournament with his Lance.

Omega Esports, meanwhile, took down Group B favorite Todak of Malaysia to open its campaign before it crushed Impunity KH of Cambodia with carry Hadjizy showing the way.

Bren Esports will face the Burmese Ghouls of Myanmar, while Omega Esports will tangle with RRQ Hoshi of Indonesia on Friday, January 22 for a spot in the upper bracket finals. – Rappler.com