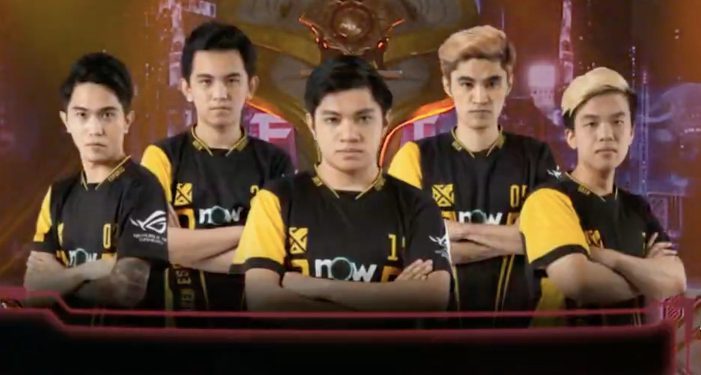 STILL ALIVE. Despite the stunning sweep, Bren Esports remains in contention for the championship.

Facebook Twitter Copy URL
Copied
Undefeated in the group stage, Bren Esports and Omega Esports meet their match in the form of the Burmese Ghouls and RRQ Hoshi, respectively

Bren Esports and Omega Esports both sustained heartbreaking sweeps as they got relegated to the lower bracket of the Mobile Legends M2 World Championships in Singapore on Friday, January 22.

The two teams entered the playoffs riding high from their unbeaten group stage run, but Bren Esports and Omega Esports met their match in the form of the Burmese Ghouls and RRQ Hoshi, respectively.

Considered as title favorites after beating powerhouse Alter Ego in the group stage, Bren Esports surprisingly suffered a sweep against the motivated Burmese Ghouls of Myanmar in their best-of-three series.

Hardly anyone picked the Burmese Ghouls to win, but they methodically ripped the Filipinos apart by taking out the comfort picks of Bren Esports carry KarlTzy.

The Burmese Ghouls crushed Bren Esports in less than 13 minutes in Game 1, wherein KarlTzy (Claude) posted a 2/4/2 KDA (kill-death-assist), a far cry from his counterpart ACE (Yi Sun-Shin) who tallied a stellar 6/0/11 KDA.

Bren Esports lasted longer in the second match only to witness the Burmese Ghouls dominate anew to secure the 16-minute finish and a spot in the upper bracket finals.

Meanwhile, Omega Esports posed an early threat to RRQ Hoshi of Indonesia before crumbling late in Game 1 and Game 2 in their best-of-three affair.

Omega Esports gained the upper hand in Game 1 with all of its inhibitor turrets still standing and RRQ Hoshi having only its base turret remaining.

However, RRQ Hoshi kept its composure behind Albert (Ling) and Psychoo (Benedetta) as it eventually killed the Lord to wrap up the thrilling 34-minute match.

After surviving one of the longest games of the M2 Worlds, RRQ Hoshi proceeded to win one of the quickest matches of the tournament, thwarting Omega Esports in just 10 minutes in the series-clinching Game 2.

The Burmese Ghouls and RRQ Hoshi will face in a best-of-five upper bracket finals, with the winner advancing to the grand finals.

Bren Esports will clash with Todak of Malaysia, while Omega Esports will battle Alter Ego of Indonesia on Saturday as they both try to stay alive. – Rappler.com