World No. 1 Alcaraz to miss Australian Open with injury 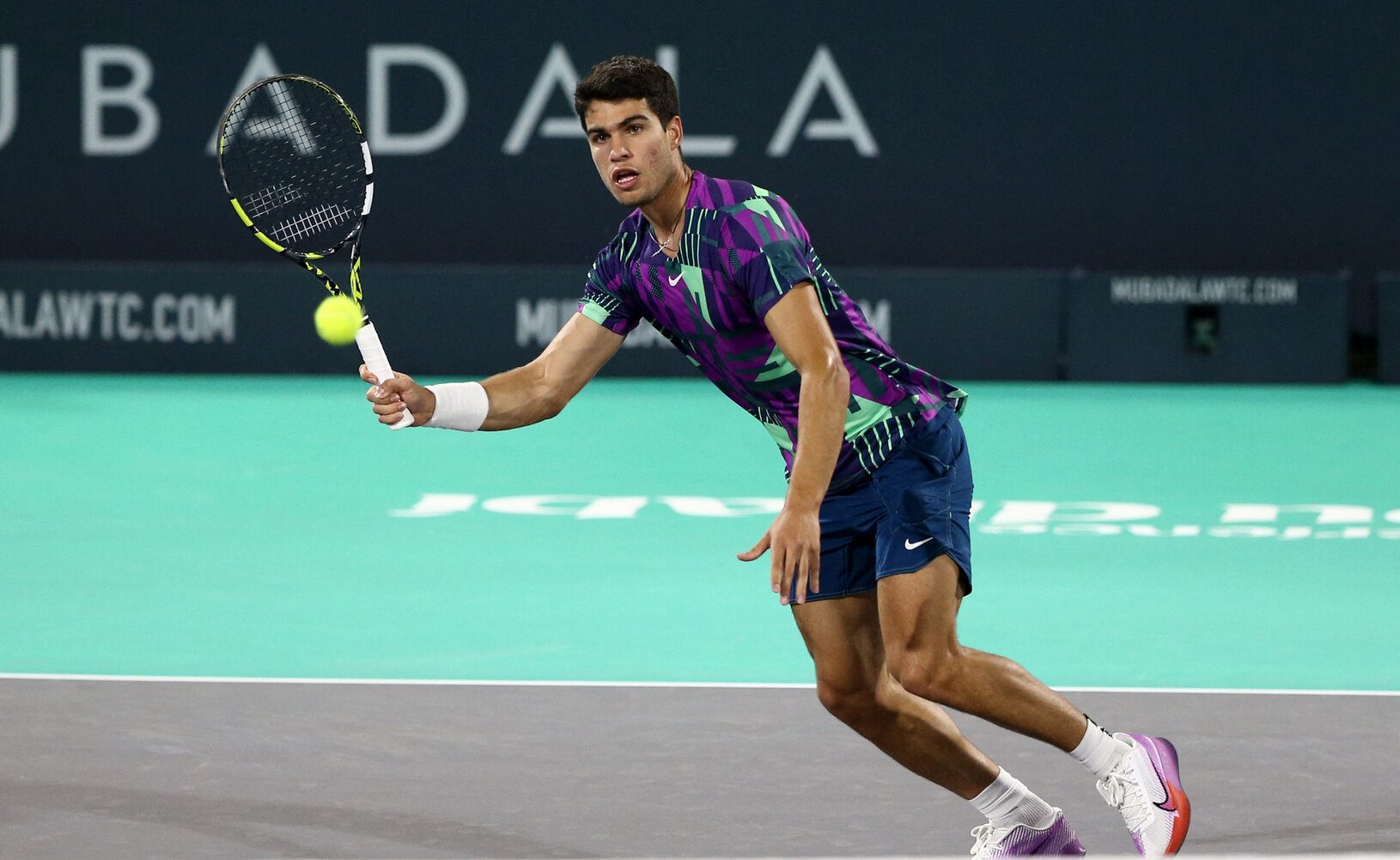 SETBACK. Carlos Alcaraz says he was in his best form just before the injury.

World No. 1 Carlos Alcaraz will not play in the Australian Open after picking up a right leg muscle injury during preseason training, the Spaniard said on Friday, January 6.

“When I was at my best in preseason, I picked up an injury through a chance, unnatural movement in training. This time it’s the semimembranosus muscle in my right leg.” he wrote on Twitter.

“I’d worked so hard to get to my best level for Australia but unfortunately I won’t be able to play the Care A2+ Kooyong or the Australian Open. It’s tough, but I have to be optimistic, recover and look forward. See you in 2024,” he added.

“We’re sorry we won’t be seeing you this year @carlosalcaraz. Wishing you a swift recovery. See you back on court soon,” the official Australian Open account said on Twitter.

The 19-year-old claimed his maiden major title at last year’s US Open, which also made him the youngest ever men’s world No. 1.

Before the start of the first Grand Slam of the year, he said he was nearing full fitness ahead of the new season, having missed the ATP Finals and Davis Cup due to an abdominal injury sustained at the Paris Masters.

Alcaraz replaced Russia’s Daniil Medvedev at the top of the rankings after beating Norway’s Casper Ruud in the US Open final in September by electrifying the crowd with his acrobatic shot-making, hard-hitting forehand, and emphatic fist pumps.

Tennis fans were looking forward to witnessing one of the sport’s brightest young stars at Melbourne Park, who could have faced nine-time Australian Open winner Novak Djokovic, or fellow countryman Rafa Nadal, the defending champion. – Rappler.com