DETERMINED. Carlos Yulo says he knows what he needs to do to reach his goal: an Olympic gold medal.

With just a year to go before the Paris Olympic qualifiers, Yulo will focus on training and improving himself, while aiming to excel in major competitions in 2022.

(It’s the Olympics that really motivates me. I really want to win the gold in 2024. I really, really want the gold. I know what the Olympic experience is like and I’ll do my best in training in order to inch closer to my goal.) 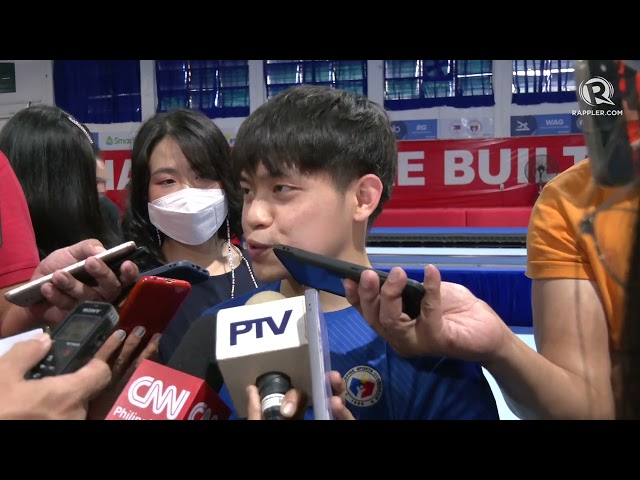 Yulo will be participating in the Southeast Asian (SEA) Games in Vietnam in May, Hangzhou Asian Games in September, and Artistic Gymnastics World Championships in Liverpool, United Kingdom, in October.

The Tokyo-based gymnast will be participating in all apparatuses in the SEA Games, but Yulo and his team believe he can bring home three golds for the Philippines in the floor exercises, vault, and parallel bar events.

Yulo will also be making adjustments to the routine of his pet event, floor exercises, due to the new rules of the International Gymnastics Federation.

His retooled performance will make a debut in the SEA Games, where he hopes to make up for his dismal finishes in the floor exercises in 2021. Last year, Yulo failed to qualify for the floor exercise final in the Tokyo Olympics and finished fifth in the world championships.

Coach Munehiro Kugimiya has already drafted Yulo’s training plan for Paris 2024 and is confident that the Filipino gymnast can win gold medals in all his 2022 events.

“I already discussed [with Yulo] and made plans. We can get gold in all the competitions,” said Kugimiya.

“After April 3, we’ll have [a lot] of training [before he goes back to university]. For Paris, we have to get gold, so I have to make the environment and facility good.”

In 2021, Yulo narrowly missed an Olympic podium finish as he landed fourth place in the men’s vault event. Though he failed to defend his world championship gold in the floor exercises, he took home the world title in the vault event and bagged silver in the parallel bars. – Rappler.com