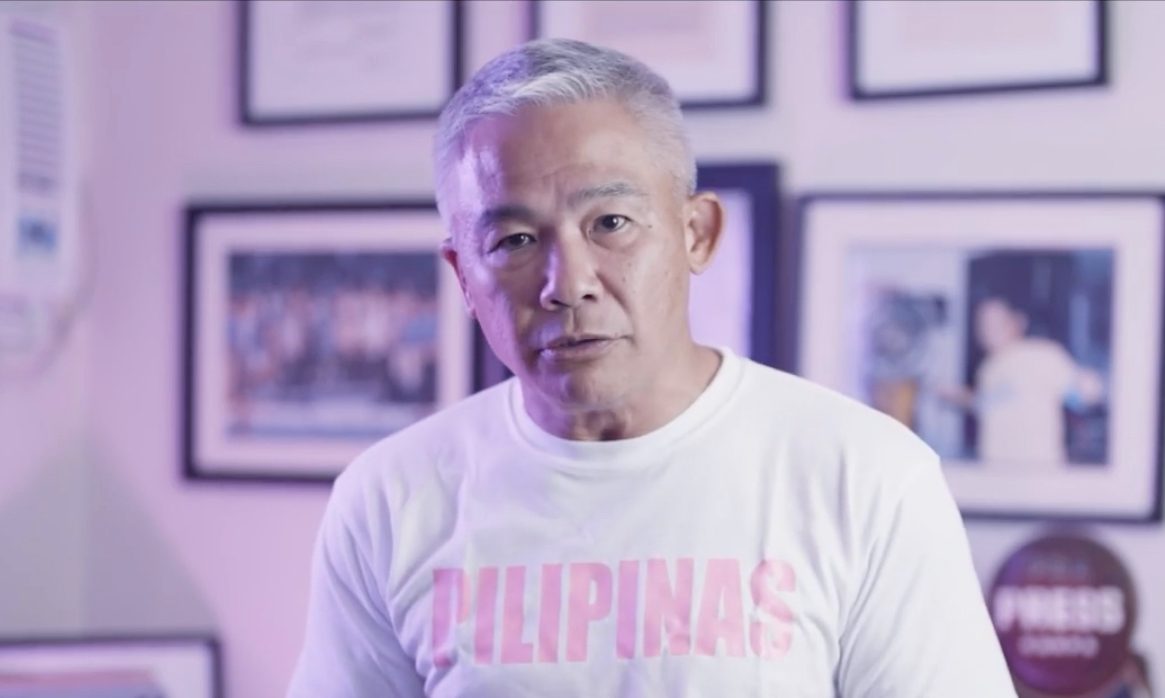 Reyes threw his support behind Robredo through a minute-long video showing reasons why he wants to vote for the lone female presidential bet in the May elections.

The only five-time PBA Coach of the Year said Robredo possesses the “puso” – Gilas Pilipinas’ battle cry – for the country and the Filipino people.

(Heart is the love for country that can be seen through programs that lift the lives of our countrymen.)

“Puso ay ang tapang. The courage to never give up no matter the odds. Maski siraan ka na, maski pinipilit ka nilang pinapabagsak, just never, never ever give up.”

Guiao compared Robredo to a “take-charge player” who knows how to make the right decisions during difficult situations.

(Through storms, earthquakes, calamities, pandemic, and everything else, the heart is seen through the quick response to the needs of our countrymen, no matter what they are.)

Set to coach Gilas Pilipinas in the 2023 FIBA World Cup, which the Philippines will co-host with Japan and Indonesia, Reyes said he would be honored to represent the country with Robredo as its president.

(As a coach and a Filipino, I know that I can face other countries and be proud that I am Filipino, especially if it is Leni Robredo who is our president.)

Reyes called on his fellow Robredo supporters to continue their work on the ground, saying the last couple of weeks before the elections are the most crucial.

(The fight is still not over. It is the last two minutes and we do not have a timeout. We need teamwork. We have to work together so we can be proud that we are Filipinos.) – Rappler.com