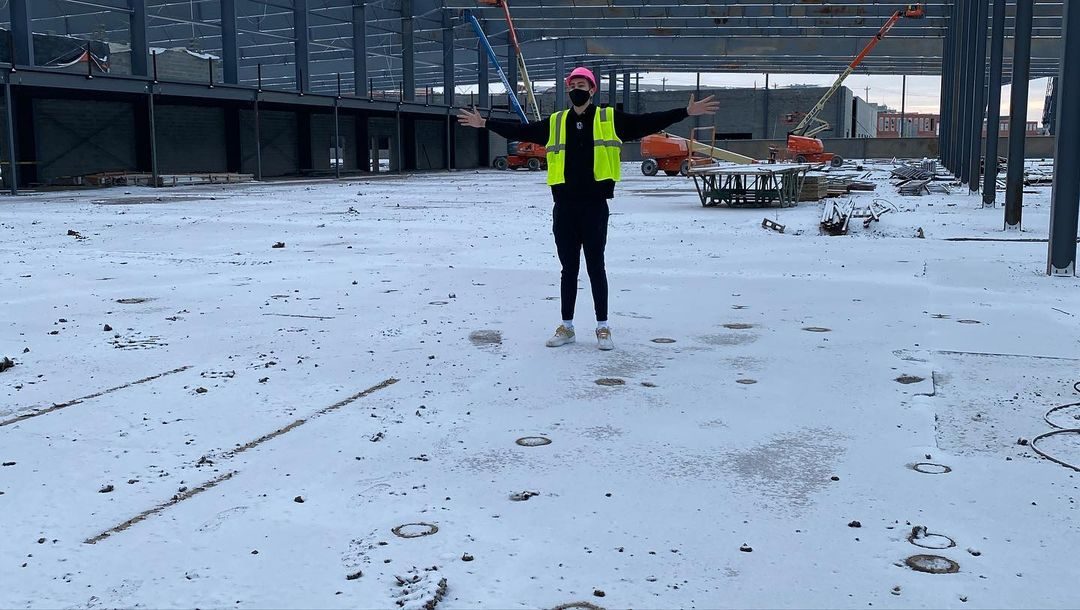 BIG PROJECT. Kai Sotto visits the construction site of his basketball academy in the US.

As Kai Sotto continues to chase his elusive NBA dream, the 18-year-old Filipino standout is one step closer towards opening his dream basketball academy in Hamilton, Ohio.

On Thursday, January 28 (Friday, January 29, Manila time), Sotto shared an update on his Kaiju Global Academy, which he first announced in December.

“This right here is a dream coming true. Workers are busy building and very soon, the Spooky Nook Champion Mill will open and will be the permanent home to the first ever Kaiju Global Academy,” shared Sotto.

The Kaiju Global Academy, which is being built within Spooky Nook – a 1.3 million-square-foot sports facility in Hamilton – will feature more than 20 basketball courts, football fields, an indoor rock climbing wall, an indoor track oval, batting cages and an on-site hotel.

According to Sotto, Kaiju is the Japanese term for monster, beast and strange creature, and it perfectly captures the ideal basketball competitor that he aims to be.

Growing up playing basketball on dirt and concrete in the streets of Las Piñas City, Sotto wishes to create a world-class performance center for young athletes following his footsteps.

“I grew up playing on dirt and concrete basketball courts in the Philippines so to have a playground and performance center like this for all athletes around the world to come to is such a blessing,” said Sotto.

“It’s going to be a place that’s safe and world-class, where the leadership, trainers and coaches are here for the holistic development of the athlete. It will be an amazing community; the Kaiju Way will be our way of life!” he added.

The 7-foot-3 Sotto is set to join Gilas Pilipinas in the third and final window of the FIBA Asia Cup 2021 Qualifiers in Doha, Qatar in February, but will most likely miss Ignite’s campaign in the NBA G League bubble as the schedules coincide with each other. – Rappler.com