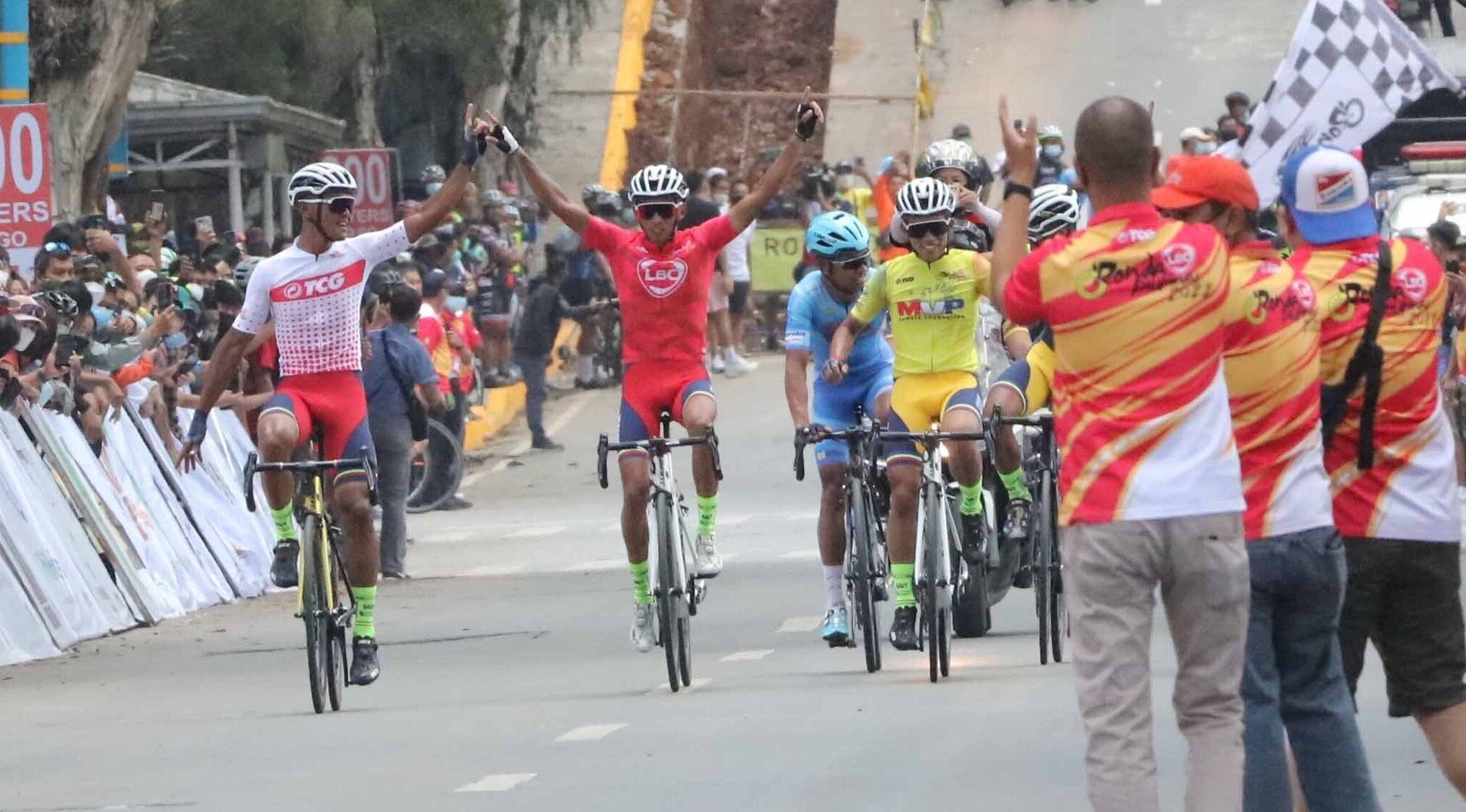 CHAMP. Ronald Lomotos celebrates his win as he crosses the finish line.

BAGUIO CITY, Philippines – Ronald Lomotos of Navy Standard Insurance used the 10th and final stage as a victory ride on Sunday, March 20, to crown himself champion of the 11th LBC Ronda Pilipinas that ended at the Burnham Park of this mountaintop city.

Lomotos, 27, was with the group that included his team captain and closest pursuer Ronald Oranza when he crossed the finish line of this 3.1-kilometer criterium at 20th place in 1 hour, 17 minutes, and 50 seconds.

And after 10 stages of more than 1,000 kilometers of flat roads and mountain passes from different cities and towns starting in Sorsogon, the San Felipe, Zambales native has crowned himself Ronda king and with the cash purse worth a cool P1 million to boot.

The 29-year-old Oranza, the 2018 winner who was met by his whole family here, fell to second place after coming close to snaring his second crown after coming into the penultimate Santiago, Isabela-Baguio Stage 10 as the red LBC jersey wearer.

But as fate would have it, Oranza came seconds short of achieving his goal after Lomotos rose from the ashes and delivered a performance to remember in the mountains of Kayapa and Bokod, Nueva Vizcaya.

Navy also claimed its seventh Ronda team crown with a total clocking of 103:56:27 while claiming other individual awards – Oranza (Twin Cycle Gear King of the Mountain), and Jeremy Lizardo (MVP Under-23 and Gogo Express Top Rookie).

Interestingly, the only trophy Navy failed to snare was the award that its patron is sponsoring, the Standard Insurance Sprint King plum, that went to Felipe.

Excellent Noodles, a team managed by Alex Billan, for its part, had an exceptional Ronda debut as it finished second in the team race at 35:56:34, while sending 12 of its riders to podium finishes including six stage wins that was capped by Ryan Tugawin’s victorious Stage 10 effort in 1:17:15.

“Having riders in the podium finish in all 10 stages and ending up second overall is already a blessing,” said Billan, who has been competing and patronizing executive races before joining Ronda for the first time.

Oconer was second with the same clocking while Go for Gold’s Ronnilan Quita was third in 1:17:16.

Meanwhile, Excellent Noodles racing captain Santy Barnachea announced that he would be retiring for good after delaying it to lead his squad to a solid performance.

“I’m retiring after 25 years in cycling, I will focus on coaching,” said the 47-year-old two-time Ronda winner.