Facebook Twitter Copy URL
Copied
After their controversial first meeting last year, Ok Rae Yoon and Christian Lee run it back in the main event of ONE 160

Danny “The King” Kingad has an interesting take on the upcoming rematch between ONE Lightweight World Champion Ok Rae Yoon and Christian Lee.

Ok and Lee will run it back in the main event of ONE 160 on Friday, August 26, at the Singapore Indoor Stadium in a rematch that could put a lid on their controversial first meeting last year.

The South Korean surprised the world when he survived Lee’s early aggression and secured enough points to come away with a unanimous decision win.

“In that match, Lee was more complete. He wrestled, had strikes, he controlled. He really did everything, that’s why I felt like he deserved the win,” Kingad said. 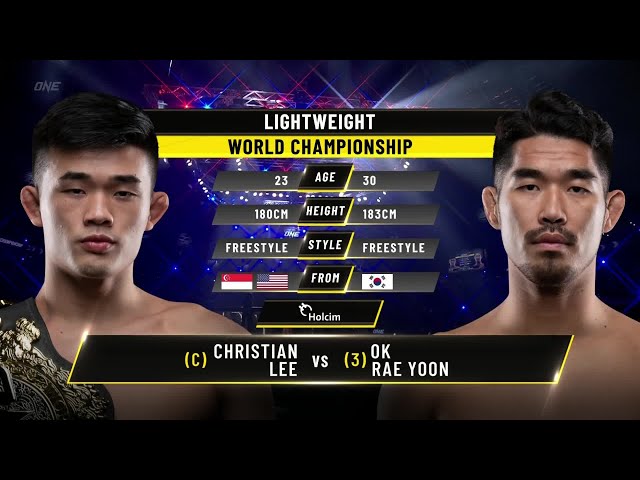 But while he agreed with Lee, Kingad believes Ok is in a good position to defend the strap.

Knowing what Lee brings to the table, “The King” believes Ok must defend the takedowns and the grappling exchanges. Kingad also thinks Ok is a much better striker than the two, and if he can defend Lee’s early onslaught, he expects the World Champion to retain his strap.

“In the rematch, I feel like things could be different. If Ok Rae Yoon’s wrestling defense has improved, he’s going to take it,” Kingad said.

“It all boils down to how he deals with Christian’s grappling, and if he can overcome that, he’ll take it.” – Rappler.com