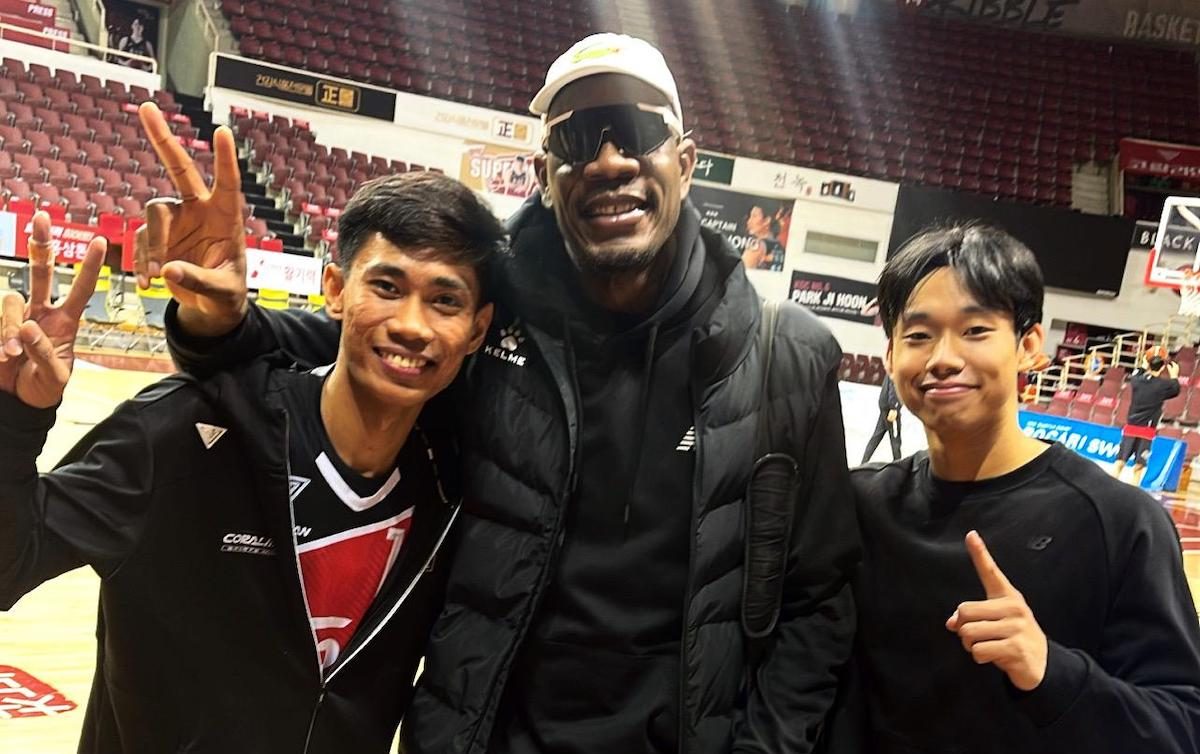 FAMILIAR FACE. Dave Ildefonso (right) will team up with PBA import Lester Prosper (middle) as he beefs up the Suwon KT Sonicboom.

MANILA, Philippines – Korea is officially the next stop for Dave Ildefonso.

Korean Basketball League (KBL) club Suwon KT Sonicboom formally announced the signing of the former Ateneo Blue Eagles standout on Sunday, January 8, as they continued to beef up their roster.

The second-generation star is seen as a key acquisition for a Suwon side that has turned things around since the addition of PBA import Lester Prosper.

Once at the bottom of the 10-team league, the Sonicboom currently sit at seventh place with a 13-16 record after winning six of their last seven games.

Ildefonso ended his UAAP career on a high note, earning a spot in the Mythical Five for Season 85 and helping lead the Blue Eagles to their third championship in four seasons.

Suwon, though, will have to wait a little longer before Ildefonso debuts.

According to a report by Korean basketball publication Jumpball, Ildefonso will play his first KBL game the earliest on January 19 against the Seoul Samsung Thunders. – Rappler.com