Djokovic back in practice, family hails ‘biggest victory of his life’ 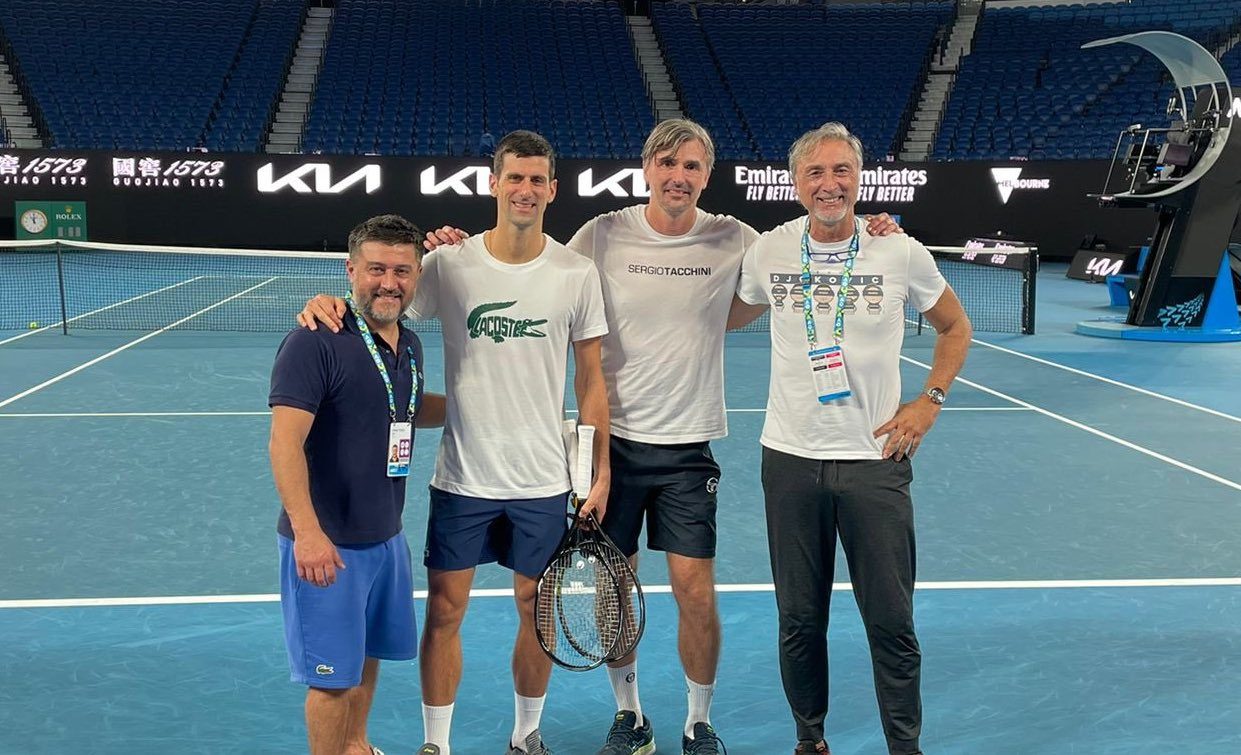 GEARING UP. Novak Djokovic plunges back to action as he prepares for the Australian Open.

Facebook Twitter Copy URL
Copied
'Despite all that has happened, I want to stay and try to compete in the Australian Open. I remain focused on that,' says world No. 1 Novak Djokovic

BELGRADE, Serbia – World No. 1 Novak Djokovic returned to training after being released from Australian immigration detention on Monday, January 10, posting a picture with his team from Melbourne Park and thanking the judge for overturning his visa cancellation.

“I’m pleased and grateful that the judge overturned my visa cancellation. Despite all that has happened, I want to stay and try to compete in the Australian Open. I remain focused on that. I flew here to play at one of the most important events we have in front of the amazing fans,” the Serbian wrote on Twitter.

“For now I cannot say more but thank you all for standing with me through all this and encouraging me to stay strong.”

The player’s family said his release was the “biggest victory of his life.”

“Novak is free and just a moment ago he went to the tennis court to practice,” Djokovic’s brother, Djordje, told a press conference in Belgrade.

“He’s out there to set another record. He is an athlete and the best tennis player in the world of all times. Novak has always advocated freedom of choice, nothing more. The Djokovic family is pleased that justice has prevailed.”

The Australian government, however, could still deport Djokovic. A spokesman for Immigration Minister Alex Hawke said that he was considering using his personal power to again revoke Djokovic’s visa.

Earlier on Monday, Judge Anthony Kelly ruled that the federal government’s decision to cancel Djokovic’s visa last week amid a row over his medical exemption from COVID-19 vaccine requirements was “unreasonable” and ordered his release.

“Truth and justice have come out and I hereby want to thank Australia’s legal system and judge Kelly, who has been unbiased and neutral as he took on board all the facts since he (Djokovic) landed at Melbourne airport, including the bullying he’s been through,” added Djordje. – Rappler.com