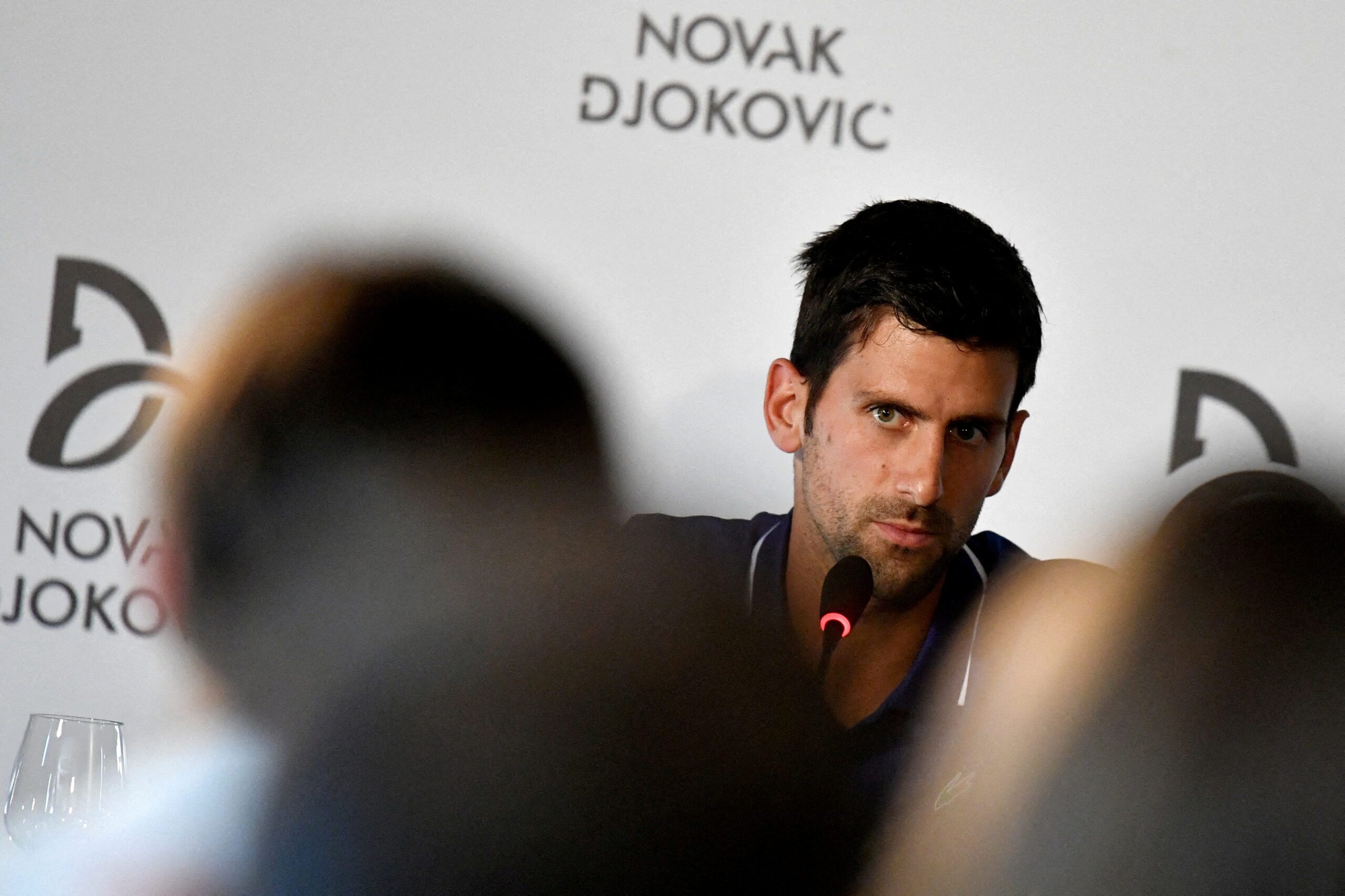 CONTROVERSY. Novak Djokovic wins at court and will play in the Australian Open.

Facebook Twitter Copy URL
Copied
World No. 1 Novak Djokovic faces the threat of being detained for the second time by the federal government

Novak Djokovic woke up on Tuesday, January 11 to his first morning outside immigration detention in Australia, almost a week after he flew into the country – and into an international furore over his COVID-19 vaccination status.

However, the world No. 1 still faces the threat of being detained by the federal government for a second time and deported, despite Monday’s court ruling the government’s earlier decision to cancel his visa.

Djokovic was back in training hours after winning that court challenge, thanking the judge who released him from immigration detention and saying he remained focused on trying to win a record 21st tennis major at next week’s Australian Open.

“I am pleased and grateful that the judge overturned my visa cancellation,” Djokovic wrote on Twitter, where he posted a photograph of himself on court at Melbourne Park after a chaotic few days. “Despite all that has happened I want to stay and try to compete at the Australian Open.”

Australian Prime Minister Scott Morrison’s office said he spoke with Serbian Prime Minister Ana Brnabic on Monday. Morrison’s office said the Australian leader had “explained our non-discriminatory border policy,” while Serbian media reports said Brnabic emphasized the importance of Djokovic being able to prepare for the tournament. Both said they agreed to stay in contact on the issue.

John Alexander, a member of Morrison’s Liberal Party and a former professional tennis player, said it would be a mistake for Immigration Minister Alex Hawke to use his discretionary powers to deport the Serbian player.

To do so would “diminish” the status of the Australian Open, Alexander said.

“We had previously been the poor cousin of the four events,” he said. “We’ve got a lot going for us, but we need to treat it carefully.”

Hawke’s office said late on Monday the minister was still considering whether he would use his discretion under the Migration Act to cancel Djokovic’s visa for a second time. Spokespeople for the minister did not return calls seeking comment on Tuesday.

The ATP, the governing body of men’s tennis applauded the court ruling, saying the dispute was “damaging on all fronts, including for Novak’s well-being and preparation for the Australian Open.”

The ATP said the situation highlighted the need for clearer understanding and communication of the rules. It said it strongly recommends all players get vaccinated and noted that 97% of the top 100 players are vaccinated.

Judge Anthony Kelly said he quashed the decision to block Djokovic’s entry because the player had not been given enough time to respond to it.

Officials at Melbourne’s airport, where Djokovic was detained when he landed late on Wednesday, had reneged on an agreement to give him until 8:30 am to speak to Tennis Australia and lawyers, Kelly said.

Djokovic received the medical exemption because he contracted COVID-19 last month – the second time he had been infected. The player, who has long opposed mandatory vaccination, confirmed he was unvaccinated.

Kelly’s ruling did not directly address the issue of whether that exemption was valid, a fact the government had disputed.

The Australian Open begins on January 17. Djokovic has won the tournament, one of tennis’ four Grand Slams, for the past three years and nine times in all.

Spain’s Rafa Nadal, who is tied on 20 majors with Djokovic and Switzerland’s Roger Federer, called the fraught build-up to the tournament a “circus” and said the “fairest decision” had been made.

Nick Kyrgios said while he supported vaccination he felt “embarrassed as an Australian athlete, seeing what this guy has done for us and the sport. I just don’t think it’s right how we are handling it.”

However, former American player turned pundit Pam Shriver warned on Twitter the controversy may not be over: “If he plays the booing will be deafening.”

Public opinion in Australia, which is battling an Omicron wave of infections and where more than 90% of the adult population is double vaccinated, has been largely against the player.

Resistance in Melbourne, home of the Open, has been particularly vocal after the city experienced the world’s longest cumulative lockdown.

“We’ve had to go through vaccination protocols and lockdowns for such a long time and he swans in and pretty much does what he likes because he’s the world best tennis player,” Melbourne resident Keith Moore told Reuters.

Victoria state Premier Daniel Andrews, whose administration initially granted Djokovic an exemption, said the decision whether to again detain him rested with the federal government.

Under Australia’s federal system, states and territories can issue exemptions from vaccination requirements to enter their jurisdictions. However, the federal government controls international borders and can challenge such exemptions. – Rappler.com