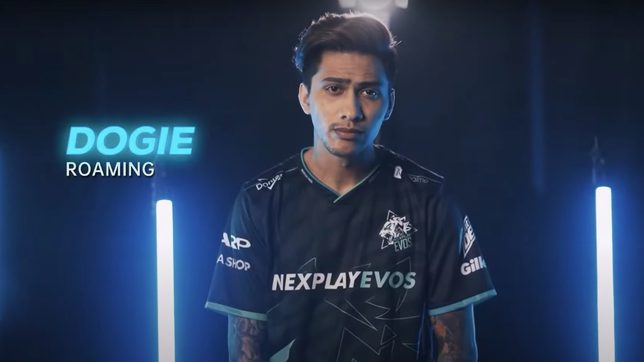 FIGURE. Setsuna Ignacio, also known as Dogie, is one of the pioneers in the Philippine esports scene.

Esports personality Setsuna Ignacio, also known in the scene as Dogie, lauded the efforts of the Collegiate Center for Esports (CCE) for giving students an avenue to compete and earn a shot at potential scholarships.

The CCE launched with a one-on-one Mobile Legends exhibition tourney in August – a prelude to the five-on-five Varsity Cup that will pit NCAA basketball teams against each other starting this October.

After the Varsity Cup, the CCE will kick off its inaugural season that will feature regular esports players who are also enrolled students of participating schools.

More than just a platform to showcase their esports prowess, possible scholarship opportunities await these students as envisioned by the CCE.

“Education is a must,” Dogie said on his YouTube channel that has over 6 million subscribers.

“This is a big opportunity for kids who are excellent ML players and who want to study but do not have the money to go to college. Maybe this is the place for all of you.”

Dogie, who oversees Nexplay EVOS in the Mobile Legends Professional League Philippines, bared he wants to recruit and assemble an all-amateur squad that will participate in the CCE.

He added he is willing to provide a bootcamp where his team can train for the CCE and study at the same time.

A number of universities and colleges have adopted esports in their respective programs.

Lyceum of the Philippines University, for example, launched the Bachelor of Science in Esports with tracks on Esports Management and Game and Design Development. – Rappler.com