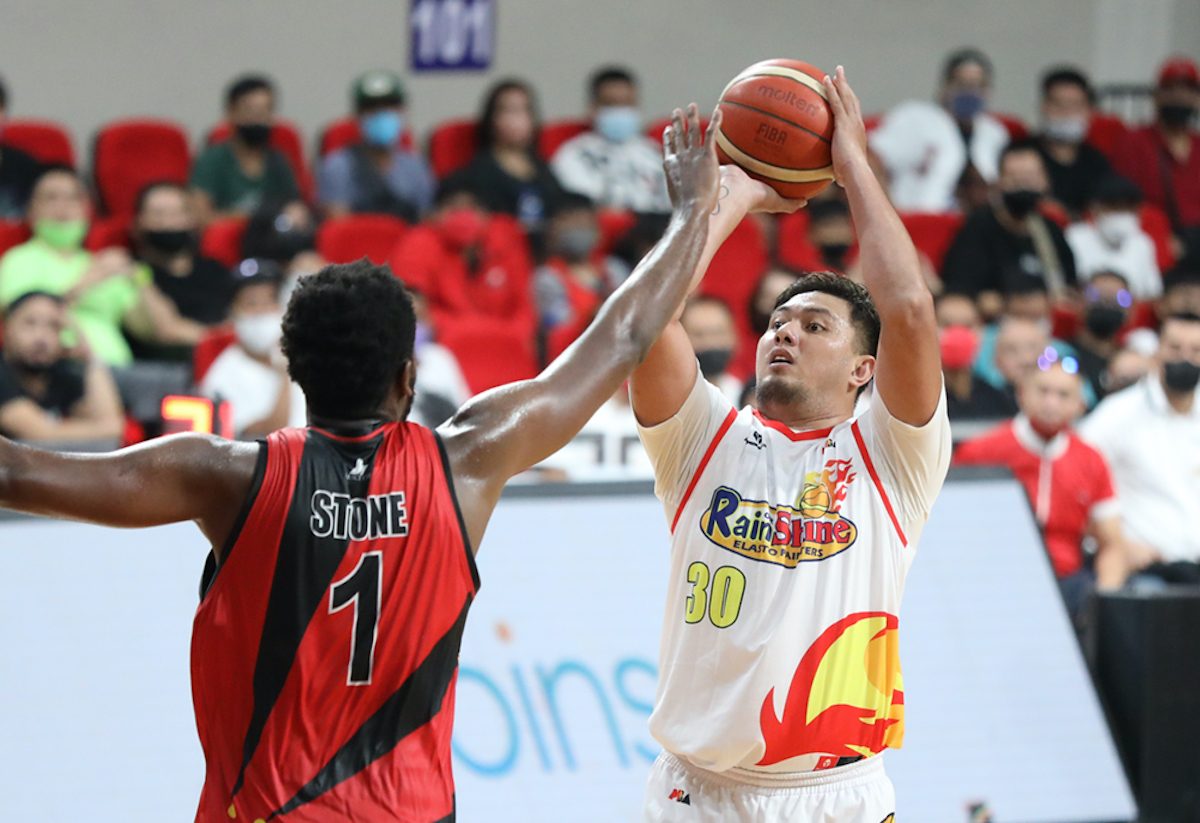 MANILA, Philippines – Beau Belga does not back down from anyone, not even an import.

Belga said he only returned the favored after getting ejected in the PBA Commissioner’s Cup clash between Rain or Shine and San Miguel on Sunday, October 9, for his flagrant foul penalty two on Diamond Stone.

The incident happened with less than five minutes left, with Stone also incurring a technical foul.

“He was trash talking me,” Belga said in Filipino. “Of course, because of my pride as a local, I did not let a foreigner do that to me.”

The flagrant foul, though, proved to be a major blow as the Elasto Painters played without Belga down the stretch.

Awarded two free throws, Stone knocked down one to make it an eight-point lead for the Beermen en route to the 113-105 victory.

“Coach Yeng (Guiao) reminded me that I can’t do that because it doesn’t help the team. The team suffers,” Belga said. “It’s a lesson for us.”

Stone also got the last laugh as he finished with a 42 points, 13 rebounds and 3 assists, while Belga put up just 3 points on top of 6 rebounds and 4 assists.

Belga said Rain or Shine has to do a better job in the endgame after seeing its two-game winning streak snapped and dropping to 2-2.

“We can’t close out a tight game. Coach Yeng said we just need to learn how to do that for our upcoming games.” – Rappler.com