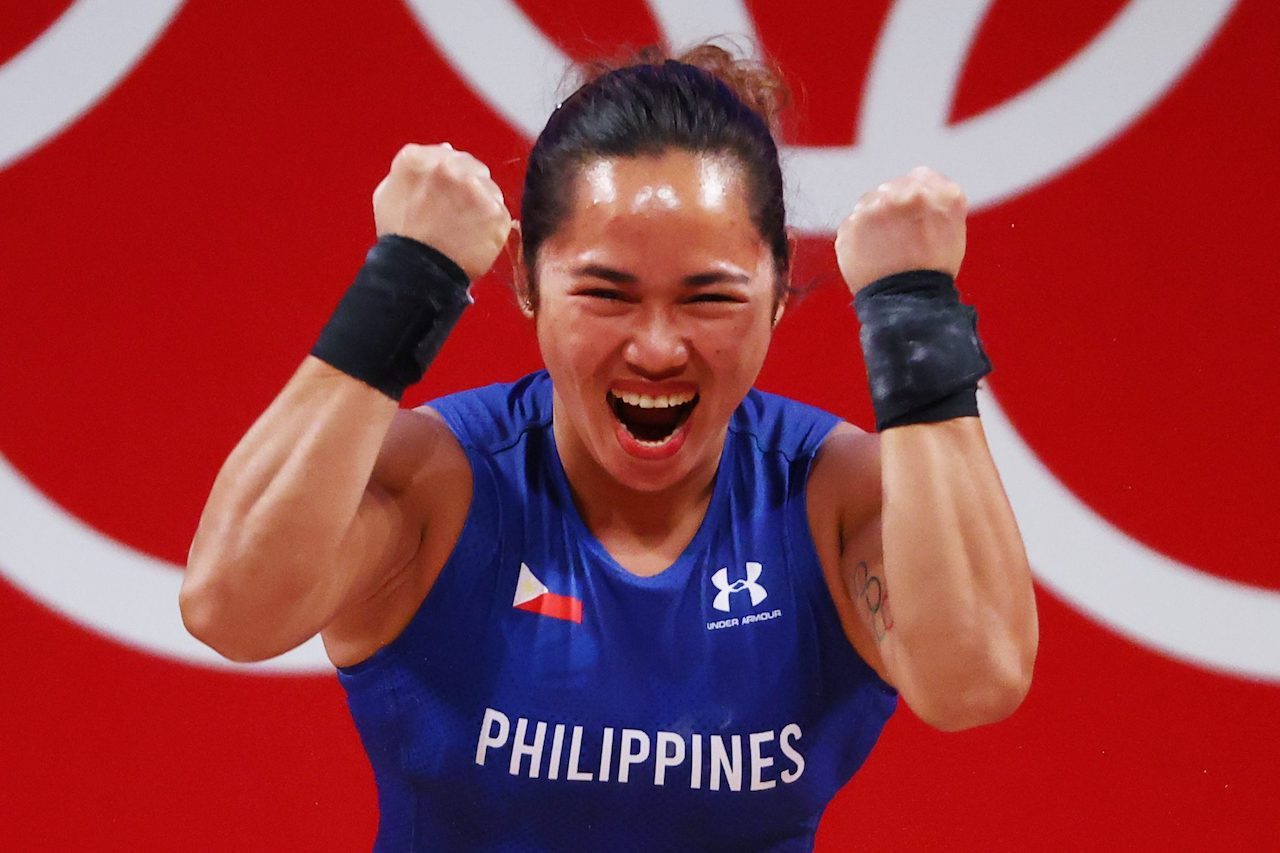 LAST ONE. Hidilyn Diaz is the last Filipino weightlifter to win a medal in the world championships.

MANILA, Philippines – Olympic champion Hidilyn Diaz plunges back to action as she leads the Philippine medal charge in the World Weightlifting Championships that will run from December 5 to 16 in Bogota, Colombia.

Diaz and eight other Filipino weightlifters eye podium finishes after the country came back empty-handed in the previous world championships held in Tashkent, Uzbekistan last year.

Coming off a golden performance in the Southeast Asian Games in May, Diaz will compete in the women’s 55kg division, the same class she ruled in the Tokyo Games to win the Philippines its first-ever Olympic gold medal.

The Zamboangueña is also the last Filipino to secure a podium finish in the world championships, snagging a pair of bronzes (total and clean and jerk) three years ago before the country wound up without a medal last year.

Aside from Diaz, other medal bets include the up-and-coming Vanessa Sarno (women’s 71kg) and Olympian Elreen Ando (women’s 59kg).

Sarno dominated the field in the previous SEA Games in Vietnam as she set new meet and national records to reign in the women’s 71kg division.

Meanwhile, Ando is expected to fare better against the competition in a lower weight class after competing in the women’s 64kg division, finishing seventh in the Tokyo Games and bagging silver in the Myanmar SEA Games.

Colonia, who copped bronze in the 2015 world championships, will open the Philippines’ campaign on Tuesday, December 6. – Rappler.com