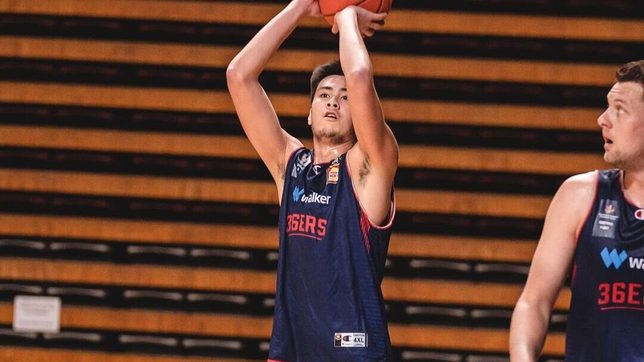 MANILA, Philippines – For the seventh straight game, Filipino basketball prospect Kai Sotto will not see action for the Adelaide 36ers of the Australia National Basketball League (NBL), per a league report on Wednesday, December 8.

This is due to the 7-foot-3 center still feeling the effects of knee soreness he started having during the NBL Blitz preseason, which the Sixers won in a five-game sweep.

The Adelaide 36ers are slated to play a road game against the Tasmania Jack Jumpers on Thursday, December 9.

In light of this development, Pinoy fans have again emerged from the woodwork in droves to voice out their disappointment on the league’s and team’s social media accounts, all while Aussie fans have grown to expect such reactions from their new team followers.

However, the message from head coach CJ Bruton has been clear from the start – that the Sixers will take their approach slowly and carefully with their 19-year-old project, who signed a two-year contract after leaving the NBA G League Ignite.

Despite starting out the season with two straight losses after a preseason sweep, the Sixers’ approach has clearly not changed, and are set on making sure Sotto is 100% ready to take the court again before activating him.

The young Gilas Pilipinas stalwart can suit up for the team at the earliest on Sunday, 12 pm, Manila time, as Adelaide hosts the New Zealand Breakers. – Rappler.com