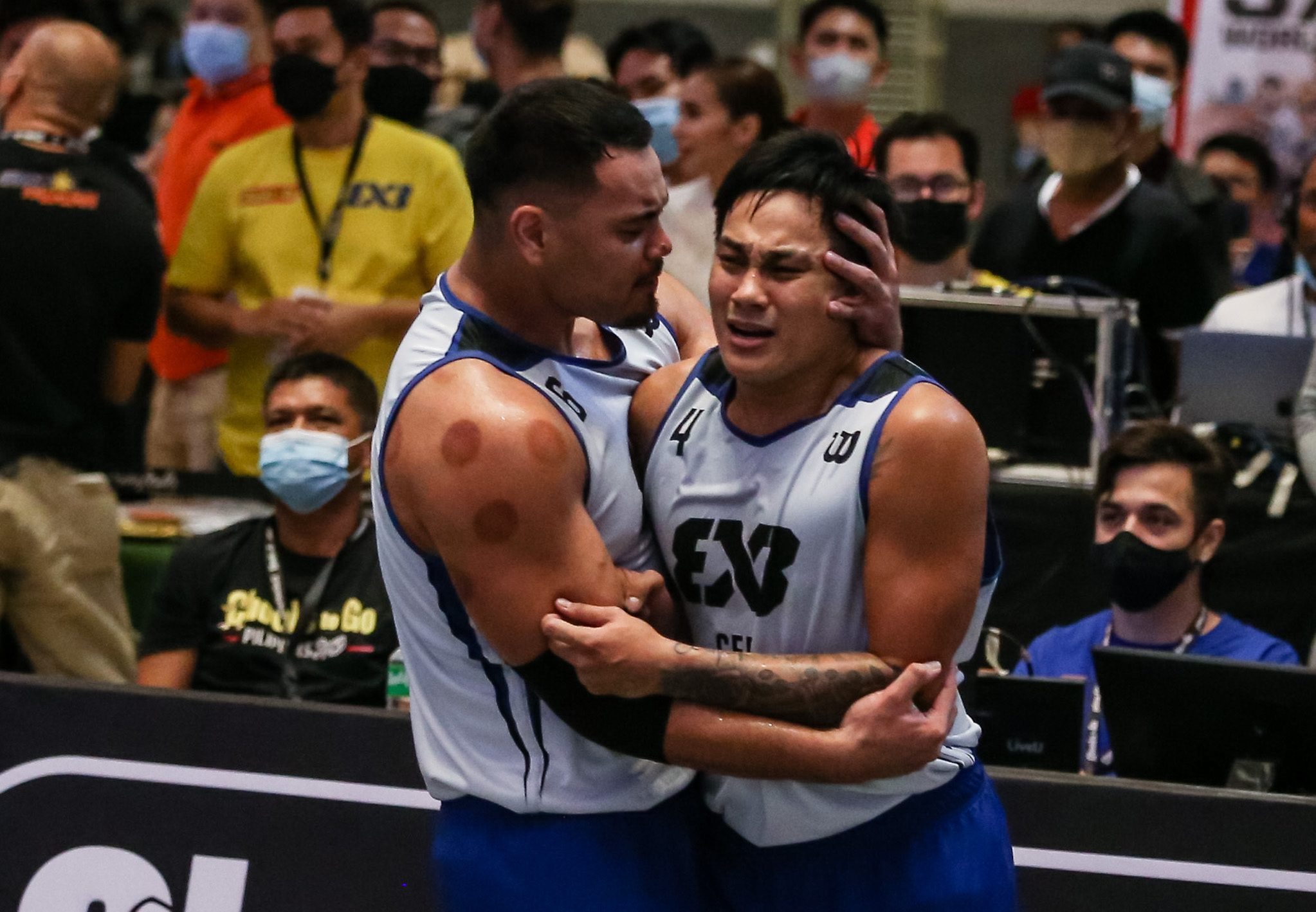 Cebu and Manila notched identical 21-19 wins over their Mongolian opponents as the two Filipino teams avoided elimination after dropping their respective tournament openers.

Mac Tallo saved the day for Cebu by hitting the game-winning long bomb against Zavkhan MMC Energy – his deuce preserving the efforts of Mike Harry Nzeusseu and Brandon Ramirez earlier.

The Philippines’ top 3×3 player Tallo delivered 3 points, 3 rebounds, and 4 assists as Cebu rebounded from its loss to world No. 1 Ub of Serbia to finish second in Pool A with a 1-1 card.

Nzeusseu tallied 9 points and 4 rebounds, while Ramirez put up 7 points in the victory that propelled Cebu to the knockout quarterfinals, where it will face another Serbian squad in world No. 3 Liman.

The 42-year-old Lanete once again proved he has plenty of gas left in the tank by chalking up 12 points, including the pair of free throws that helped Manila secure second in Pool D and the last quarterfinals spot.

Manila, which finished with a 1-1 record after falling prey to Ulaanbaatar MMC Energy, will go up against a Mongolian squad for the third straight game as it tangles with Sansar MMC Energy in the last eight.

Unbeaten Ub locks horns with Warsaw (Poland), while Ulaanbaatar clashes with Melbourne (Australia) for a seat in the semifinals.

Antwerp (Belgium), ranked second in the world, surprisingly got the boot after losing the tiebreaker in Pool B as Zaisan, Zavkhan, and Gurugram 3BL (India) also bowed out in the group stage.

Yokohama Beefman (Japan) and Auckland (New Zealand) failed to get past the qualifying draw.

Manila Masters action resumes on Sunday, May 29, as the eight remaining teams dispute the $40,000 (around P2 million) champion purse. – Rappler.com