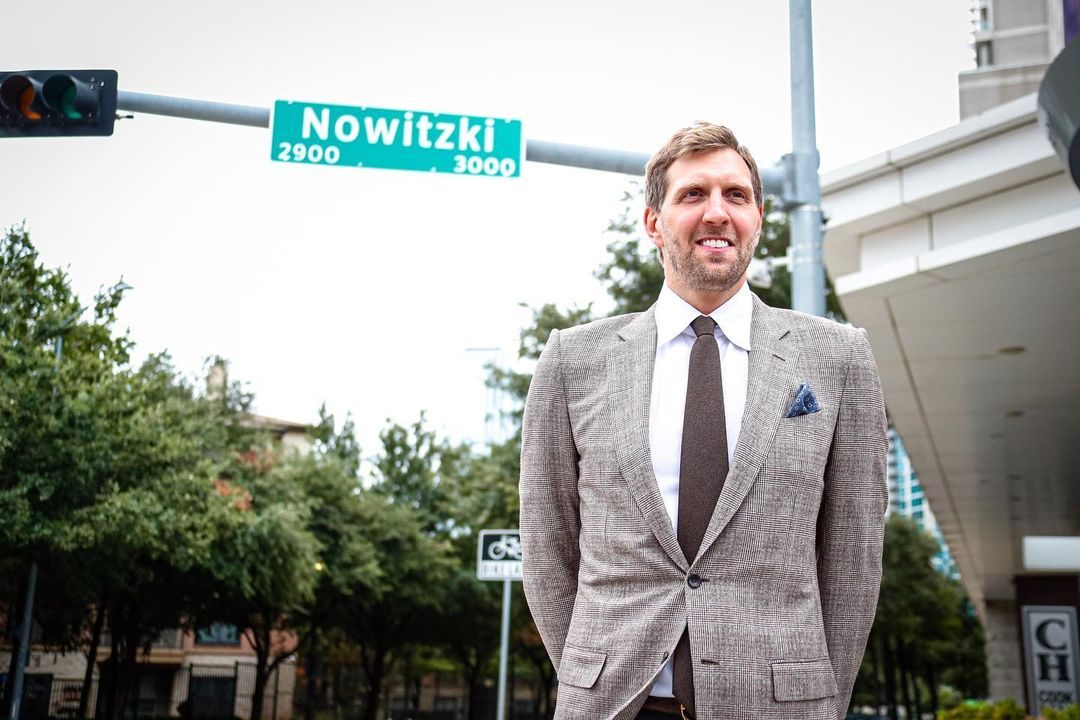 Dirk Nowitzki, widely considered one of the best foreign-born NBA players of all-time, had his No. 14 international jersey retired on Thursday by the German Basketball Federation ahead of the opening day of the FIBA EuroBasket 2022 in Cologne.

The towering power forward got his first taste of success at international level when he won a bronze medal with Germany at the 2002 World Cup and silver at the 2005 European Championship, taking home Most Valuable Player trophies from both events.

“This is a huge honor. I always loved playing for the national team and I always gave my all,” Nowitzki, 44, said at the ceremony ahead of Germany’s opening game versus France, according to a report on FIBA EuroBasket’s website.

“Nearly the entire team from 2002 is here. That’s important and I thank them for always accepting me for how I am. I respect them and all my former team mates. Without them, nothing would have been possible.”

Nowitzki joined the NBA in 1998 from local German club Wurzburg in his hometown before he was selected as a first-round draft pick by the Milwaukee Bucks.

He was traded to the Dallas Mavericks straight away and spent a record 21 seasons there, leading them to their only championship in 2011 before he retired in 2019 with 14 NBA All-Star appearances to his name.

Nowitzki, whose No. 41 Dallas jersey was retired in January, also thanked Mavericks owner Mark Cuban for making the trip to Germany to attend the ceremony.

“Thanks for coming all this way. It means a lot,” said Nowitzki. “You always supported me in playing every summer. You knew it was important for me to represent my country and I really appreciate that.” – Rappler.com