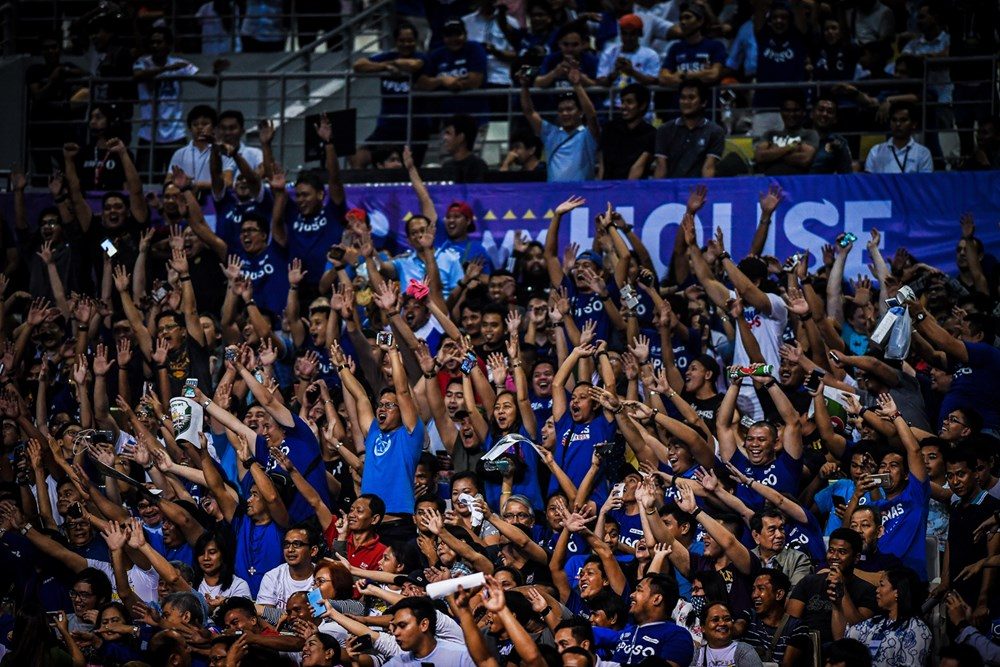 JAMPACKED. The SBP hopes to have a full house crowd at the Philippine Arena.

Facebook Twitter Copy URL
Copied
Now is the time for Filipinos to prove that they are the best hoops fans as the country hosts the FIBA World Cup, with the final phase to be staged at the 55,000-seater Philippine Arena

MANILA, Philippines – Does the Philippines really have the best hoops fanbase in the world?

Now is the time for Filipinos to prove that claim as the country co-hosts the FIBA World Cup next year with Indonesia and Japan – the first time since 1978 that the quadrennial showpiece will be staged in the Philippines.

Group stage games will be held at the Araneta Coliseum and Mall of Asia Arena, while the final phase will be played at the Philippine Arena in Bulacan.

“This is the biggest opportunity for the Philippines to show its love for basketball,” said FIBA World Cup executive director David Crocker.

“It’s not time to talk about how much you love basketball, but time to actually come out and be a part of it.”

The Philippines notably won the Most Valuable Fans award in the 2014 edition as Filipinos trooped to Seville, Spain to support the national team in its first World Cup appearance in 36 years.

Buoyed by its rowdy fans, Gilas did not go home empty-handed from Spain as it ended its campaign with a gutsy win over Senegal.

As a testament to the Filipinos’ basketball obsession, Samahang Basketbol ng Pilipinas president Al Panlilio hopes to have a full house crowd at the Philippine Arena, which seats 55,000.

“[T]he biggest audience to see a FIBA game is 30,000 level. Imagine if we can fill the Philippine Arena, that’s going to be a record,” said Panlilio.

From March 1 to 31, FIBA will sell a limited number of World Cup team passes with early bird discounts.

Prices range from as low as P2,499 for general admission seating to as high as P52,999 for lower box premium seating. – Rappler.com