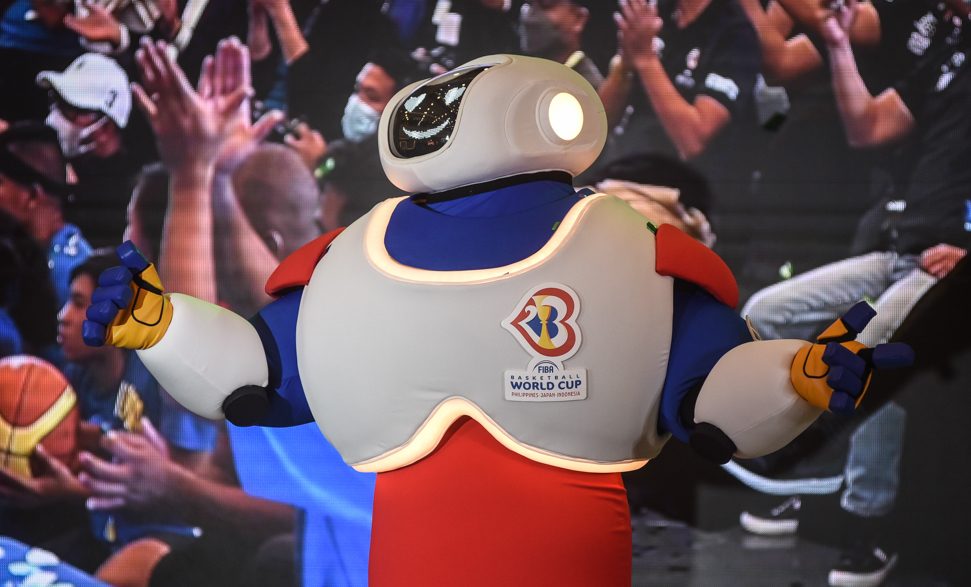 Crocker issued the challenge after gracing the unveiling of World Cup mascot JIP – which stands for hosts Japan, Indonesia, and the Philippines – at the Mall of Asia on Sunday, July 31.

“We know that you love basketball here in the Philippines but you have to prove it,” Crocker said.

The country will utilize three venues for the group stage of the World Cup: the Araneta Coliseum, the Mall of Asia Arena, and the Philippine Arena in Bulacan.

After that, the final phase of the tournament and the World Cup final will be played at the 55,000-seater Philippine Arena, which FIBA hopes Filipinos will be able to pack.

FIBA let fans choose the name of the mascot by launching a naming competition, with the other options being TREY, BEN, BOB, SAM, and SPARKY.

After nearly 100,000 votes, the fans landed on JIP, a fitting name for the shared vision of host nations Japan, Indonesia, and the Philippines.

JIP features an LED face that allows it to show various emotions and a basketball ring on the back, which encourages fans to recycle.

“The part of the story of JIP is around making the world a better place, making it a better place for young people,” Crocker said. – Rappler.com