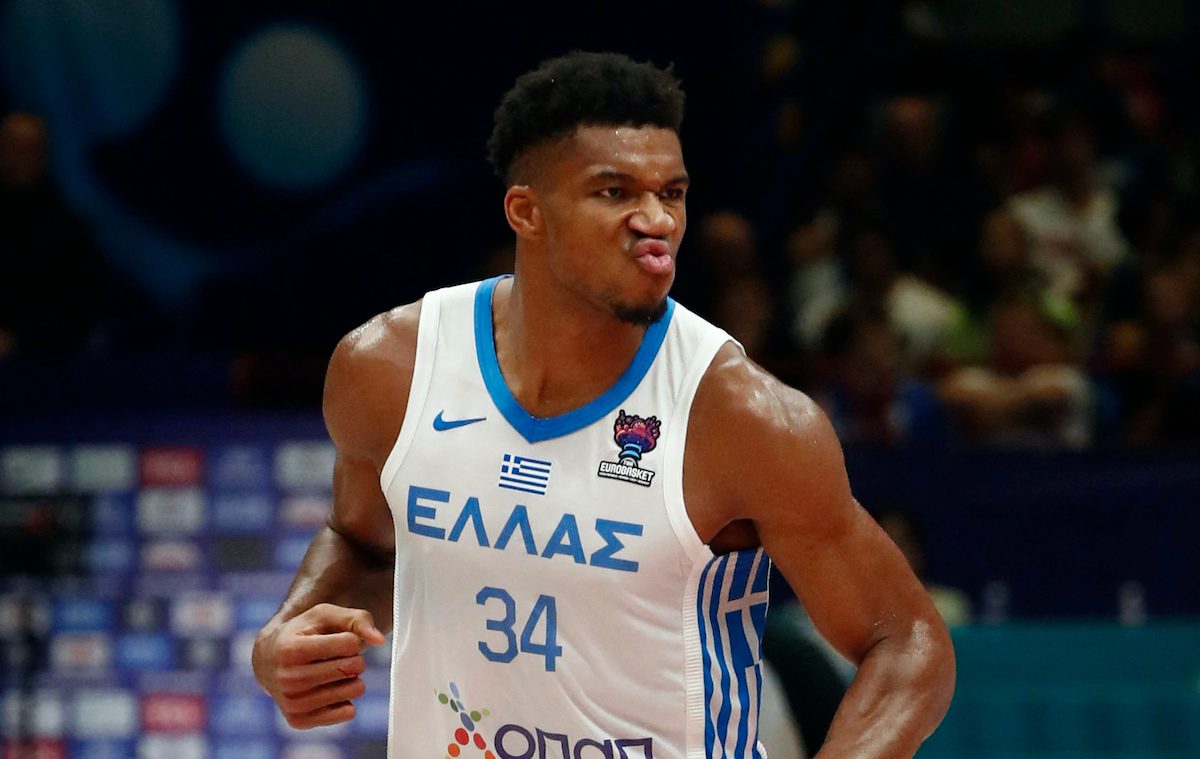 GREEK FREAK. Giannis Antetokounmpo has been a beast for Greece.

The two-time NBA Most Valuable Player has a mild sprain, according to the Greek Basketball Federation.

Antetokounmpo sustained the injury in the third quarter of a 90-69 victory on Thursday, September 8, against Estonia in the Group C finale for both teams.

Antetokounmpo, 27, is averaging 29.5 points per game at the tournament. Greece is set to face the Czech Republic on Sunday in the round of 16. – Rappler.com