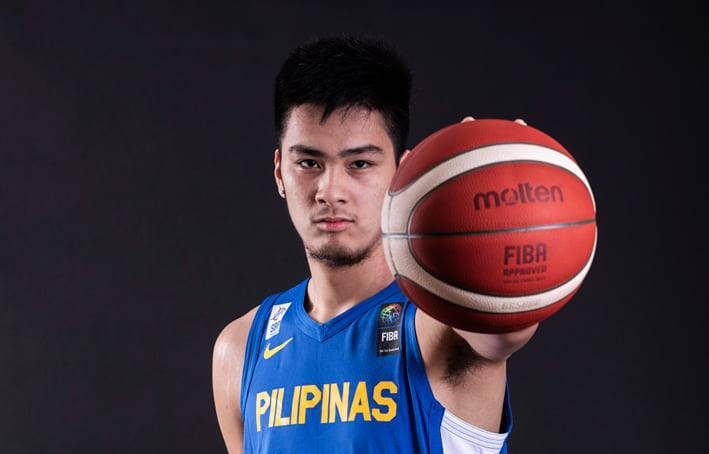 DEBUT. Kai Sotto will suit up for the seniors squad for the first time in his national team career.

Kai Sotto will finally debut for Gilas Pilipinas as he suits up against South Korea on Wednesday, June 16, in the third and final window of the FIBA Asia Cup Qualifiers in Clark, Pampanga.

The 7-foot-3 big man is the tallest in the 12-man lineup that also features Angelo Kouame, who will see action for the national team for the first time too after having his naturalization approved.

Aside from Sotto and Kouame, RJ Abarrientos, Carl Tamayo, and SJ Belangel will play for the seniors squad for the first time as well.

Cut from the pool were Jordan Heading, Geo Chiu, and LeBron Lopez.

The three, though, still have a chance to don the national colors as Gilas Pilipinas can still tweak its lineup for its game against Indonesia on Friday, June 18, and its rematch against Korea on Sunday, June 20.

If the Philippines beats Korea on Wednesday, it would already clinch its Asia Cup berth as it currently holds a 3-0 record for the top spot in Group A.

The top two teams from each group will advance to the Asia Cup.

But Korea is no pushover, as it will parade a mix of young guns and veterans led by naturalized player Ricardo Ratliffe. – Rappler.com