DIGITAL SPACE. Jordan Norwood is the man behind The Whitelist.

Jordan Norwood always saw himself as more than just an athlete. He was entrepreneurial from the get-go. That is why it should come as no surprise that while his playing days in the National Football League (NFL) are behind him, he’s still competing in what might now be an even tougher field to maneuver in: the ever-evolving NFT space.

NFT, short for non-fungible token, is one of the fastest-growing financial and innovative opportunities in the modern digital world. Based in cryptocurrency, NFTs give traders the opportunity for quick profits or long-term returns by flipping or collecting images, videos, and other type of data stored in the blockchain.

Accessible through internet-based markets, venturing into NFTs also gives artists a refreshing avenue to maximize the potential earnings of their intellectual property and creations, while earning consistent royalties, which they have always deserved, but hasn’t always been as easily attainable in the physical art world.

The concept of NFTs have evolved beyond just the posting, buying, and selling of digital art. It has grown into what some might call a full-time business for developers that could require up to 75% of one’s entire day. For reference, that’s the approximate number of hours presidential candidate Leni Robredo recently revealed she’s working daily as the 2022 Philippine Elections draw closer.

(Speaking of presidential aspirant Leni Robredo, a recent NFT project was launched in dedication to her candidacy.)

Jordan, the brother of Filipino-American PBA standout Gabe Norwood, won a championship as a member of the Denver Broncos back in 2015. He’s now aiming to claim another major win with the imminent launch of his first NFT project: Whitelist.io.

When new NFT projects release, they usually announce a finite amount of art variations typically ranging from 5,000-10,000 pieces per project. Each one has a unique combination of traits, giving its owner unique ownership, which is part of this space’s overall appeal. Most of these NFTs are priced in cryptocurrencies, such as Ethereum or Solana.

Some projects give its owners benefits for holding on long term to their NFTs. For example, holding on to one of Whitelist.io’s upcoming art pieces could earn discounts when ordering from Uber Eats, or access to social networking events within a concentrated group of like-minded individuals.

The job isn’t a one-man crew. A development team is usually established. Artists are commissioned, if not part of the core group. Moderators are hired for Discord, where all types of communication with interested consumers take place and turns into a hub for important announcements.

Influencers are sought out for collaborations. There’s marketing, networking, advertising, and branding. Competitions for pre-sale access are held and can even turn into a bidding war in secondary markets, such as Facebook.

Recently, Whitelist.io announced a collaboration with local artist Yassi Pressman, who plans to mint her first NFT through this project.

Jordan has been investing in crypto as early as 2016 and got into NFTs in September 2021. He grew up collecting sports trading cards and was a sneakerhead. A self-proclaimed “creative,” he also tried his hand at photography and graphic design.

“A lot of people in our server are just sneakerheads or trading [their] cards,” he said during an interview.

Jordan came up with the concept of The Whitelist back in October. For context, “whitelist” is usually the term given to collectors who earn pre-sale access for upcoming projects set to launch. The now 35-year-old envisions holding a Whitelist NFT as whitelist-like access to special promos that can be used for real-life utility.

“I felt like there could be an opportunity, especially seeing communities on Discord and on Twitter, seeing how people interact with one another.”

Holders of The Whitelist will be known as “Aces.” The project currently has more than 35,000 users conversing daily on Discord. A total of 5,000 pre-sale spots are allocated, with only 200 remaining. There will be a total of 10,000 Aces up for sale.

“Our goal is to provide awesome art, access, and a community that doesn’t really compare or that isn’t really out there very frequently in the NFT space,” Jordan said. 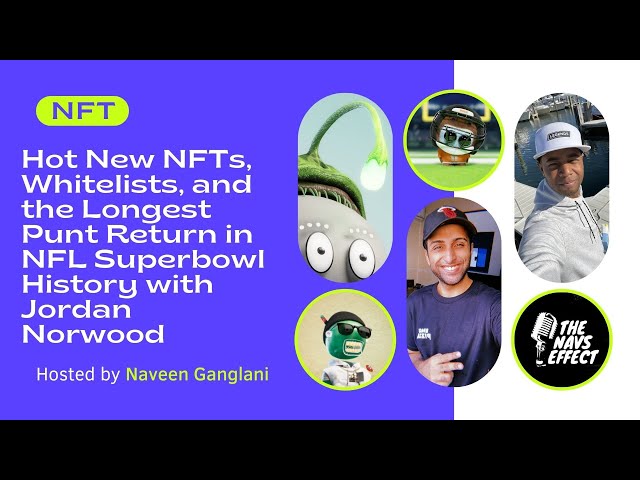 Jordan is working with artists based in Munich, Germany who had previously worked on NFT projects. He was initially impressed with their use of combining 3D models with 2D. Their team is also collaborating with 25 other talented artists who are based in different countries around the world, bringing diversity when it comes to their overall collection.

In addition to gift cards and discounts, Jordan visualizes times in the future where Whitelist holders get to meet up in different countries. If they’re already interacting via the project’s Discord server, then the first step towards being acquaintances has already been achieved.

“If there’s this 4,000-member community after we mint (launch) and 2,000 people are in the Philippines, then I’m going to lean on you and lean on my brother a little bit more and see what’s the first things we need to add to the utility group,” he said.

Jordan also mentioned a possible meet-up in Germany, given that’s where his partners reside.

The first major networking planned is scheduled to take place next month in California.

“We’re pretty much firmed on a Super Bowl experience in Los Angeles… it would be kind of a networking party where you can interact with professional athletes, like myself. A couple of my former teammates will be at this event too.”

From a macro perspective, Jordan advises artists and creators to migrate their aspirations of monetization to the NFT space for two chief reasons: royalties and smart contracts.

Each time an artist’s work is sold (usually on Open Sea), the original creator gets a royalty fee that’s typically 5 to 10% of sale price. Each sale is tracked and that information is available to the public. It’s a stark difference from how it used to be.

“You think about trading cards that was made in 1986 and traded hands a few times,” Jordan said. “That’s $10,000 in sales volume, but, you know, Topps (creators) and Michael Jordan only saw revenue from that first purchase of the card.”

The process is done automatically as well, given that smart contracts are registered on cryptocurrency blockchain. Does that mean it’s impenetrable? Of course not. Hacks are prevalent. Although the possibilities to ensure proper wealth distribution is arguably more effective.

“When you think about the usability and how much it relieves some of the headaches of modern-day institutions from banking to, you know, ticket offices, to music collectibles, it relieves a lot of those headaches about how royalties are structured,” Jordan explained.

“If you’re a YouTuber and you’re waiting on your royalties, why can’t those royalties just be on a smart contract that are [sent] to you immediately? When some function happens on your YouTube channel when you hit a certain number of subscribers or views, why does that need to go to an accounting department first?”

It should also come as no surprise that Gabe has been instrumental in helping Jordan achieve his dreams. The Philippines-based Norwood has been actively helping out with day-to-day tasks even remotely.

The two grew up playing on the same sports teams and even won a basketball state championship together. The two used to design sneakers on notebooks together.

“He’s a big part of this project. We usually end up falling into some of the same interests just because of how much we talk.”

Jordan has visited the Philippines a few times and admitted there was even a point where he considered to play basketball in the country like his brother does in the PBA, although was ultimately steered to football because of his six-foot height.

“I was undrafted into the NFL and I thought it might be a one- or two-year career, but it ended up being eight and a Super Bowl championship.”

Jordan also holds the record for the longest punt return in a Super Bowl. During the Broncos’ Super Bowl 50 victory over the Carolina Panthers, Jordan returned a punt 60 yards deep into Panthers territory before being tackled at the 10-yard line. Ultimately, the run set up a key Denver score.

“We ended up kicking a field goal and never losing the lead after that during the game,” Jordan said, adding that it was “pretty cool.”

Perhaps his next record-breaking moment takes place in the NFT field. – Rappler.com