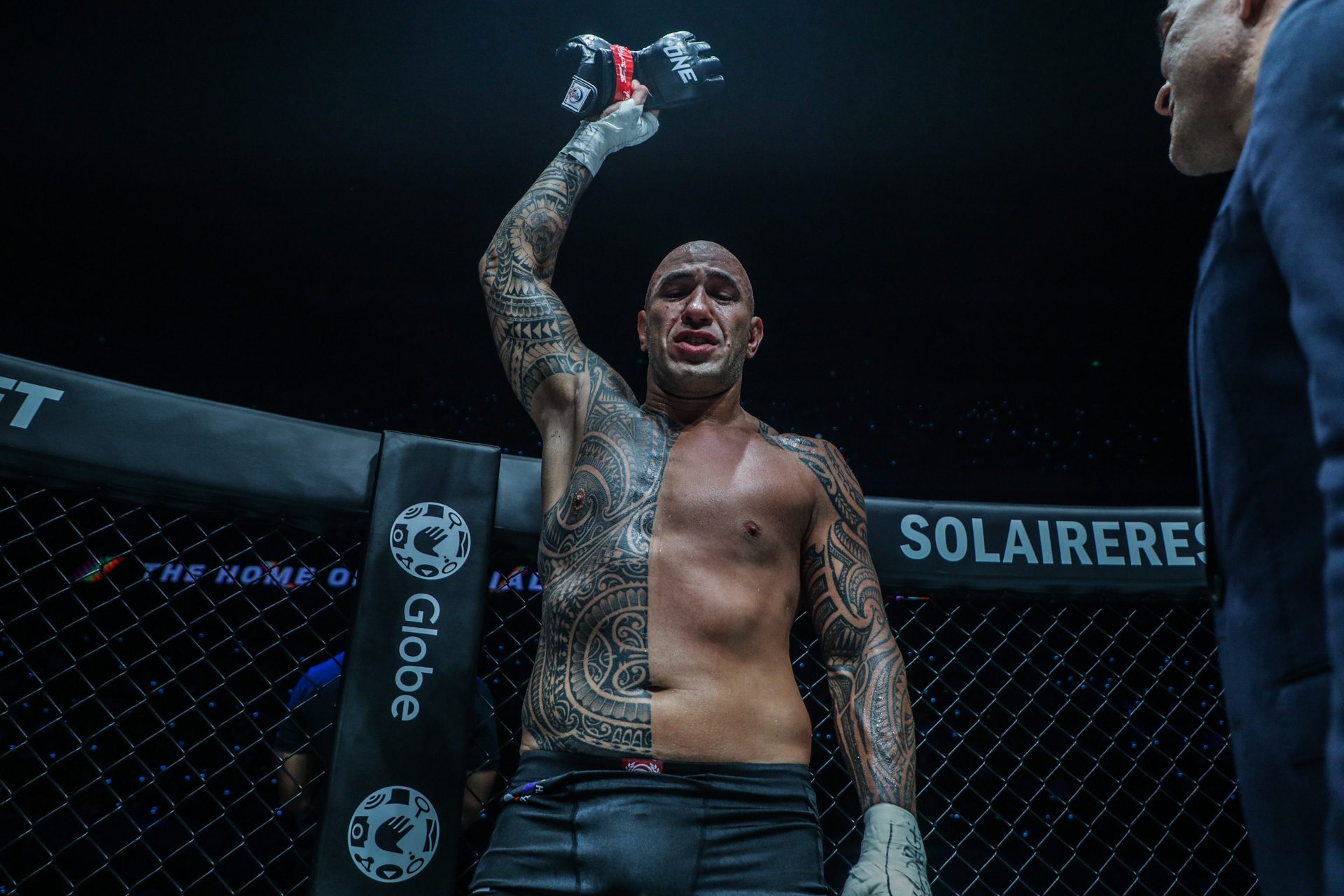 MANILA, Philippines – Former ONE heavyweight champion and Filipino MMA icon Brandon “The Truth” Vera announced his retirement from the sport on Saturday, December 3 at ONE 164, where he suffered from a round 1 TKO loss against Iranian fighter Amir Aliakbari.

“You just witnessed The Truth Vera’s last fight,” he said after the bout. “Thank you for all the love. I’ll be around, kitakits (see you).”

The crowd inside the Mall of Asia Arena reciprocated Vera’s appreciation with loud cheers and a standing ovation.

Vera became the first ONE heavyweight champion in 2015 when he defeated Paul Cheng. The burly fighter then dominated the division with knockout victories, including his last win and successful title defense against Mauro Cerilli in 2018.

The former UFC fighter kicked off his professional career 20 years ago and was able to fight MMA legends in UFC, including Jon Jones, Frank Mir, Randy Couture, Shogun Rua, and Fabricio Werdum.

Vera, however, was nowhere near his champion form in his last three fights.

“The Truth” failed to capture the ONE light heavyweight crown against Aung La N Sang in 2019. Then two years later, Vera looked dumbfounded and flat-footed when he lost his title against Arjan Bhullar.

In ONE 164, Father Time finally came knocking as Vera basically gave up his back and absorbed Aliakbari’s blows.