Filipino imports in running for B. League All-Star festivities 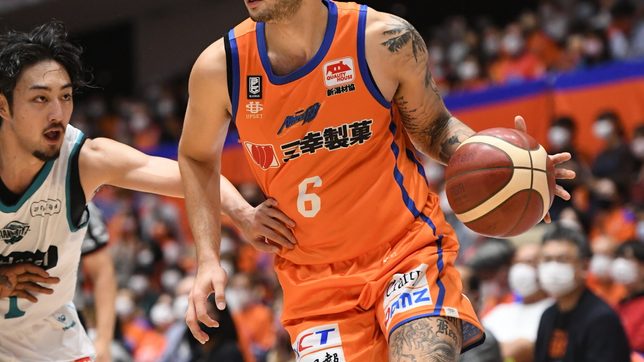 Facebook Twitter Copy URL
Copied
Several Filipino imports in the Japan B. League get a chance to play together as they see action in the Asia Rising Star Game

The Japan B. League has certainly not wasted its chances to promote the influx of Filipino talent within its ranks, and the same will not change once its All-Star events kick off with the Asia Rising Star Game on January 14 next year.

Somewhat similar to the NBA’s Rising Stars Challenge where the USA’s best young ballers go up against the best international prospects, the B. League will pit its best Japanese rookies against the Asian Quota imports, bannered by Pinoy household names like the Ravena brothers Kiefer and Thirdy.

Not only will the Pinoy imports get a chance to play together like it’s a Gilas Pilipinas FIBA window, but they will also get their rabid, social media-savvy fans involved in another event as participants in the centerpiece B. League All-Star Game will be determined by online voting.

Here, Fil-Japanese big man Matthew Aquino will get his chance to shine as he is currently classified as a local, and thus likely not eligible for the Asia Rising Star Game, unless he is also considered a top Japanese rookie.

The league will be split into two teams for the main event on January 15, B. Black and B. White. Only Paras and Kiefer Ravena can suit up for the Black team, while the rest can earn their spots on the White squad.

The other Pinoy imports, Juan Gomez de Liaño and Kemark Cariño, will have to wait for further developments as a Division 2 All-Star event has not yet been announced. – Rappler.com