PIONEER. Thirdy Ravena paves the way for other Filipino players to see action in the Japan pro league.

Facebook Twitter Copy URL
Copied
Here’s a look at the teams of the eight young Filipino stalwarts hoping to make a quick impact in the Japan B. League

When Thirdy Ravena joined the San-En NeoPhoenix last year, it directed the attention of Japanese squads to the abundance of young talent in the Philippines who could bolster their chances in the Japan B. League.

Here’s a look at their respective teams. (FAST FACTS: Who are the Japan B. League Filipino imports?)

Thirdy Ravena suited up in only 18 of 59 games last season. He was on the floor an average of 22 minutes and normed 9.1 points and 3.6 rebounds. San-En needs Ravena in uniform more if the ballclub intends to get out of the cellar.

A year of familiarity with the coaching style of Serbian tactician Branislav Vicentic should help Ravena transition to a more prominent role especially given the departure of two of their most productive wingmen, leading local scorer Hayato Kawashima and Takanobu Nishikawa. A trio of frontliners – 6-foot-9 Robert Carter; 6-foot-9 former North Carolina Tar Heel Justin Knox; and 6-foot-8 German national team player and former Gonzaga Bulldog Elias Harris – will reinforce San-En, which got off to a slow start last season with Ravena and another import unable to play right away due to quarantine restrictions.

Injuries also hit Ravena and other key players then, so San-en looks to have a better start this time around so they could keep pace with the top teams in the standings.

Kiefer Ravena will be joining a Shiga Lakestars ballclub that looks nowhere like the squad that finished sixth in the West last season.

Gone are their two main locals, Kevin Hareyama and Masaya Karimata, and the only holdovers are Daichi Nomoto, a 6-foot deadshot who connected on 38% from beyond the arc, and 6-foot-5 power forward Tomonori Imagawa. Other than Ravena, there was no other big name acquisition for the Lakestars in the offseason.

The team, however, recruited a big name coach to handle the reins for the team. Spanish coach Luis Guil Torres, the assistant coach of the Spanish national team who previously served as head coach of Spain’s Under-18 and Under-20 national teams.

It comes as no surprise that Torres selected two imports who are familiar with the European brand of play – 6-foot-7 Argentine Novar Gadson and 6-foot-7 Ovie Soko of Britain, who both played in US NCAA Division I and European leagues.

Torres’ teams are often characterized by versatility, speed, and constant ball movement, so the Lakestars are designed to have the same identity.

With a tactician who knows how to win, the Lakestars look poised to make a run for the playoffs this season

The Australian tactician will now get the chance to work with Parks, who bagged two MVP awards and a championship in the ABL before playing in the PBA . The Diamond Dolphins barely missed out on the playoffs last season,  so it makes sense that they did not blow up their lineup which was just a few pieces away from being a legitimate contender.

Nagoya has retained its core with seven players coming back this season led by All-Star Takumi Saito, the 5-foot-8 point guard who was the only local who scored in double digits last season. Despite the presence of the three reinforcements, expect Parks to play an eminent role for Nagoya. He will be the designated wing scorer who will also be tasked to clamp down on the opposing gunners.

The Diamond Dolphins are surely bent on making the playoffs this season. With the lineup they have, it is not hard to imagine them achieving this goal.

Kobe Paras will lead the youth brigade for the Niigata Albirex as he’s one of six players in the lineup aged 24 years old and below.

Also in the roster is 20-year-old Keigo Kimura, a 6-foot-2 guard considered one of the top young talents and shooters in Japan who played high school and NCAA Division III basketball in the US. 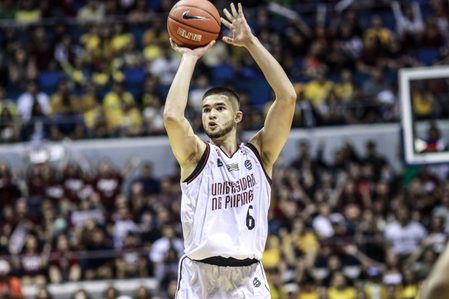 But expect the 6-foot-5 Paras and Kimura to be relied on to contribute immediately, particularly on offense.

Back for another tour of duty is 6-foot-9 Hungarian Rosco Allen, a product of Stanford University who led Niigata last season in scoring with 18.1 points

Jeff Ayres, a 6-foot-10 NBA journeyman, will be coming in after a previous stint with the Nagoya Diamond Dolphins, along with Tshilidzi Nephawe, a 6-foot-10 South African who last played for the Hiroshima Dragonflies. 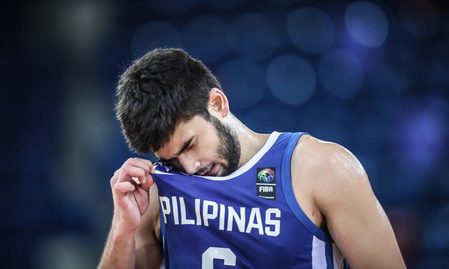 Comebacking Niigata coach Fujitaka Hiraoko is coming in fresh off a successful campaign in B. League Division II where he led the Gunma Crane Thunders to the championship.

Dwight Ramos spreads his wings, signs with Toyama in Japan B. League Also joining the Grouses this season are two proven scorers – 6-foot-3 forward Kevin Hareyama, who was the Shiga Lakestars’ top local last season as he averaged 8.3 points and shot 39% from three; and Keijuro Matsui, a 6-foot-2 marksman who shot 41% from beyond the arc last season

With Gilas Pilipinas stalwart Dwight Ramos joining forces with Matsui and Hareyama, it will give the Grouses the luxury of having three more scoring threats.

Hamaguchi usually keeps a tight rotation of eight to nine players and Ramos together with the Japanese wingmen, along with their import, will form the core of that rotation. Toyama was a win away from making the semifinals last season. They lost in three games to the Ryukyu Golden Kings in the quarterfinals.

This time around, Hamaguchi has built a team that is designed to contend for the championship.

Juan Gomez de Liaño will have the chance to be mentored by Hugo Lopez, who takes over the coaching reins for the Tokyo Z.

Lopez brings an impressive resume that includes coaching the Baloncesto Fuenlabra in the Spanish Liga ACB. He was also named Coach of the Year by the Canadian National Basketball League in 2016 when he handled the Halifax Hurricanes. He is currently the coach of the Swedish national team. 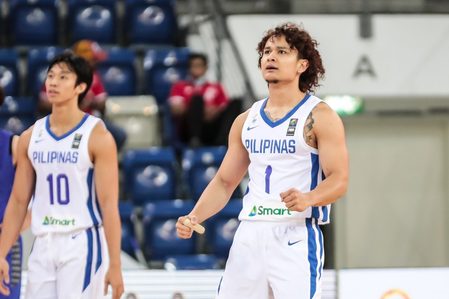 Tokyo Z will be parading two imports who will be making their B. League debut, and a returning import they managed to pry away from another squad.

Pat Andree is a 6-foot-8 forward who brought his act to the Portugal Liga Profissional, while 6-foot-8 Marc-Eddy Norelia also saw action in Portugal aside from stints in the second divisions in France and Spain.

Tasked to man the middle for Tokyo Z will be 6-foot-11 center Joshua Crawford, who averaged 18.9 points and 9.6 rebounds for the Aomori Wat’s last season.

With a new coach and a crew of speedy and athletic guards and wings, the Earthfriends Tokyo Z will be a thrill to watch and might just have the materials needed to contend for the playoffs.

At 23 years old, Javi Gomez de Liaño will be the youngest player in the lineup of the Ibaraki Robots, one of two teams recently promoted to Division I of the B, League, the other being the Gunma Crane Thunders.

Ibaraki will be fielding a veteran-laden squad which has seven players aged 30 years old and above. Mentored by American Richard Glesmann, a former US NCAA Division I assistant coach, Ibaraki is carrying over majority of the team that finished second overall last season in the B. League Division II.

The Ibaraki Robots will be bracketed in the East District where the top three teams – the Utsunomiya Brex, Chiba Jets, and Kawasaki Brave Thunders – all play. Glesmann and the Robots for sure are looking forward to the challenge.

Gilas Pilipinas and San Beda slotman Kemark Cariño will be a huge boost in patrolling the interior for the Aomori Wat’s, the squad that finished in the bottom five in rebounding and in the bottom four in defensive rebounds last season.

Cariño, a workhorse off the glass, will not only provide the added support to the imports but also some shot blocking presence for Aomori Wat’s, whose defense left much to be desired.

The 6-foot-9 Cariño will most likely be alternating with British-Jamaican  Ryan Richards and bullstrong former PBA import Michael Craig at the center and power forward slots. Head coach Takeshi Hotta will have his work cut out for him as he takes over the helm of the Aomori Wat’s after his two-year stint with the Hiroshima Dragonflies in Division I.

The Aomori Wat’s will be rebuilding around their top local, 6-foot guard Daichi Shimoyama, who averaged 11 points last season and connected on 39.5% of from three-point distance. – Rappler.com