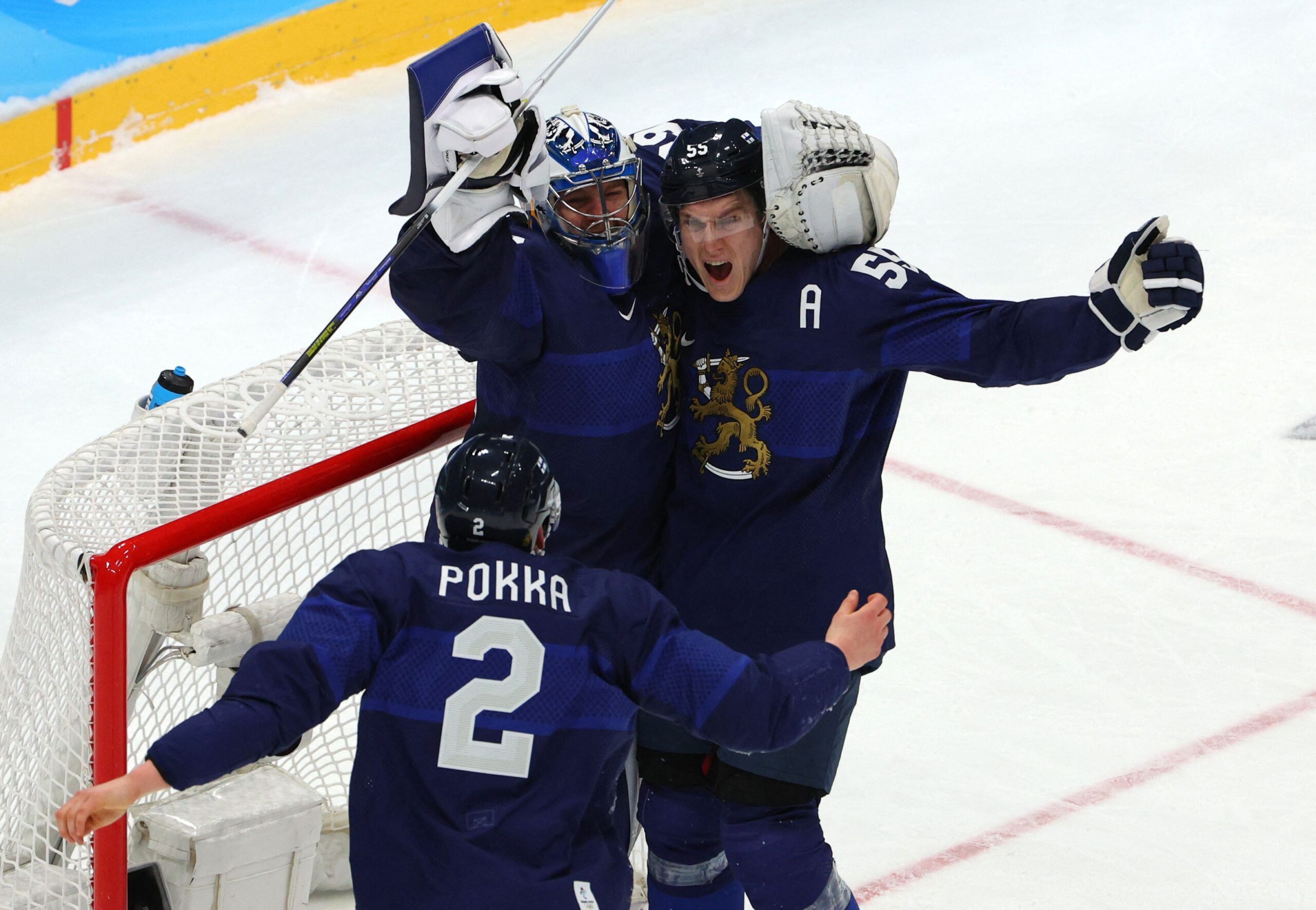 BEIJING, China – Finland team finally reached the top of the Olympic podium in men’s hockey on Sunday, February 20, by beating the Russian Olympic Committee (ROC), 2-1, to claim the final gold medal on offer at the Beijing Winter Games.

Ville Pokka and Hannes Bjorninen each had a goal, while Harri Sateri was rock solid in net when called upon, facing 17 shots as the inspired Finns capped an unbeaten run to gold by overcoming the Russian defending champions.

Finland has made regular appearances on the Olympic podium, returning home with a medal from five of the previous seven Games, but until Sunday had never reached the top step.

Twice before the Finns had contested the final, at the 1988 Calgary Games and 2006 Turin Olympics, and came up short but the third time proved the lucky charm.

Slovakia, with the help of two goals from teenage sensation Juraj Slafkovsky, beat Sweden, 4-0, on Saturday to clinch the bronze and their first ever Olympic medal in men’s ice hockey. – Rappler.com