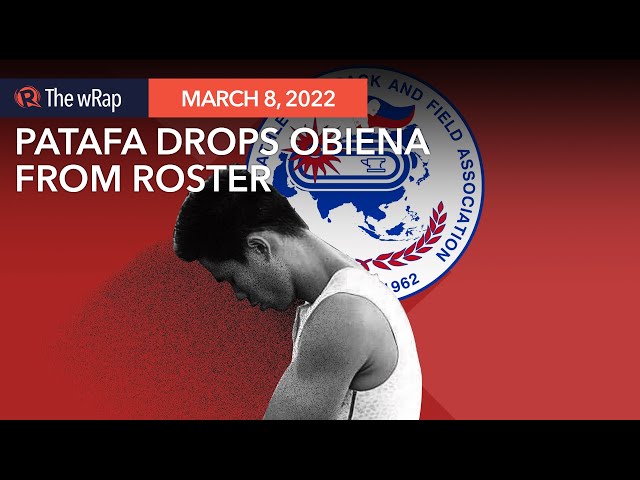 MANILA, Philippines – Embattled pole vault star EJ Obiena is not on the list of athletes the Philippine Athletics Track and Field Association (PATAFA) intends to send to the 31st Southeast Asian (SEA) Games in Vietnam this May.

It is one anticipated gold medal loss for Team Philippines but the most damning, according to Philippine Olympic Committee (POC) president Abraham “Bambol” Tolentino.

“I can only shake my head, this is horrible,” said Tolentino on Obiena’s missing entry on the national sports association (NSA) lists submitted to the POC.

“Barring serious injury, EJ will win the gold medal even blindfolded in Hanoi,” he continued. “He’s not only the best in the SEA Games, but in the whole of Asia – not to forget that he’s No. 5 in the world.”

The POC tasked national sports associations (NSAs) to submit their entries by numbers for the SEA Games on Monday, March 7, as Vietnam set a Saturday, March 12 deadline for submission of team compositions for the Games happening from May 12 to 23.

“An NSA relentlessly sanctioning its No. 1 athlete—a guaranteed win and who knows a future world and Olympic champion – I just couldn’t find [the] logic,” Tolentino said.

Rommel Sytin, one of the country’s business leaders, signed the entry by numbers form as PATAFA’s secretary general.

The NSA headed by Philip Ella Juico has the second biggest number of entries with 53 athletes and 17 officials, second only to esports which has 54 entries.

Juico previously said that Obiena’s reinstatement back to the national team is subject to discussion with the PATAFA board. The two camps have been in a public spat on funding since late November 2021.

Obiena’s exclusion from the SEA Games pool means he will also miss the World Indoor Championships scheduled March 18 to 20 in Belgrade, Serbia, because the World Athletics (WA) deadline of registration for qualified athletes was also last Monday.

Had Obiena been endorsed by PATAFA, he could have been the first full-blooded Filipino to compete in the world indoors, according to PATAFA training director Renato Unso.

Obiena won the men’s pole vault gold medal at the 2019 SEA Games at the New Clark City Stadium with a leap of 5.45 meters. Less than two years after on September 12, 2021, he broke the Asian record with 5.93 meters at the Golden Rooftop Challenge in Innsbruck, Austria.

Obiena was also the only Asian to qualify at the Tokyo Olympics pole vault finals in 2021. – Rappler.com