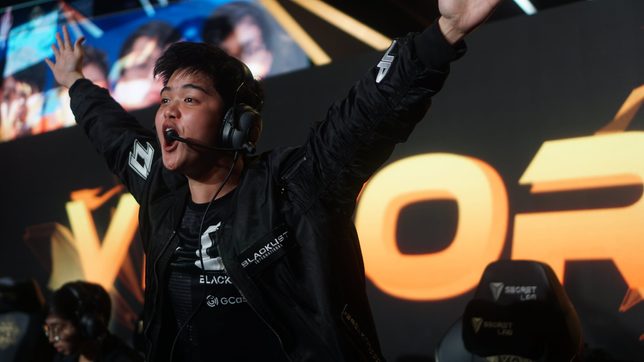 Facebook Twitter Copy URL
Copied
Proving that its dominance in the local scene is no fluke, Blacklist International rules the M3 World Championships after crushing Onic Philippines in an all-Filipino grand finals

Blacklist proved that its dominance in the local scene is no fluke as it ruled the M3 World Championships in Singapore with a sweep of Onic Philippines, 4-0, in an all-Filipino grand finals on Sunday, December 19.

Toughened by its arduous run from the lower bracket to the grand finals, Blacklist made quick work of Onic – the same team it beat for the Season 8 title of the Mobile Legends Professional League (MPL) Philippines – to bring home the grand prize of $300,000 (around P15 million).

Blacklist became the second Filipino team to capture a world title after Bren Esports reigned supreme in the M2 World Championships in January this year.

Kiel “Oheb” Soriano clinched the Finals MVP honors for his stellar play on the gold lane, finishing the series with a near-perfect outing of 6 kills and 3 assists against 1 death on Beatrix in their title-clinching Game 4 win.

This is the third championship for Blacklist this year after it lorded over Seasons 7 and 8 of MPL Philippines.

But things looked bleak for Blacklist earlier in the tournament as it got relegated to the lower bracket following a stunning loss to North America’s BloodThirstyKings in the first round of the upper bracket playoffs.

Blacklist, though, showed its mettle in the lower bracket, eliminating Indonesia’s Onic Esports and RRQ Hoshi, Brazil’s Vivo Keyd, and Singapore’s EVOS SG before exacting revenge on BTK to advance to the grand finals.

In contrast, Onic Philippines dominated the upper bracket with a series of sweeps.

After dropping its tournament opener against Onic Esports, Onic Philippines toppled Vivo Keyd and Malaysia’s Todak in the group stage and swept Singapore’s RSG SG, RRQ, and BTK en route to the championship round.