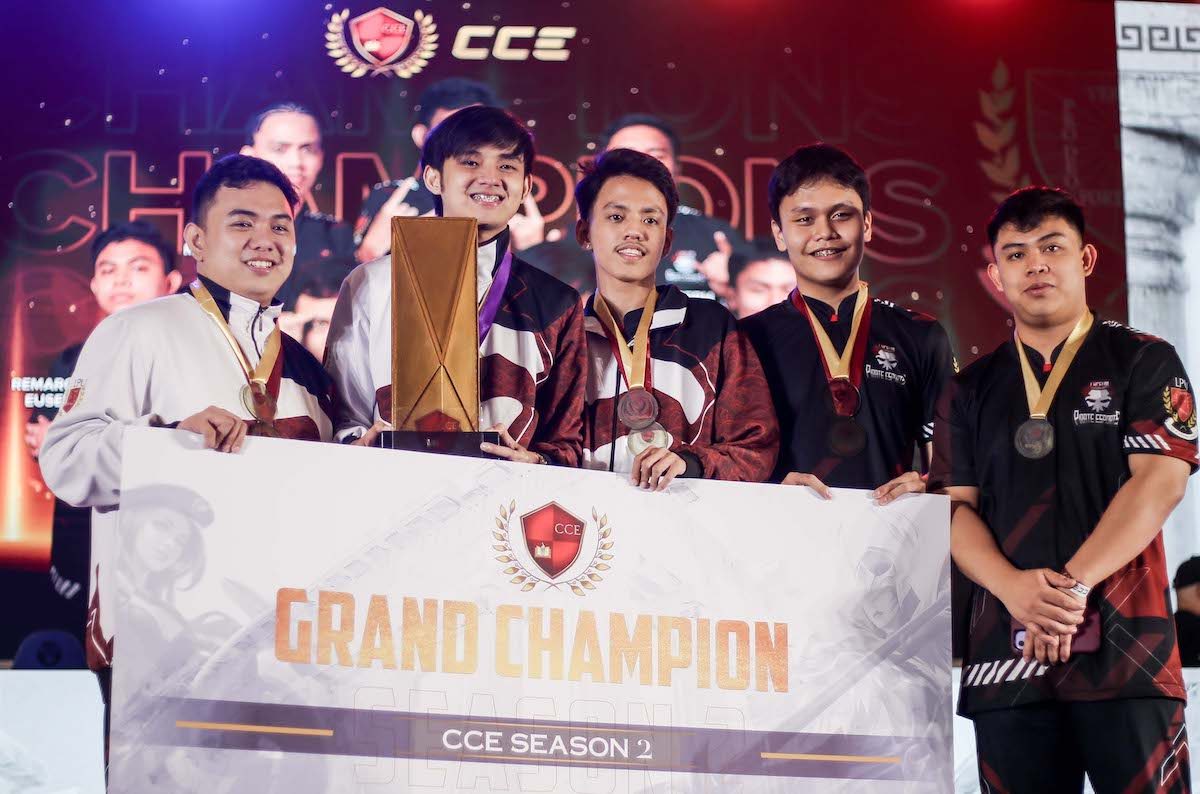 BACK-TO-BACK. Lyceum retains its Mobile Legends crown in the Collegiate Center for Esports.

The Pirates exacted sweet revenge on the Letran Cyberknights as they ruled the CCE Mobile Legends for the second straight season with a 3-1 comeback win in the grand finals over the weekend at the Mall of Asia Music Hall.

Relegated to the lower bracket by the same Letran side, Lyceum got its payback in the best-of-five championship duel, with the Pirates bucking a Game 1 loss and sweeping the Cyberknights in the next three matches.

“It is normal to us that our opponents get the upper hand,” said Lyceum team captain Paul “Fae” Huang in Filipino.

“Whenever we’re in that situation, we never give up. We never doubted ourselves so we managed to turn it around. We just continued until we won.”

Fae starred in their title-clinching Game 4 win with a masterful performance of 7 kills and 13 assists against 0 deaths on Xavier, while two-time MVP Mark Kenneth “Mark” delos Reyes proved to be the Pirates’ stabilizer.

Mark churned out 3 kills and 7 assists against 0 deaths on Camilla in Game 2 as Lyceum knotted the series at 1-1 and came up with a bunch of crucial plays on Akai in Game 3 to help his side move on the cusp of the crown.

The Pirates then needed just under 16 minutes in Game 4 to wrap up the championship clash after clobbering Letran with a kill difference of 25-6.

While Lyceum came in as a heavy favorite after a dominant title romp in the inaugural season, Fae said it was important for the Pirates to stay grounded.

“I always tell my team that even if we won the championship in Season 1, we should not let that get into our heads so we can avoid being overconfident,” Fae said.