The 6 trolls you meet online 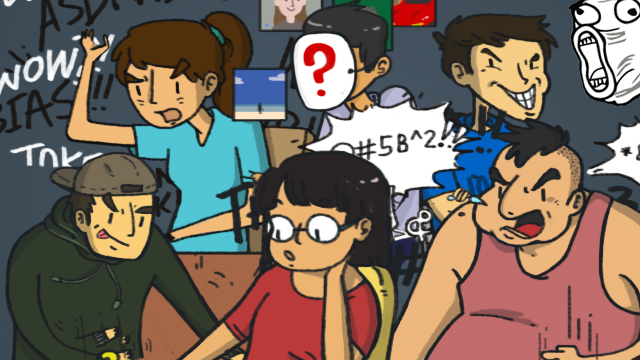 MANILA, Philippines – On the internet, you can be anything.

Suffice it to say that there are endless possibilities when you’re online. You could find anything, you could talk to almost anyone, and you could be anyone – both in the good and bad sense.

Some people have taken this freedom and decided they would become what we now know as “trolls.”

No, they’re not the gigantic, ugly, mean trolls you find in storybooks, but what they do usually have are giant tempers, ugly thoughts, and mean comments.

Here are 6 kinds of trolls – out of many – that you may come across online: 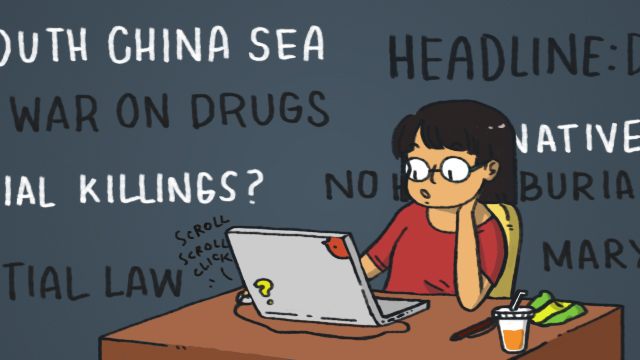 There’s a saying that goes, “Do not judge a book by its cover.” These types of trolls have, presumably, never heard this before.

These are the people who form angry comments based on nothing more than an article’s title alone.

Despite knowing that the post is a link and more context must be sought by clicking on and reading the article in its entirety, they choose to form judgments on what the entire article is about based solely on the 5 or 6 words written at the top.

It’s similar to seeing the movie title “The Devil Wears Prada” and assuming right off the bat that the movie must be about a stripper. 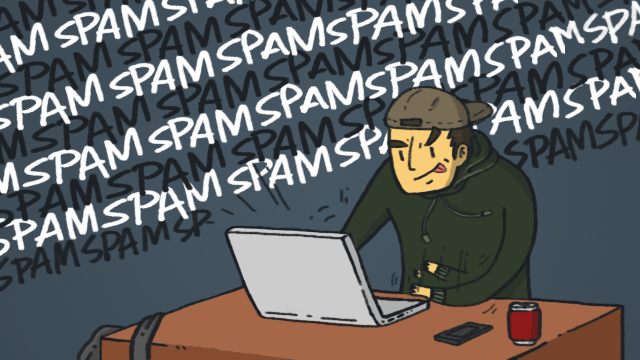 Perhaps the most common among all the trolls that can be found online, these people are ever-present in any given article.

So strictly consistent is their message that there can be no better description of it other than “copy-paste.” The exact same words are repeated on every single thread – God forbid one story should be left without an angry comment.

They are usually easy to spot: copy-pasted message, posted on all related and non-related articles, commented on every single page possible. At times, they even mistakenly include the name of a competing page along with their message, not bothering to care who they’re spamming.

So no, Mr or Ms Spammer, you’re spamming Rappler today, not the Inquirer. 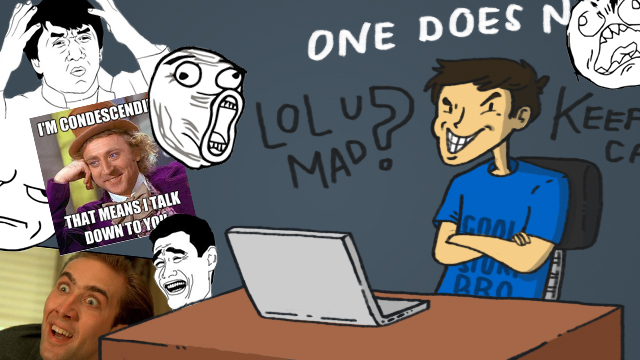 Ahh, memes. Often, memes are harmless and just add a bit of humor to our lives.

But trolls, never to be outdone by any other internet species, have taken memes further than ever before, turning the tables with such agility that nobody can truly discern the exact moment the memes goes from funny to malicious.

You can see these people taking seemingly innocent photos they find online, and imprinting hateful, foul, and usually baseless accusations onto the image. This image is then presented to the world at every possible opportunity.

Haven’t seen them? Scroll down to the very end of that angry stream of comments the next time you happen to pass by a polarizing article. Surely there you will see them gathered by Facebook’s algorithm: Textless photo comments where the image paints not quite a thousand words. (READ: To curb hoaxes, Facebook must accept it’s a media company) 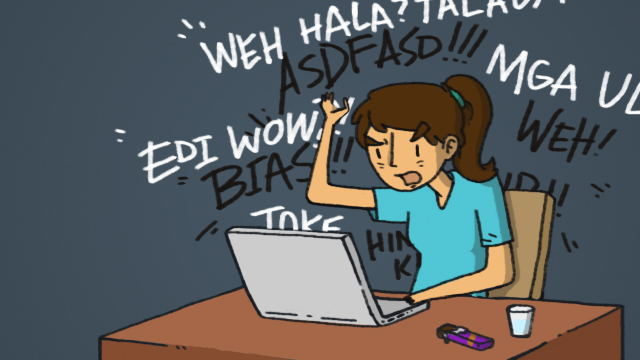 Competition, once in a while, is generally considered a healthy thing.

Trolls, however, seem to have the power of turning everything they touch into toxic waste. What should be a lively discussion of differing ideas among civil company all too quickly turns into a shouting match between two people whose caps lock buttons are perpetually activated.

There are two sub-species of these kind of trolls:

The first are the bandwagon riders: These are the people who see a comment that is to their liking and must, vehemently and with every fiber of their being, agree. They are not often the author of instigating comments.

While the author of the first comment is usually someone who can still be reasoned with, these hitchhikers’ talents lie in their well-practiced ability to disregard any possible form of sensible thought that goes against them and to repeat, and repeat, and repeat the same sentiments they first started with.

The second are the caps lock typers: Whatever one camp posts, the other camp must turn their sentiment around and type it back at them all in capital letters. This is presumably to show all the world just how passionately they think the other person is wrong.

For both cases, any attempt at sensible argumentation is given up in favor of the online version of an angry, senseless yell. 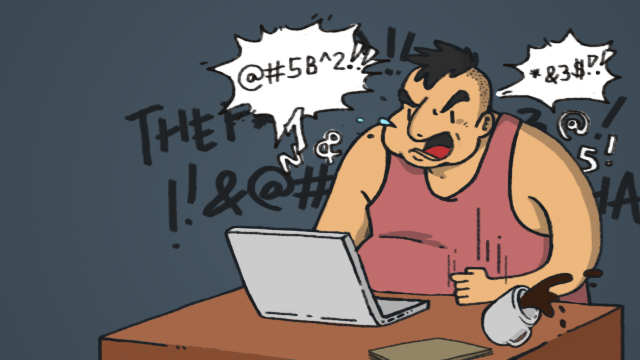 Perhaps the troll whose sensibility is most difficult to defend, these people don’t even bother with any of the other possible forms of trolling. They really don’t seem to bother with any form of actual thought.

The phrase “use your words” means little to them beyond curses typed out without any explanation as to their anger or irritation.

In a stream filled with all types and styles of comments, they distinctly stand out in form rather than substance: One curse word is all they need to hold the reader in an entranced state of confusion and leave the world wondering just what exactly is wrong. 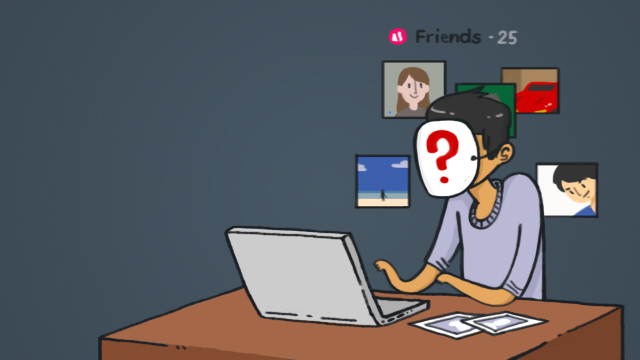 To the average reader, whose interaction with the comment section is a leisurely stroll in the park, these accounts wouldn’t rouse one’s curiosity. (Nothing to see here, just another disgruntled reader airing their sometimes slanderous thoughts!)

But that’s the genius of these types of trolls. They pretend to be real people, and can actually pull it off to some degree. However, closer inspection will reveal the thin layer of faux-skin and, a little further on, the robotic skeleton behind every comment.

Checking out their profiles, you’ll only find generic photos (usually cartoons); only about 25 friends who all seem disconnected from each other; and no substantial posts to prove any semblance of a normal life.

These types of trolls set up multiple fake accounts for the purpose of commenting and backing up their own comments. Because, after all, if you don’t support yourself… who else will?

Have you encountered any of these kinds of trolls online? How do you deal with them?

Have you, for the wicked fun of it, tried being one of these trolls?

Take some time off and break a sweat. Check out our coupons for the best deals on outdoor wear.