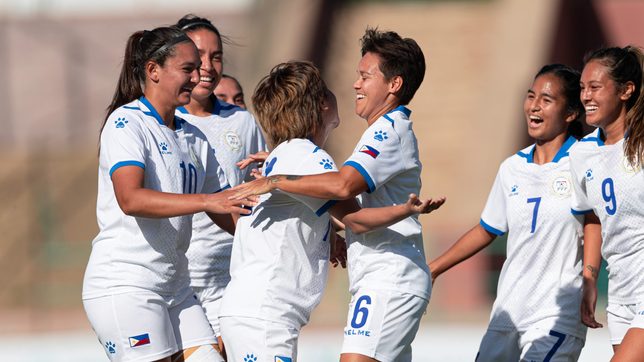 Former Australian national team coach Alen Stajcic said he enjoyed the spirited and positive company of the Philippine women’s football team as he mentored them for the upcoming Women’s Asian Cup in January 2022.

Though there were many things to work on with the team that has never qualified for the World Cup, Stajcic appreciated how driven the Filipinas were in learning to be better.

“On the positive side, the way that the players have come their hunger to learn, the motivation to want to get better, and their drive and their thirst for learning has been probably the best group I’ve ever been a part of, ” said Stajcic, who has steered Australia to the 2015 Women’s World Cup.

“There are so many positives within this group – such a good group, such a united group – that I’ve noticed. I know that they’re all aligned and driven to succeed as one and that’s what we have to do to give ourselves every possible chance of getting in one of those spots for the World Cup.” The Philippines is aiming for a maiden berth in the Women’s World Cup. In the team’s 10th appearance in the Asian Cup, there will only be five slots that will send them to the highest-ranking women’s football tournament.

The 47-year-old football veteran said that the lack of international play due to COVID-19 was a challenge for the women’s football team. But the coach shared that the mentality of the team is to win and qualify for the quadrennial football tournament.

The majority of the women’s national football team are currently training in Irvine, California, where they have been able to play against professional teams in the US.

The Philippines – which notched a record FIFA ranking of No. 64 – will see action in the AFC Asian Cup in India from January 20 to February 6, where it’s bunched in Group B with world No. 11 Australia, world No. 38 Thailand, and world No. 94 Indonesia.

The FIFA Women’s World Cup, which will be jointly hosted by Australia and New Zealand in 2023, expanded its qualifying quota from 24 to 32 squads from six confederations. – Rappler.com

Kick the year off with new adidas footwear using these voucher codes!

Azkals U23 miss out on Asian Cup berth after Singapore heartbreak