Carli Lloyd to retire from USWNT, pro soccer in the fall 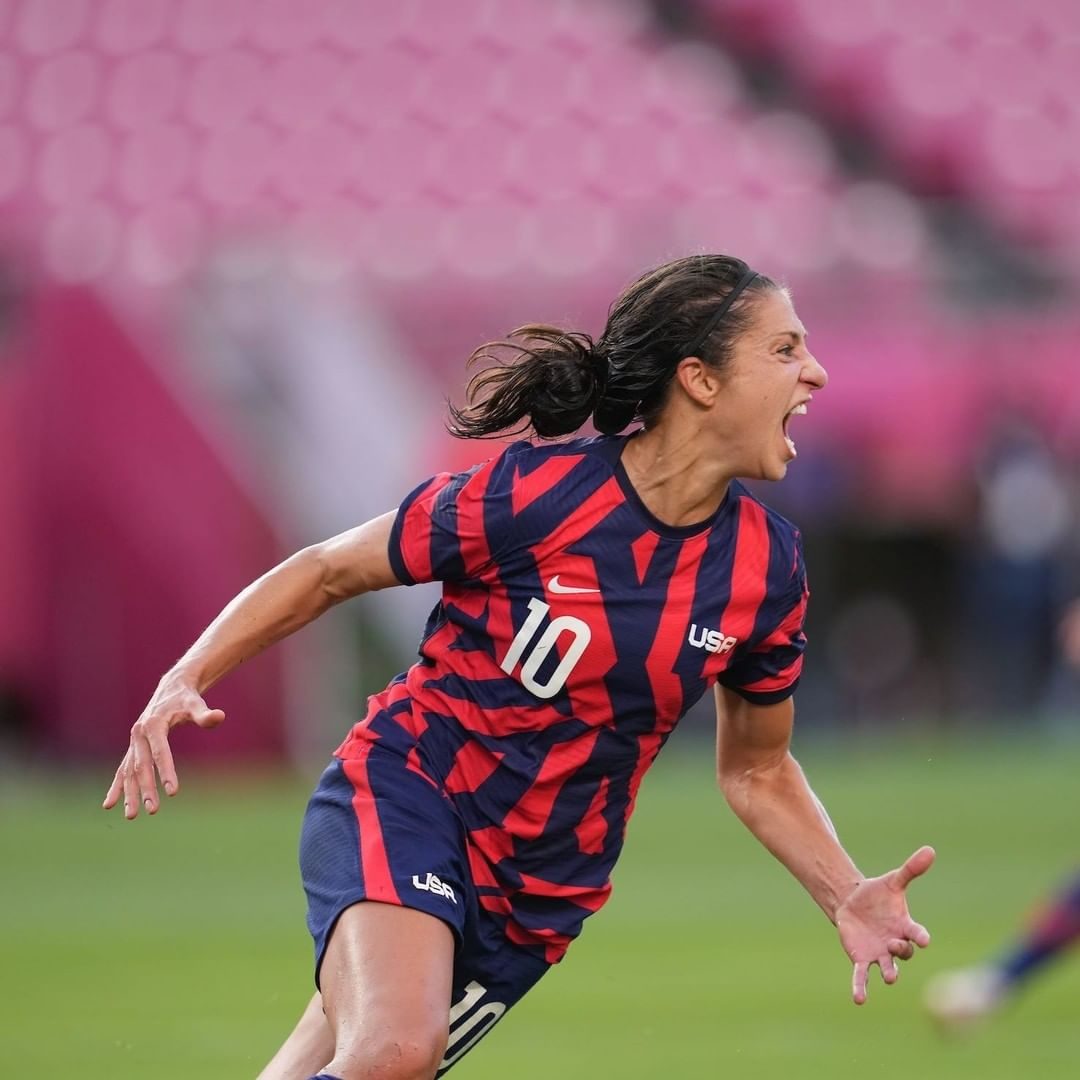 OLYMPIC GOLD. Carli Lloyd ends her international career in the Tokyo Olympics with a bronze medal.

Soccer star Carli Lloyd will retire this fall from both international and professional soccer.

Lloyd, 39, is a two-time World Cup champion, has won two Olympic gold medals and twice was named the FIFA world player of the year.

She will leave the US Women’s National Team as one of the greatest players in its history.

Her international career began in July 2005, just days before her 22nd birthday. She has amassed 312 caps, trailing only Kristine Lilly (354) all-time in international play. Only four players have played 300 or more times for their country in international women’s soccer history.

“When I first started out with the National Team in 2005, my two main goals were to be the most complete soccer player I could be and to help the team win championships,” Lloyd said Monday in a news release.

“Every single day I stepped out onto the field, I played as if it was my last game. I never wanted to take anything for granted, especially knowing how hard it is to get to the top, but even harder to stay at the top for so long.”

Her final appearances on the field will come in four fall friendly matches still to be announced by US Soccer, and she will play the rest of the season with NJ/NY Gotham FC of National Women’s Soccer League. She has played pro soccer with six teams over 12 years.

“Her career was unique, and her success on the field is something all current and future national team players should aspire to achieve. The way she approached her everyday training and career as a professional is truly impressive and I’ve been honored to coach her.”

Team USA won 88% of its matches in which Lloyd played, posting an overall record of 257-17-38. She played in 25 World Cup matches and 22 Olympic matches, the most for a USWNT player in a world championship, including in the 2020 Tokyo Olympics. The Americans won the bronze medal.

“I am thankful for all five head coaches I have played for as they have all helped mold me into the player I have become over the years,” Lloyd said. “We shared some amazing moments and also some challenging moments but all of it is what has made my journey so special and rewarding.”

She is in the record books as the USA’s all-time top scorer in the Olympic Games with 10 goals. She also scored 10 goals in World Cup play, behind only Abby Wambach (14) and Michelle Akers (12). Three of those goals came in a 17-minute span in the 2015 FIFA Women’s World Cup Final, a 5-2 U.S. victory over Japan. – Rappler.com