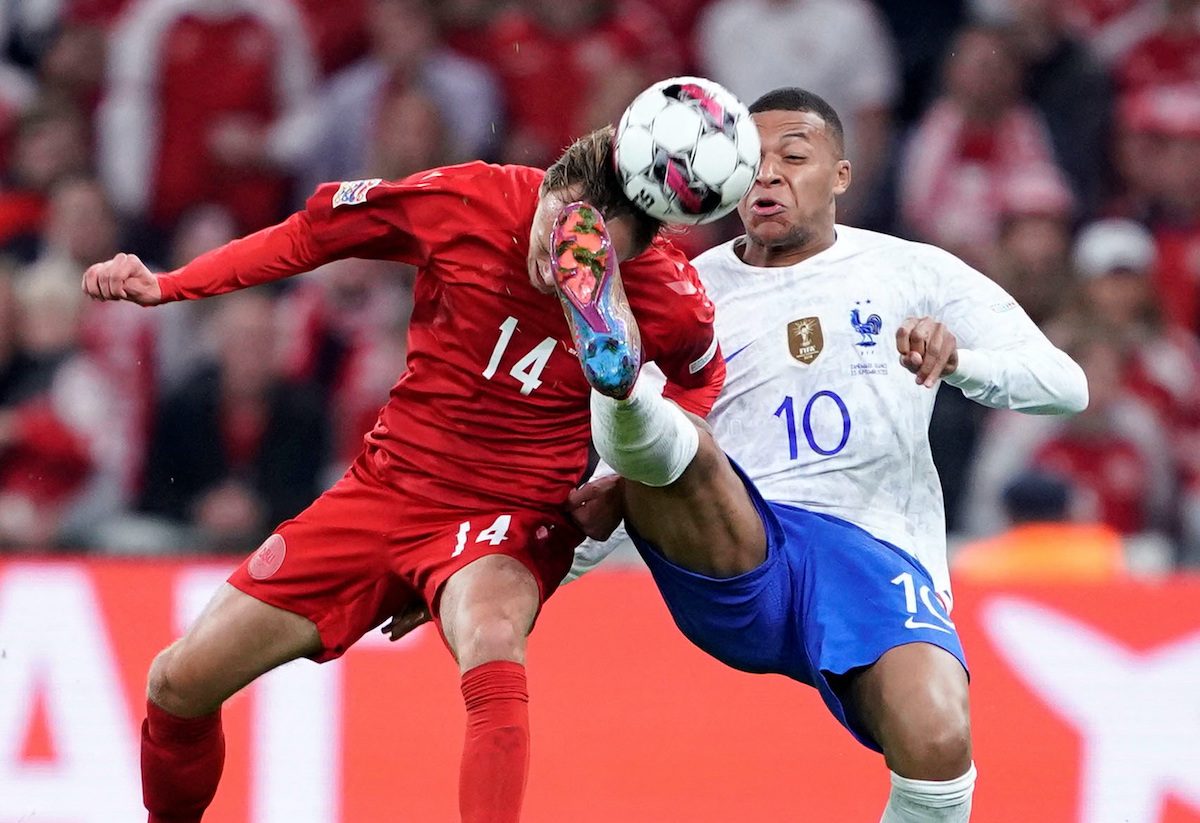 STUNNER. Kylian Mbappe and France fall prey to Denmark in the Nations League.

France coach Didier Deschamps said Kylian Mbappe needs more support from his teammates after they lost 2-0 to Denmark in the Nations League on Sunday, September 25.

Mbappe, who scored in a 2-0 win over Austria on Thursday, forced Danish keeper Kasper Schmeichel into a couple of saves but was unable to get on the scoresheet as Kasper Dolberg and Andreas Skov Olsen gave the hosts victory.

“Kylian did a lot of good things,” Deschamps told reporters. “He is one of the few players who has played two 90 minutes in three days.”

“He can’t do everything by himself either. He was more decisive, like the whole team, three days ago, it does not worry me. I’m not going to worry about Kylian. He also needs the others.”

France, which will face Denmark again in the World Cup in November, finished third in their Nations League group with 5 points from six games. – Rappler.com