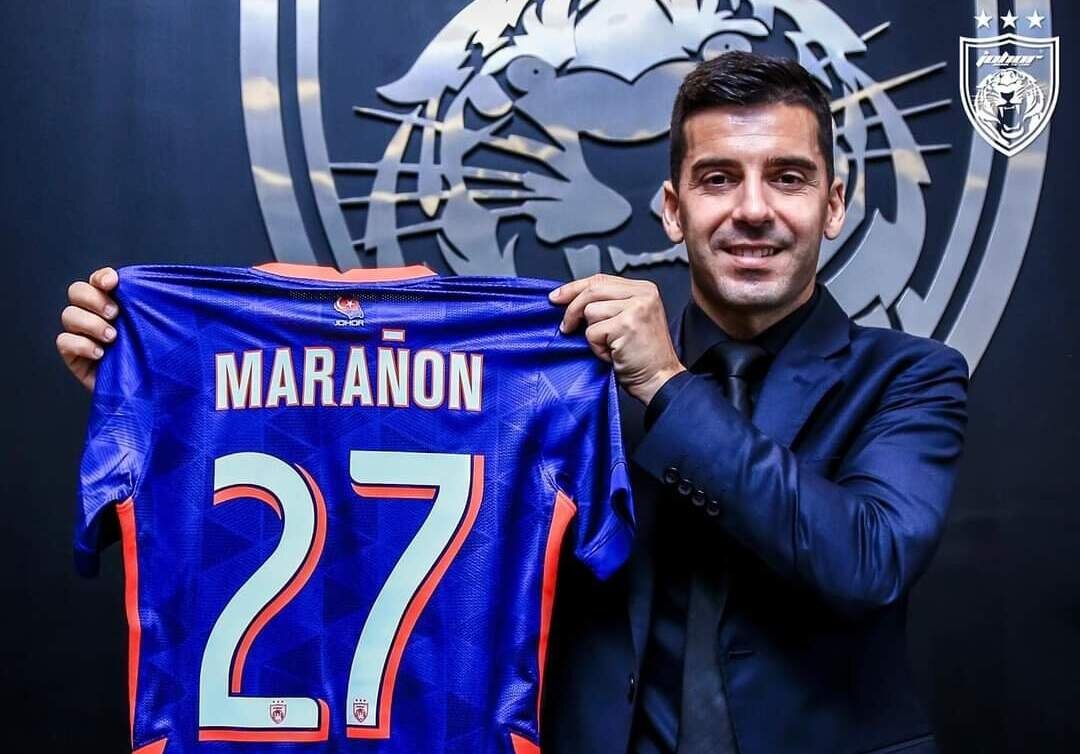 Facebook Twitter Copy URL
Copied
Bienvenido Marañon, the most prolific forward in the Philippines, links up with the most decorated professional football club in Malaysia

He will not be tormenting the Malaysians again anytime soon.

The most prolific forward in the Philippines links up with the most decorated professional football club in Malaysia as Johor Darul Ta’zim FC, also known as JDT and the Johor Southern Tigers, formally announced on Thursday, January 20, that the team had signed Marañon for the 2022 season.

“I just want to enjoy in this beautiful club,” Marañon told Rappler. “This is an exciting year. I will give my best and enjoy football again.”

In Marañon, the Southern Tigers will be adding an offensive weapon that will only make the club more fearsome. Not only is Marañon arguably the most creative and tenacious striker who has played in Philippine soil the past six years, he is also the all-time leading goal scorer of the AFC Cup.

JDT has also made its mark in the international scene. It is only the second club from Malaysia to win the AFC Cup. It has also been a fixture the past three years in the AFC Champions League, the annual competition among Asia’s champion and premier football clubs.

The Johor Southern Tigers have played their home games beginning in 2020 at the Sultan Ibrahim Stadium, a 40,000-capacity football stadium in Iskandar Puteri, Johor, Malaysia. This early, Marañon is already looking forward to running the field of the stadium.

“I want to do a great preseason. I would love to have these great competitions here in Malaysia,” he said. Preparations for JDT have already began as they brace for a packed preseason camp in Dubai, United Arab Emirates beginning Tuesday, January 25. The Southern Tigers are scheduled to face top-notch football clubs such as MSK Zilina of Slovakia, Riga FC of Latvia, plus Russian clubs Rodina Moscow and Spartak Moscow.

Majority of JDT’s local players are members of the Malaysian national team, including team captain Aidil Zafuan and two naturalized Malaysians – winger Aidil Zafuan from Gambia and forward Guilherme, who is originally from Brazil.

The club also features quality reinforcements such as Italian Serie A and English Premier League veteran Fernando Martin Forestieri of Italy, who is said to be the most expensive player in the Liga Super Malaysia, Bergson da Silva and Maurício of Brazil, Leandro Sebastián Velázquez of Argentina, and former Aston Villa defender Shane Lowry of Australia.

But perhaps one teammate Marañon looks forward the most to playing with is Carli de Murga, whose signing by JDT was announced the same day as Marañon’s.

Marañon and De Murga are longtime friends who both trace their roots to El Puerto de Santa María in Spain. They both came up the junior ranks together and were teammates at Cadiz CF, a Spanish professional football club based in Cádiz, Andalusia. De Murga was instrumental in convincing Marañon to take his talents to Philippine shores in 2015.

Marañon acknowledged the significance of De Murga’s signing with JDT.

“It is very special to share this experience with Carli. We are friends and now teammates again. It is always great to come to a new club with someone you know and even more if is your friend,” he said. “We will enjoy a lot this 2022 season with Johor and Azkals as well.” – Rappler.com