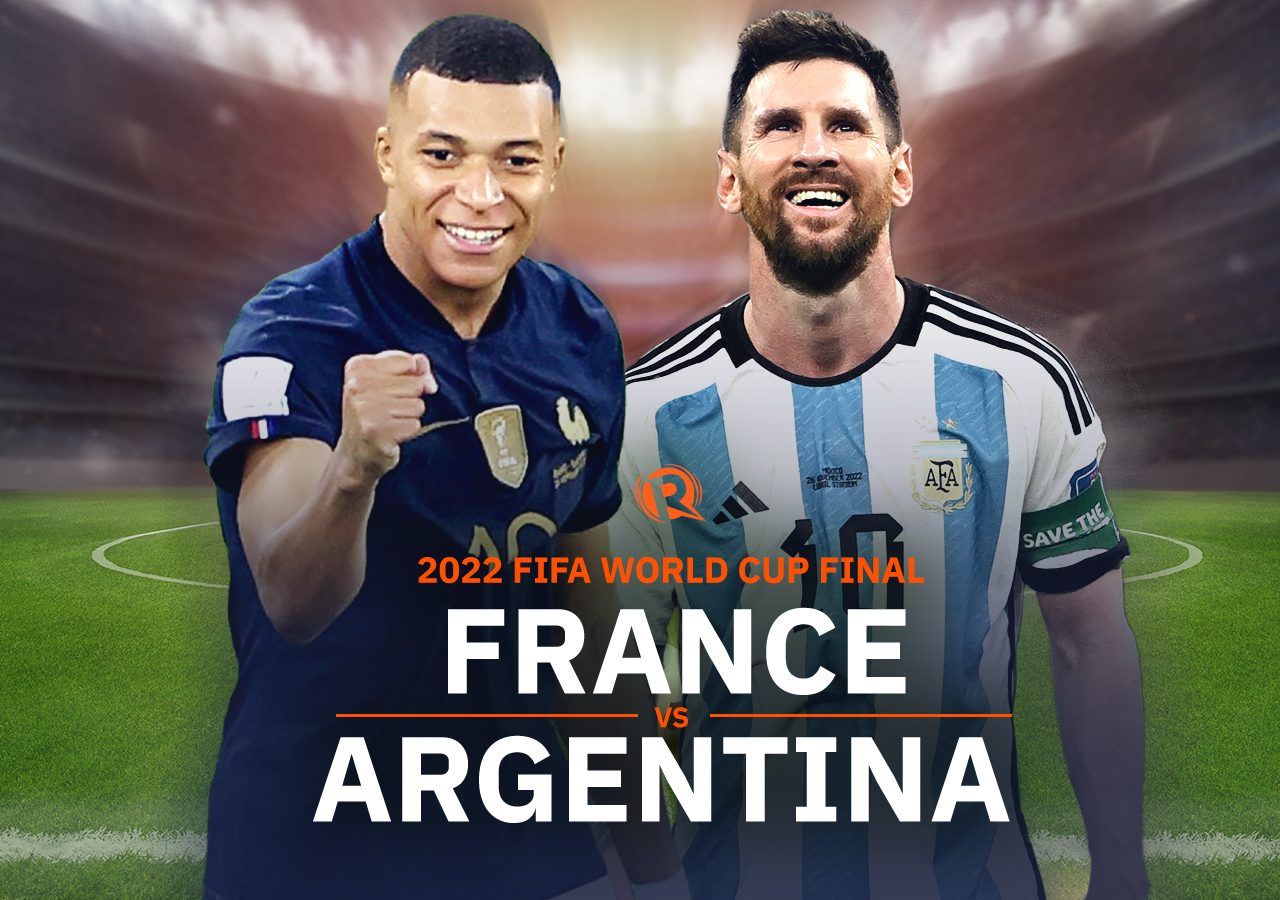 France had come from two goals down to level over 90 minutes with Kylian Mbappe netting twice in two minutes, including an 80th-minute penalty.

The France striker completed his hat-trick in the 118th with another spot-kick after Messi had tapped in for a 3-2 lead in the 109th. Read the full story here.

A World Cup that has defied all expectations reaches its climax on Sunday, December 18, when Lionel Messi could join Diego Maradona in Argentine immortality by taking the South Americans to the title, or France could become the first nation to retain it since 1962.

Both scenarios would be an appropriate final act to the first World Cup staged in an Arab country.

The final match is set at 11 pm, Manila time, with the two countries meeting in a World Cup final for the first time.

Argentina and France last faced each other in a World Cup in the Round of 16 in 2018, with the French prevailing, 4-3, en route to the title.

France and Argentina have taken different paths to meet in the final in Qatar.

After opening with a stunning loss to Saudi Arabia in the group stage, Argentina has steadily found its form.

In the quarterfinal, after blowing a 2-0 lead in the closing minutes and needing penalty kicks to survive the Netherlands, Argentina thoroughly dominated in the semifinal against Croatia, which had reached the previous World Cup final.

Messi – who confirmed before the title match that he will play his last game in the sport’s biggest stage – can guide the country to a first World Cup since 1986, repeating a trick by the legendary Maradona 36 years ago.

France, meanwhile, cruised through its first two group games before resting many of its stars in a 1-0 loss to Tunisia.

Led by young star Kylian Mbappe, the defending champs then won a dramatic game against England before handling Morocco, the first African side to reach a World Cup semifinal.

This is the first time since Brazil in 2002 that a defending champion has reached the tournament final – that is also the last time a team outside of Europe won the title. Only Italy (1934, 1938) and Brazil (1958, 1962) have won consecutive World Cups.