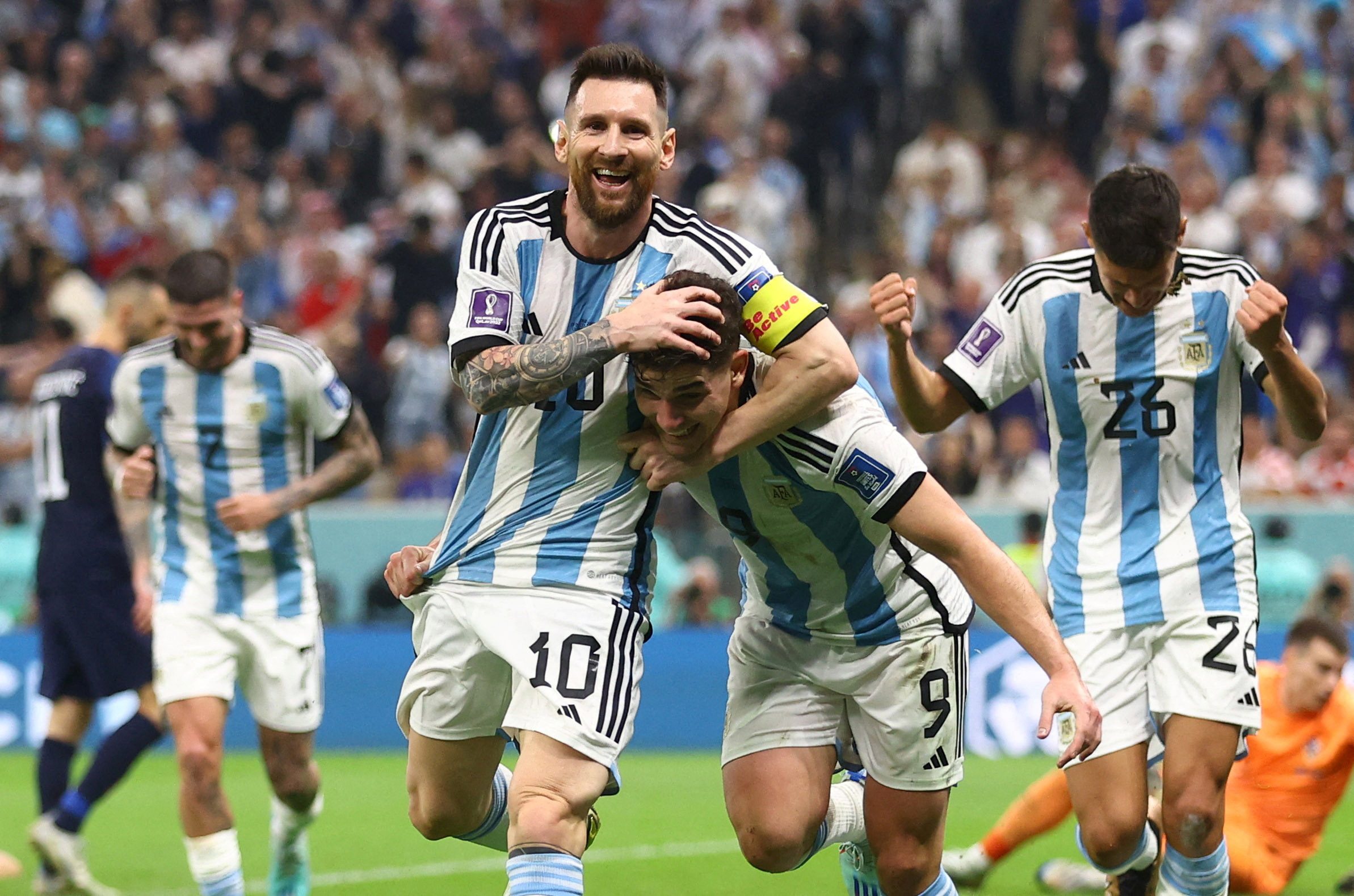 LUSAIL, Qatar –  The most clinical of smash-and-grabs kept Lionel Messi on track for his date with destiny and broke Croatian hearts as Argentina reached Sunday’s World Cup final with a 3-0 victory at the Lusail Stadium.

Either title holder France or Morocco will face an Argentinian side who were fired-up and orchestrated by a majestic Messi on Tuesday, December 13 (Wednesday, December 14, Manila time).

Considered by many to be the world’s best, Messi now has a chance to put behind him defeat in the 2014 World Cup final and fill the only blank on his career resume.

“Throughout the World Cup it has been incredible what we have experienced. We are going to play the final which is what we wanted,” said Messi, voted the world’s best player a record seven times.

“I don’t know if it’s my best World Cup, it’s been a long time I’ve been enjoying. This team is crazy. We are going to play one more final, we are going to enjoy all of this.”

Croatia played their part, but in the event it was the smallest of cameos.

Messi earned a last shot at World Cup glory after his penalty and a double from Julian Alvarez helped Argentina sweep past Croatia into the final.

While all eyes were on Argentina captain Messi and his fifth bid to win the one major trophy eluding him, it was 22-year-old Alvarez who stole the show, earning the penalty before opening his own account at the end of a scintillating 50-meter run.

Messi coolly put away the spot kick in the 34th minute, after Alvarez was brought down by keeper Dominik Livakovic, to become his country’s all-time World Cup top scorer with 11 goals.

Alvarez then took matters into his own hands with his solo effort to double their lead five minutes later.

The pair combined perfectly in the 69th for Alvarez to tap in his second goal after a mesmerizing Messi drive to the byline and cut-back to make sure of Argentina’s sixth World Cup final appearance.

“I’ve been enjoying this for a long time, since we arrived at this World Cup,” the 35-year-old Messi said. “We asked people to trust us because we know who we are. It’s crazy, we did it… we’re going to play another final. Once again, Argentina are in a World Cup final.”

Finalists as recently as 2014, the Argentines will try to land a third world crown after 1978 and 1986, a feat that looked unlikely a few weeks ago following their shocking opening group-stage defeat by Saudi Arabia that left them facing the prospect of elimination.

Claiming the world title would elevate seven-time Ballon D’Or winner Messi to the mythical status that the late Diego Maradona enjoys in Argentina.

On Sunday they will face either defending champions France or surprise package Morocco, the first Arab country in a World Cup semifinal, who play each other on Wednesday.

Croatia, the 2018 runner-up, wanted possession at the start, as they did against Brazil in their quarterfinal, and circulated the ball well but struggled to find a way into the Argentina box.

“We had good control but we were not specific in our actions,” said Croatia coach Zlatko Dalic. “We tried to come back, they had a counter-attack and we conceded the second (goal) and we were done by that point.”

The South Americans, who have now won every World Cup semifinal they have contested, enjoyed fiery support from their fans who far outnumbered the Croatia supporters in the stands of Lusail stadium, also the site for Sunday’s showcase match.

They exploded with a loud roar when Alvarez tumbled to earn a penalty after being felled by the onrushing Livakovic.

Messi, who drew level with Germany’s Lothar Matthaeus as joint record holder for most World Cup appearances with his 25th game, fired past Livakovic after Croatia’s assistant coach Mario Mandzukic was sent off for dissent.

But the best was yet to come and it was Alvarez, nicknamed ‘the spider’, who delivered, picking up a Messi pass in his own half, weaving his way into the Croatia box, thanks to two lucky bounces and sloppy defending, before tucking in the second goal.

Unlike their extra-time comeback heroics against tournament favorites Brazil, there was no way back this time for Croatia.

The Argentines were in no mood to squander a two-goal advantage as they did against the Netherlands in the last eight and Alvarez dashed any lingering Croatia hopes in the 69th, tapping in Messi’s cutback to seal the Balkan country’s defeat.

As the Argentines celebrated wildly with their fans, Croatia’s golden generation, led by their 37-year-old captain Luka Modric, quietly made their exit. – Rappler.com