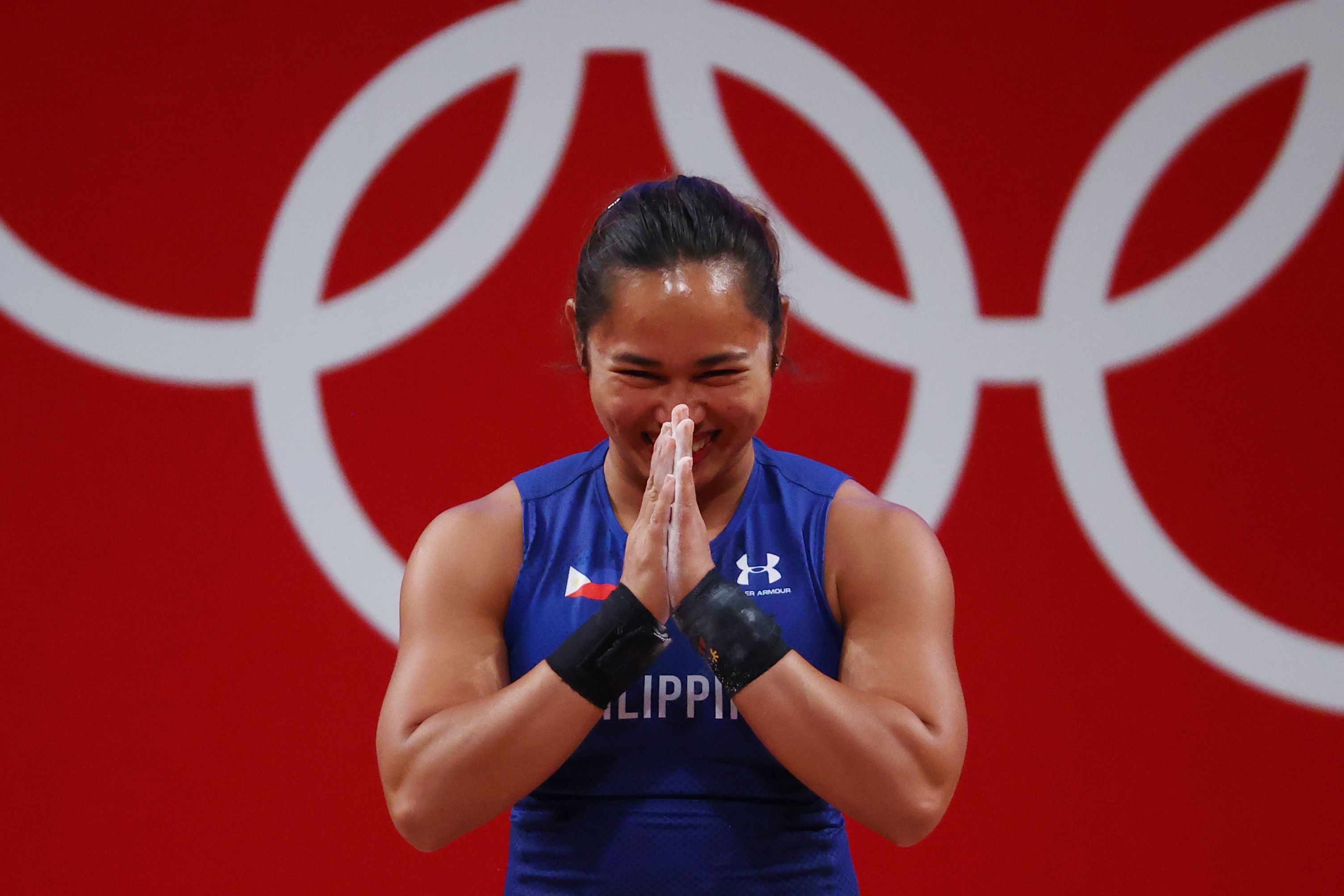 CHAMPION. The palpable excitement for the Philippine women's football team felt almost the same as when Hidilyn Diaz clinched the elusive Olympic gold medal for the country.

MANILA, Philippines – From one history maker to another.

(Watching this makes me proud and emotional because you can see how happy the athletes were when the goal was scored.)

(I feel their love for the sport and I know they did their best.)

Filipinos who stayed up till midnight Monday watched at the edge of their seats as the Filipinas dragged the Taiwanese to a sudden death in their penalty shootout thanks to a clutch save and game-tying goal by goalkeeper Olivia McDaniel.

McDaniel then defended another Chinese Taipei shot and Sarina Bolden found the back of the net for the game-winner to propel the Philippines to the biggest stage in women’s football.

The palpable excitement felt almost the same as when Diaz ended the Philippines’ Olympic gold medal drought with her sensational win in the Tokyo Games last year.