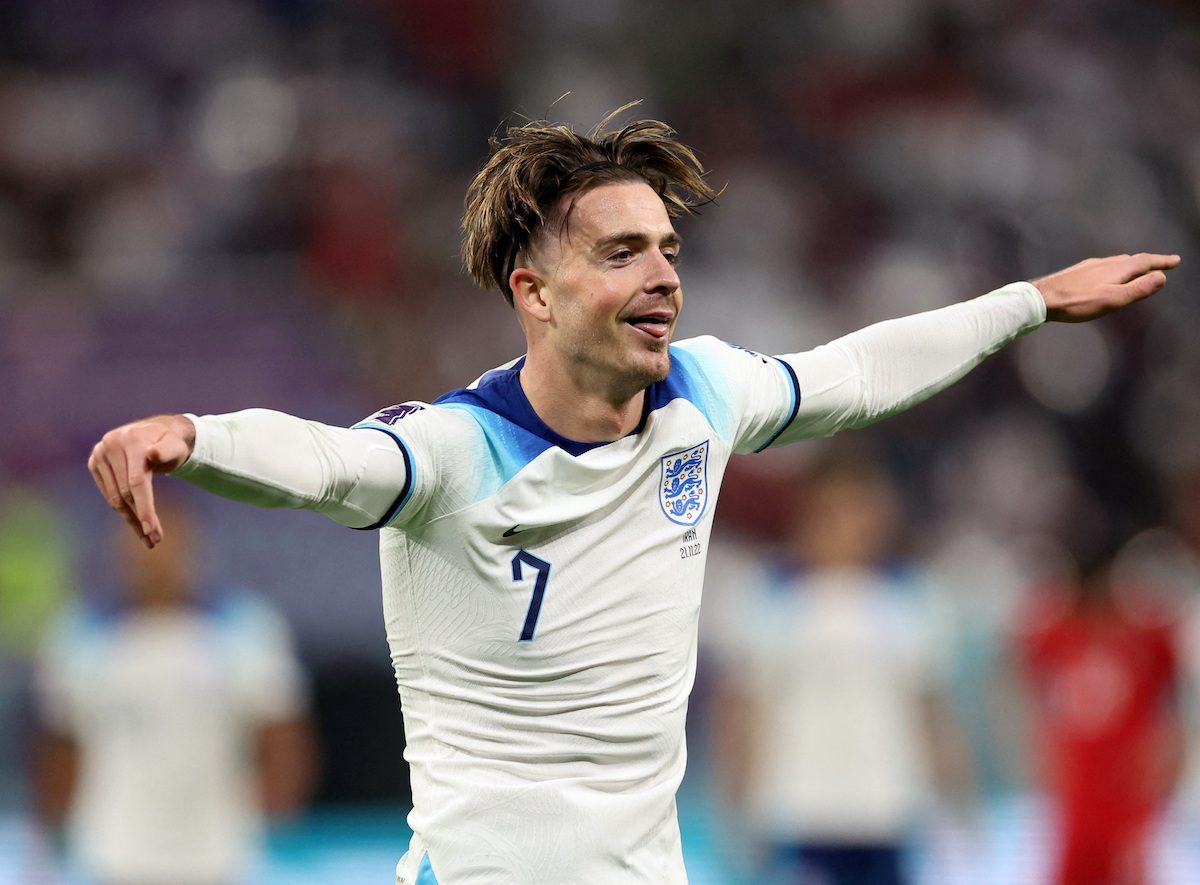 Facebook Twitter Copy URL
Copied
Vowing to do a dance celebration for a fan with cerebral palsy, Jack Grealish stays true to his word as he scores his first FIFA World Cup goal for England

MANILA, Philippines – England and Manchester City player Jack Grealish delivered on his promise to a young fan with cerebral palsy after scoring his first FIFA World Cup goal in Qatar.

Grealish vowed to do a dance celebration for 11-year-old Finlay Fisher and stayed true to his word as he drilled in the last goal for England in a 6-2 manhandling of Iran in their World Cup opener last Monday, November 21.

“To be fair, I did not think I was going to score because the game was a bit gone by the time I had come on. I was buzzing to get a goal [so] I could do my little celebration just for you,” Grealish told Fisher in a video call.

“You were always in the back of my mind.”

A Manchester City fan, Fisher wrote to Grealish to express his admiration for the 27-year-old winger, whose sister Hollie also has cerebral palsy.

“I love the way you’re really good with your sister. You really get it,” Fisher wrote. “I wish there were more people in the world just like you who treat people with disabilities the same as anyone else.”

“Makes me really happy to see you, a famous footballer, to know what it is like to live with people with cerebral palsy.”

The two met before the World Cup and Fisher asked Grealish to do the “worm” – a breakdancing move – the next time he scored.

In fear of injury, Grealish negotiated for a different celebration and Fisher settled for the dance with wavy arms instead.

“I cannot believe it. He did that for me. It is just so extraordinary,” Fisher told Sky Sports News in an interview. “If everyone is as nice to each other, they deserve good things that happen to them.”

Currently at the top of Group B, Grealish and England return to action against the United States on Saturday, November 26. – Rappler.com