Jersey will be ready if Messi decides to play at next World Cup, says Scaloni 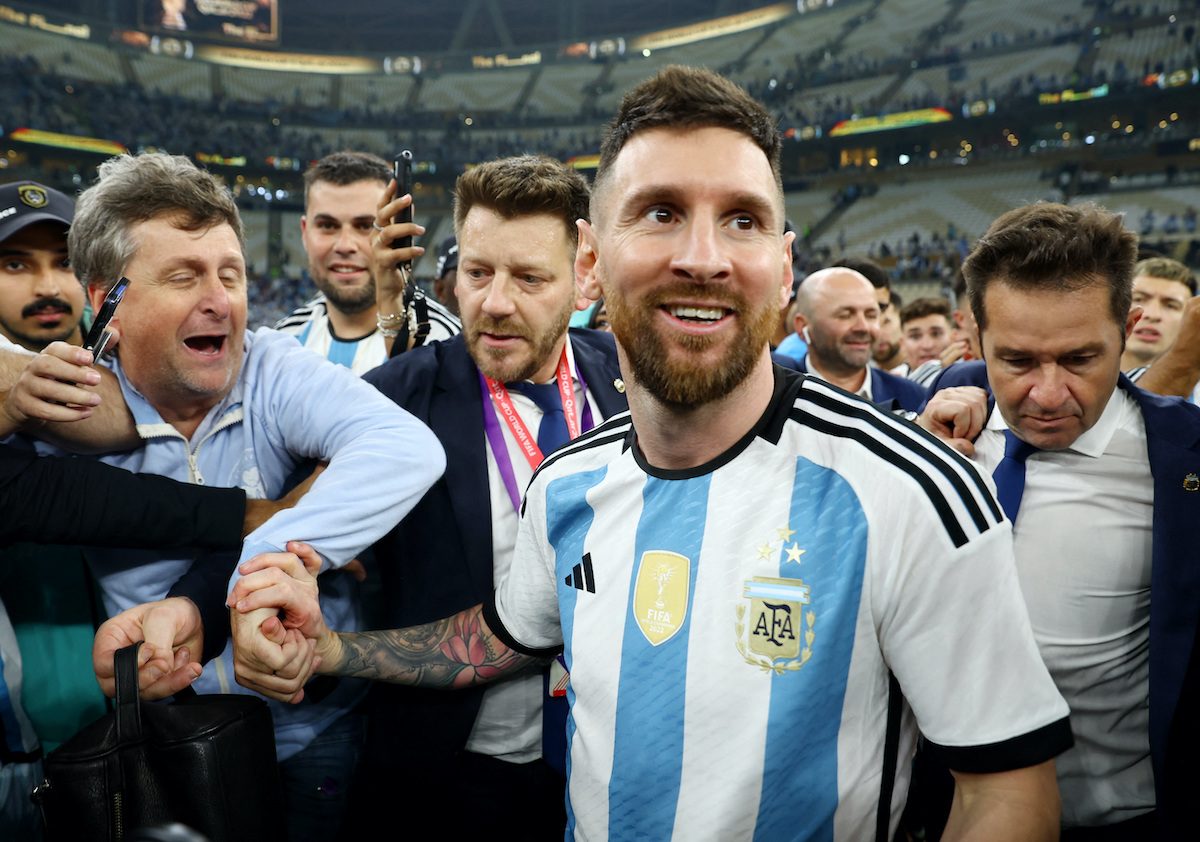 SENSATIONAL RUN. Lionel Messi achieves a lifelong dream as he and Argentina win the World Cup.

Facebook Twitter Copy URL
Copied
'I think we should keep the No. 10 jersey prepared for the next World Cup if he [Lionel Messi] feels like playing,' says Argentina manager Lionel Scaloni

LUSAIL, Qatar – Argentina manager Lionel Scaloni said that he will keep Lionel Messi’s jersey ready in case the talismanic captain wishes to play at the next FIFA World Cup after he ended the country’s 36-year wait to hoist the golden trophy again.

On a night of high drama, Messi scored two goals and again in the shootout as he led Argentina to an emotional 4-2 win on penalties over France on Sunday, with the match ending in a 3-3 draw following 120 minutes of breathtaking action.

After finally fulfilling a lifelong dream by lifting the ultimate prize in world soccer, many thought the 35-year-old Messi may never again come out wearing the famed blue and white stripes of Argentina. But within a few moments, Messi declared that he does not plan to retire from international duty in near future.

It was a decision welcomed by his coach.

“I think we should keep the No. 10 jersey prepared for the next World Cup if he (Messi) feels like playing,” Scaloni told a news conference.

“He earned the right to do whatever he wants with his career. What he transmits to his teammates is incredible. I have never seen such an influential person in the changing room.”

Scaloni said following last year’s Copa America triumph, when they beat Brazil in the final, they started to feel unbeatable.

“After (we beat) Brazil, I had a conversation with Messi… (and explained) we had a big task in-front of us, people from our country were starting to believe (in our World Cup chances), to hope, and pressure was rising,” said Scaloni.

“He told me that ‘We have to keep going, nothing else matters’ and that gave me a tremendous emotional boost.”

“I realized that we were on the verge of (achieving) something (big).”

With the World Cup triumph coming just two years following the death of Diego Maradona, who had famously led Argentina to its last title in 1986, an emotional Scaloni said: “I only now realize that Maradona is not with us anymore and that makes me think that he will be happy and proud of us from where he is.”

“If he was here, he would have been the first fan to step in pitch to celebrate with us. I hope he has enjoyed what we accomplished.”

He also wept as it dawned on him what the win meant to the millions of people who had followed the team’s journey from home, including his family and friends.

“It wasn’t in my plans being world champion. It’s madness,” Scaloni said.

“That is no bigger pride of representing your country and I hope we made our fans proud.” – Rappler.com