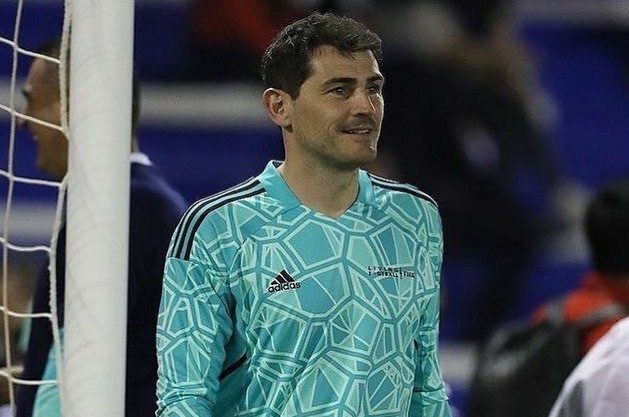 SORRY. Iker Casillas has apologized to his fans and the LGBTQ community.

Australia’s first openly gay footballer, Josh Cavallo, criticized Iker Casillas for being “beyond disrespectful” and joking about coming out after a post on the former Spain and Real Madrid goalkeeper’s Twitter account said he was gay.

A post on Casillas’ official account on Sunday said: “I hope you respect me: I’m gay” to which former Barcelona defender Carles Puyol responded: “The time has come to tell our story, Iker.”

The post on the Casillas account was later deleted and he said his account had been hacked and he apologized to his fans and the LGBT community, as did Puyol for what he said was a “clumsy joke.”

Cavallo criticized the Spanish duo for making fun of the issue.

“@IkerCasillas and @Carles5puyol joking and making fun out of coming out in football is disappointing,” Cavallo, who became the first active A-League player to come out as gay last year, said on Twitter.

“It’s a difficult journey that any LGBTQ+ people have to go through. To see my role models and legends of the game make fun out of coming out and my community is beyond disrespectful,” Cavallo said.

Casillas and Puyol did not immediately respond to a request for comment.

Spanish media reports said Casillas’ initial Twitter post could have been in response to the speculation about his private life following his separation from Sara Carbonero last year. – Rappler.com