Magical Messi hoists World Cup after final for the ages 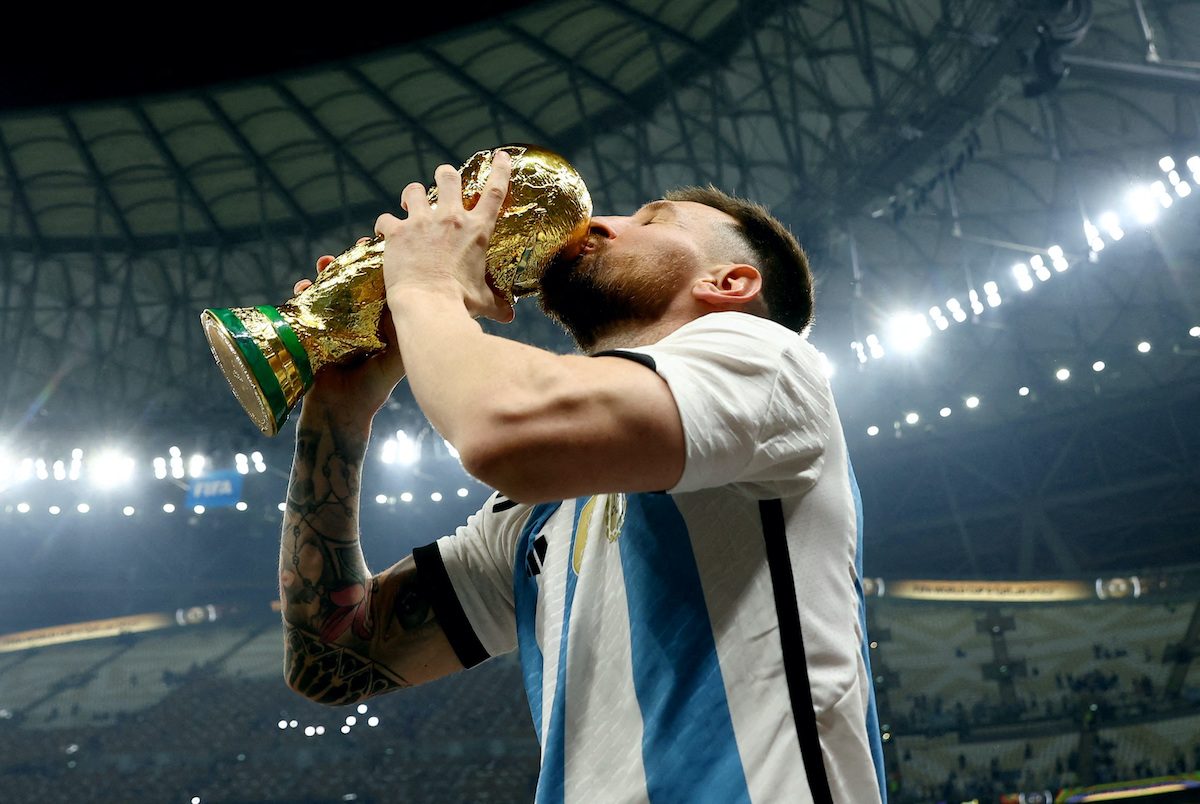 His Argentina soccer shirt covered by the bisht the Emir of Qatar had just draped him in – the cape reserved for top officials and sheikhs. He smiled, he paused, then he hoisted high the World Cup, a lifetime’s dream realized.

For all the accolades, all the awards, the riches, titles, and silverware, there had been one stain on his career resume, and it was one he erased forever on a magical World Cup night for Argentina.

“It’s anyone’s childhood dream,” Messi said. “I was lucky to have achieved everything in this career… and this one that was missing is here.”

“It’s madness… look how she (the World Cup) is, she’s gorgeous. I wanted her so much. I had a vision that this would be the one… she was getting closer.”

On this patch of green in the Qatari desert, all that mattered to the 35-year-old was to deliver the much-yearned-for World Cup to Argentina, and he did so with a virtuoso performance against defending champions France in what transpired to be a final for the ages.

Having steered Argentina to a 2-0 lead which it blew in the final 10 minutes, he then put them ahead in extra time, before finally converting his penalty in the shootout which they ultimately won.

As tens of thousands of Argentines packed into the febrile stadium jumped and hugged and cried and screamed, so too did the Argentine team, sobbing freely and mobbing the man who has been their talisman for a generation.

It had taken five attempts, and a record 26 World Cup finals matches, but the boy from Rosario – the farm hub city some 300 kilometers north of Buenos Aires – finally delivered to lift himself alongside that other Argentina footballing deity, Diego Maradona, who had taken his nation to the title in 1986.

“We suffer, but we already have it (the World Cup),” Messi said. “I wanted to close my career with this, I can no longer ask for anything else, thank God, he gave me everything.”

This Argentina side had arrived in Qatar described by some, unkindly, as “Leo Messi and 10 other guys.” A lackluster defeat at the hands of Saudi Arabia in their first match did little to dispel that notion.

He had arrived in Qatar with the dreams of a nation on his shoulders once again.

Eight years ago in a World Cup final in Rio de Janeiro, Messi had been muted, not magical, and had seemed wearied by the weight of expectation as Argentina fell in the final to Germany.

This time, though, he wore it lightly, seemingly inspired by the desperation seeping from every voice in the stands.

The victory was the culmination of an extraordinary career, which has seen him voted the world’s best player a record seven times.

He has won a Copa America, 11 league titles, four Champions League crowns, three Club World Cups, and three UEFA Super Cups. Now he has the most coveted one of all. – Rappler.com