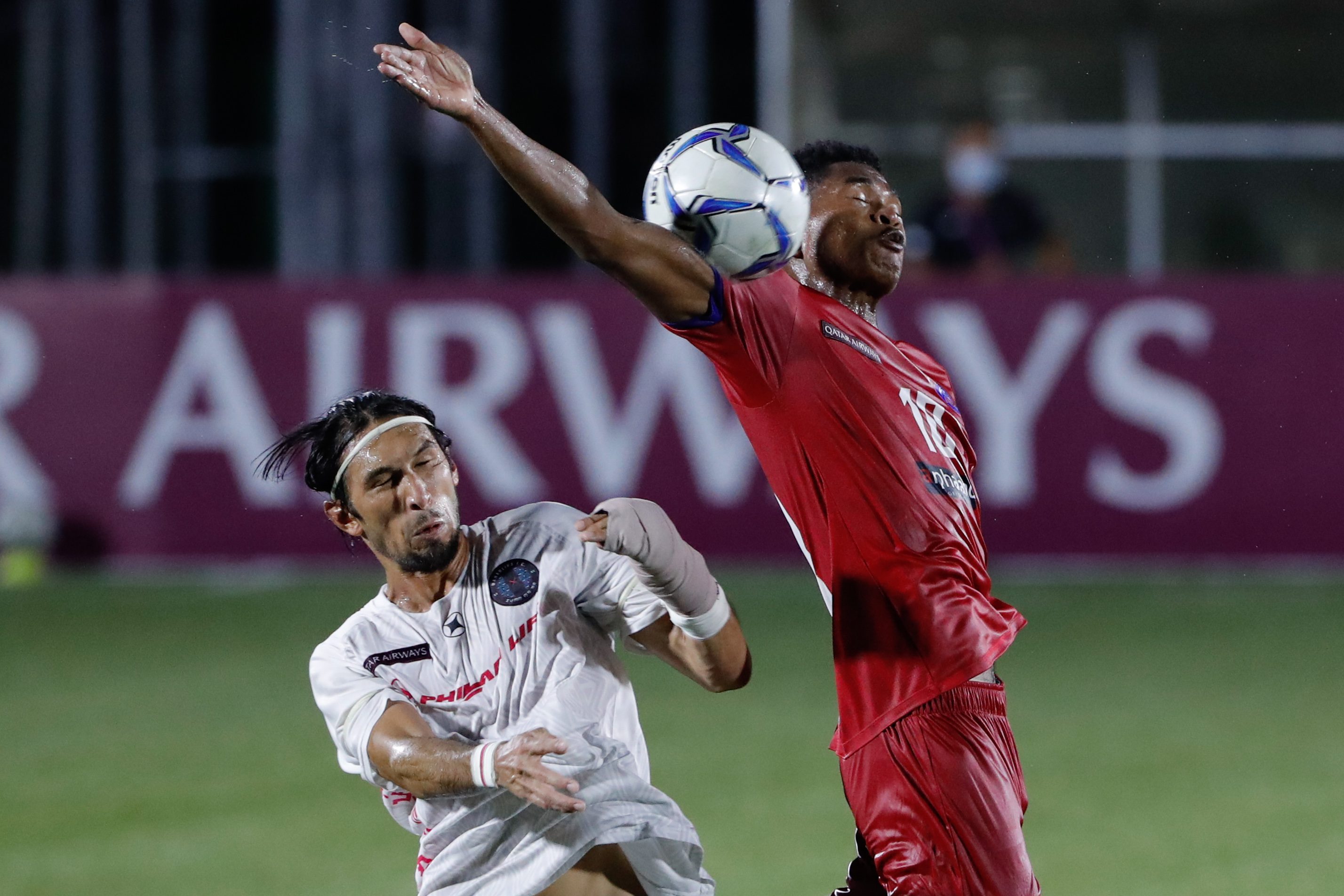 Heading into its final match after a sorry 5-0 loss to the Under-23 national team squad, Maharlika Manila FC aims to do better to continue establishing itself in the Philippines Football League (PFL).

“I think that one thing we still have to do better is that this still is a new club and this still trying to establish [ourselves] in this professional league,” said Maharlika head coach Roxy Dorlas.

“So it’s very important to us right now how we respond to this result and getting the players mentally focused and fit for this upcoming match,” Dorlas said.

The coach admitted that the team started to lose composure after they yielded a debatable penalty at the 58th minute of their match against the Azkals Development Team (ADT).

“It all started with some poor decisions, some poor calls of the referees and it kind of affected the players’ emotions. I think as soon as we got the first goal against us – the penalty against us – we weren’t mentally tough enough to respond and we started to play like 11 individuals and not like a team anymore,” added Dorlas.

Lance Ocampo, who entered at the 55th minute mark for Carlo Dorin, bursted through the right flank as he looked to break the deadlock on the counter-attack, but was tackled clean – just a few inches outside the penalty box – by David Fornea.

Fornea then made a timid pass to David Basa, who was static as he was unsure if his teammate’s tackle was a valid one. Chima Uzoka then capitalized on Basa’s hesitation and intercepted the ball.

A quick sliding tackle from Fornea soon followed before the assistant referee near the play put up his offside flag. It got the attention of the referee and immediately pointed for a penalty kick as the linesman moved down the goal line.

The appeals of team owner and center back Anton del Rosario and team captain Jerry Barbaso fell on deaf ears as the controversial call stood with the ADT team captain Jarvey Gayoso converting his first of two goals in the blowout.

The referee also decided to flash a red card on Del Rosario, who will be on the sidelines during Maharlika’s final match against Mendiola FC on Monday, November 9 at 4:30pm.

“It was a questionable decision of the referee to give that penalty and I think the players wanted to respond by scoring right after and it didn’t happen,” explained by Dorlas.

“The gaps started to open up and there was enough space for ADT to work with and we conceded the second goal right after,” he said.

Yannick Tuazon misplaced a pass which allowed Troy Limbo to intercept the ball and give it to Yrick Gallantes, who promptly passed it to Marvin Angeles near the center circle. He then swung the ball to the right side for Lyngbo to chase down.

The right back found Angeles once again, who suddenly released a through ball for the running Ocampo. The 18-year-old substitute continued his run towards the penalty box before cutting it back for the trailing Gallantes to complete the outstanding team play at the 65th minute. – Rappler.com